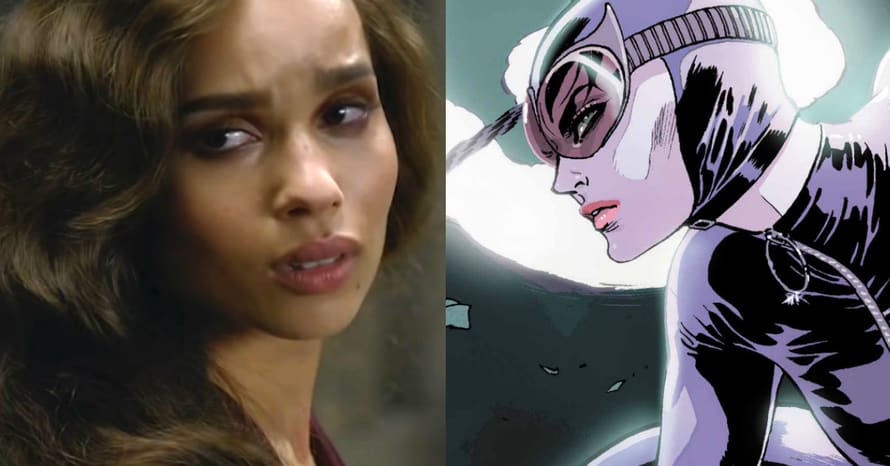 Zoë Kravitz has given us our first hint as to what to expect out of Catwoman’s suit in the upcoming Robert Pattinson film The Batman.

There is still a lot that we do not know about the upcoming The Batman. The popular rumor is that it will be based in some way on the 1996/1997 comic, Batman: The Long Halloween, and will include several of the Caped Crusader’s most iconic villains. Among these will be Zoë Kravitz as Catwoman. The exact nature of their relationship is in the upcoming film is currently unknown but we now have a few hints as to what the character’s outfit will look like.

Shayan Sobhian Upped To Series Regular In ‘Legends Of Tomorrow’

While appearing on the Happy Sad Confused podcast, Zoë Kravitz talked about Catwoman’s suit and revealed that, had production now shut down, it would have been revealed by now:

“Matt Reeves is very much about process, the whole thing designing the suit began with conversations between me, Matt, and Jaqueline. We kinda birthed this thing together and there are references to the year of the comic we’re dealing with It’s cool! If this production shutdown hadn’t happened it would’ve already come out by now. I love it!”

What do you think Catwoman’s suit will look like in Robert Pattinson’s The Batman? Are you looking forward to Zoë Kravitz’s take on the iconic character? Let us know what you think in the comments below!

Plot details for the upcoming Batman film are under wraps but the project will be centered on Robert Pattinson as a younger Caped Crusader during his early years as Gotham City’s protector. The Batman will also feature the titular character making use of his detective skills more than what we’ve seen before in previous versions. The film is also expected to be the first installment to a new trilogy with Pattinson as Batman.

Directed by Matt Reeves from a script he co-wrote with Mattson Tomlin, the film stars Robert Pattinson as the Caped Crusader, Zoe Kravitz as Catwoman, Paul Dano as the Riddler, Jeffrey Wright as Commissioner James Gordon, John Turturro as Carmine Falcone, Peter Sarsgaard as Gil Colson, Jayme Lawson as Bella Reál, with Andy Serkis as Alfred Pennyworth, and Colin Farrell as the Penguin.

The film is currently scheduled to hit theaters on October 1, 2021. Stay tuned for all the latest news on The Batman and be sure to subscribe to Heroic Hollywood’s YouTube channel for more video content!

Brandon Gibbs’ Mom Cries: NO! You and Julia Can NEVER Leave My Farm!

Kelley Flanagan May Well Be the Next Bachelorette: Would You Love to See It?

Mike Sorrentino: I’m 5 Years Sober … And I Hope I’m Not Going Back to Jail!

Chloé Zhao Wins Palm Springs Film Fest’s Director of the Year Award, Is the First Woman to Win the Honor