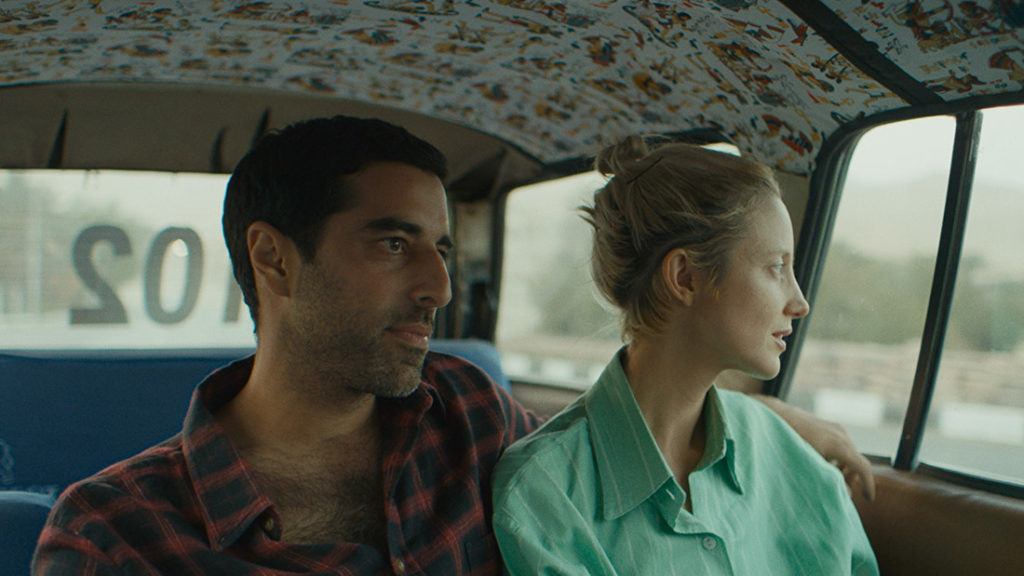 At a time when most of us are stuck at home, Zeina Durra’s latest offers a powerful reminder of what it’s like to explore a country other than your own. “Luxor,” her sophomore feature, is set and filmed in Egypt and tells the story of Hana (Riseborough), a British aid worker who returns to Luxor and reconnects with Sultan (Karim Saleh), an archaeologist and her former lover. The pair walk through ancient ruins discussing their shared history and looking onward. Samuel Goldwyn just snagged North American rights to the pic. Deadline broke the news.

Penned by Durra, “Luxor” made its world premiere at Sundance earlier this year and is expected to get a late 2020 release.

“It’s a reflective film about the past, processing it, and not finding an immediate solution but [instead] giving life — or just feeling things again — a chance. There is a sense of mourning something — be it youth or purity — as an inexperience which leads to absolute optimism, and maybe realizing for the first time that some decisions you make might be harder to change,” Durra told us. “I think the older you are, the more numb you can get, as it’s not the first time you are hurt, or disappointed, or have experienced trauma and you can just shut down.”

“In a time when traveling is difficult for many of us, Zeina Durra’s film transports us to the breathtaking sites of ancient and modern Egypt,” said Peter Goldwyn. He described “Luxor” as a “beautifully shot film filled with great performances from the leading cast.”

Durra made her feature directorial debut with 2010’s “The Imperialists Are Still Alive!”

“The Grudge,” “Nancy,” and “Mandy” are among Riseborough’s recent credits. The “Birdman” actress’ upcoming projects include Stacy Gregg’s “Here Before,” a psychological thriller about a bereaved mother who begins to question her reality after new neighbors move in next door, and “Geechee,” a supernatural story that follows a scientist who is haunted by her new home’s history.