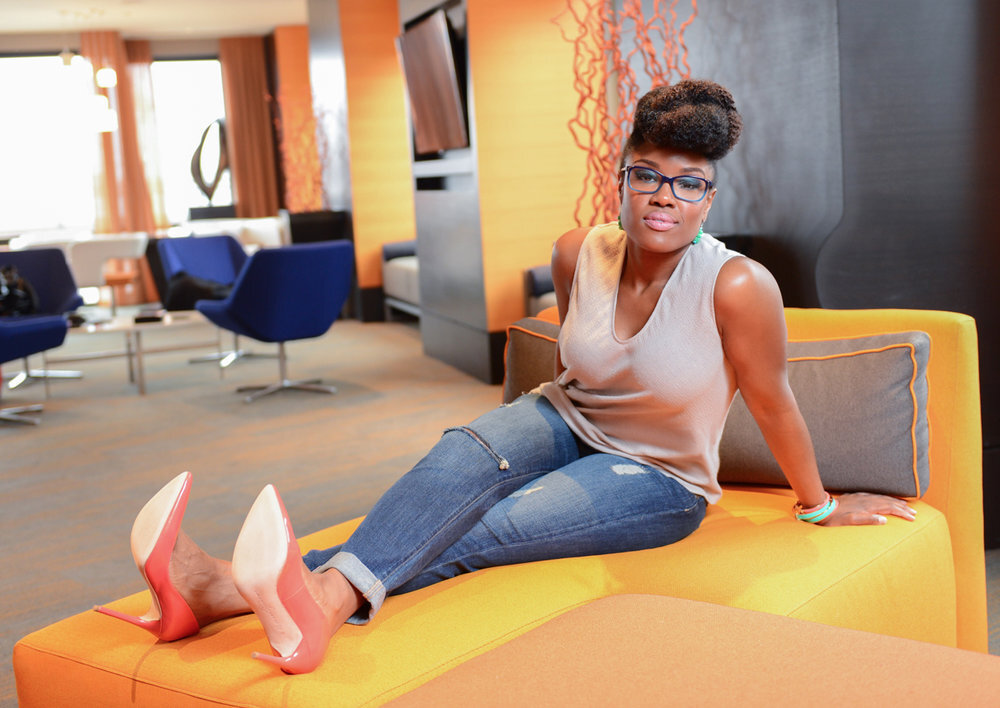 
“It made sense at the time,” Akilah Green notes about abandoning her law career to pursue comedy full time. As a lawyer, she represented huge corporations like Starbucks and Delta Airlines, and while this, to many, can be seen as the pinnacle of success, Green explains “it wasn’t her dream.” Since making this bold, inspirational move away from someone else’s dream, Green has written for “Chelsea,” “A Black Lady Sketch Show,” “Perfect Harmony,” and the Emmys. As is highlighted on her website, she also hopes her writing credits (and eulogy) make reference to how good she is on Twitter — her pandemic content has been top notch.

Representing Black women and writing from cultural experience is a professional and personal imperative for Green. In a conversation with fellow “A Black Lady Sketch Show” writer Ashley Nicole Black, Green explains that she wants her dream-seeking move and work to serve as motivational inspiration for other artists: “I want aspiring writers and performers to see us and be like, ‘oh, that’s a job?!,’” she said. “And then secondarily I want them to be like, ‘and then Black women did it.’”

Green has also modeled transparency in her pursuit to inspire and support other artists, especially Black artists, who are trying to break into the world of screenwriting. During a Q&A for Women’s Weekend Film Challenge, Green outlines how she approaches sketch writing and how networking enabled her to progress in her career. She notes that while she feels like she sounds “lame” when talking about “following up on connections,” she concludes that “it’s how it happens,” and recommends having sketches and other material ready to share when opportunities arise.

In the same conversation, Green points out how Black women and other minoritized groups are often not afforded the same networking opportunities as white men. “A Black Lady Sketch Show” seems to have been a breath of fresh air for Green, and she references her work on the “Courtroom Kiki” sketch, as it perfectly captures “the joy Black women, or any marginalized group, feel when they walk into a room and see someone who is like you — that’s what it’s like writing on ‘A Black Lady Sketch Show.’” She contrasts this with being the only woman and/or person of color in other writing rooms to emphasize how important it is to have diverse insights at all stages of production.

Green has elsewhere discussed the need for representative role models for historically excluded voices in writer’s rooms. During a large Hollywood Reporter roundtable with Lena Waithe’s Black Women Who Brunch, Green offered a critique of “diversity” as a numbers game, and highlighted how power informs the stories being told and who is protected and affirmed as a storyteller: “What’s at least as important as the number of women and people of color in the room is that the people in charge believe not only in diversity but also in inclusion, in being allies and amplifying underrepresented voices. When you have women and people of color in the room but don’t actually empower them to speak up and don’t listen to them when they do, you end up with Kendall Jenner’s Pepsi commercial.”

In addition to her comedy writing, Green’s work can also be found in The New York Times and The Root. Next, Green is writing and executive producing “Nate’s,” a half-hour comedy about a “black-owned, Washington D.C. dive bar.” In territory that is reminiscent of Green’s earlier life, the bar has clientele composed of “congressional staffers, Metro workers, Beltway socialites, and other regulars.” Green noted on Twitter that Nate is her dad’s name.

“A Black Lady Sketch Show” has been renewed for Season 2, with a premiere date TBD. “Nate’s,” is now in development at ABC.