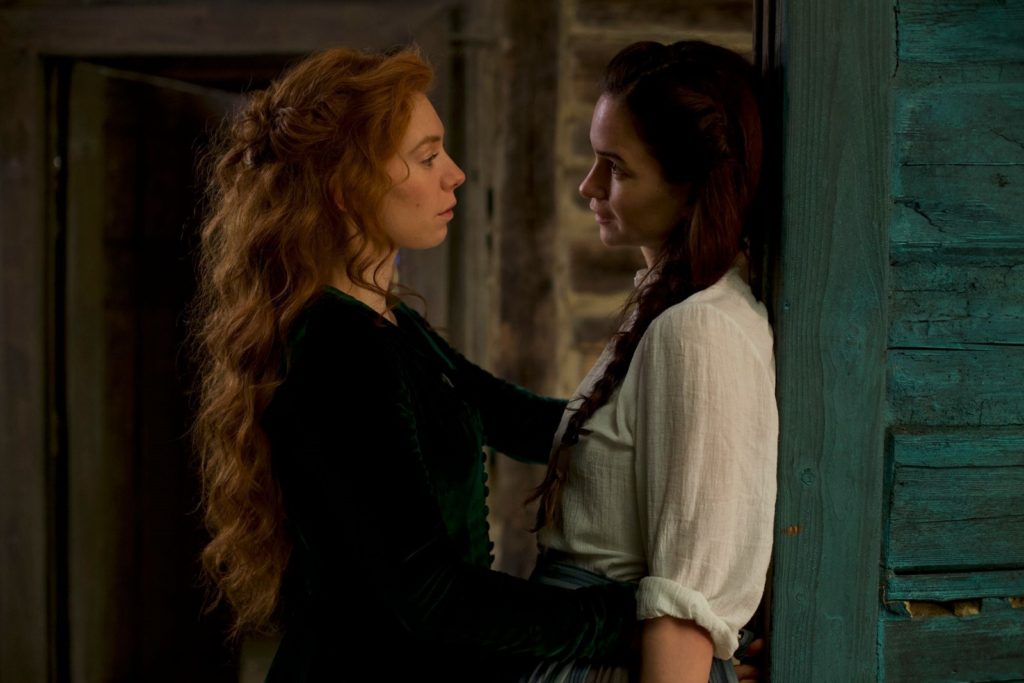 “The World to Come”

“It’s been my experience that it’s not always those who show the least who actually feel the least,” says Vanessa Kirby in a new trailer for “The World to Come.” The “Pieces of a Woman” Oscar hopeful stars alongside “Fantastic Beasts” actress Katherine Waterston in Mona Fastvold’s romance.

Set in the 19th century in the American Northeast, “The World to Come” follows Abigail (Waterston), a soft-spoken farmer’s wife, and Tallie (Kirby), her new neighbor. The former is grieving the loss of a child along with her husband (Casey Affleck) and the latter is struggling to maintain some independence living under the same roof as her controlling and jealous husband (Christopher Abbott).

Abigail and Tallie form a close friendship that transforms into something more. “Do you know what memory it is that I most cherish?” Tallie asks. “It’s of your turning to me with that smile once you realized that you were loved.”

When we asked Fastvold, who made her feature directorial debut with 2014’s “The Sleepwalker,” what she wants audiences to think about after watching “The World to Come,” she said, “Were it not for characters such as these two women, a woman like myself may not have had the opportunity to tell this story or make this film. That was on my mind. Their expedition into the unknown is allegoric of the travails of women past and present.”

“The World to Come” made its world premiere at last year’s Venice Film Festival. The drama is set to screen at Sundance Film Festival, which is taking place virtually this year due to COVID-19, later this month. You can catch it in theaters February 12 and on digital March 2.