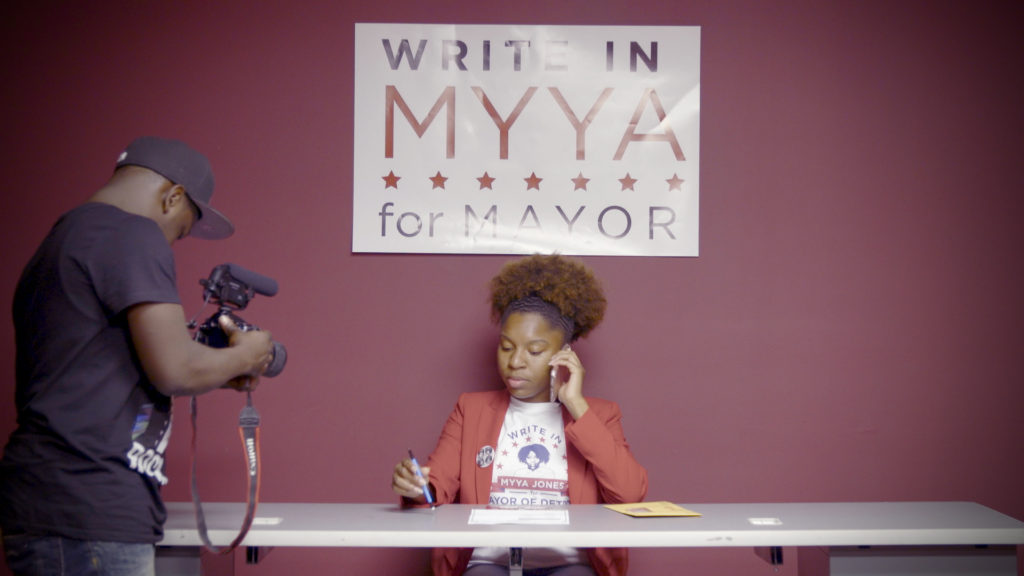 Myya Jones, Bryn Bird, and Julie Cho each run for office and — in one way or another — take on politics’ boys’ club in “Represent.” A trailer for Hillary Bachelder’s feature debut has dropped, along with news that the doc has been acquired by Music Box Films.

Jones is a young Black Democrat hoping to be Detroit’s next mayor. “A lot of times people want the Black woman vote because we’re the backbone of the Democratic Party,” she says in the spot, “yet they pick the candidate that’s less Black and less woman.” In other words, the party needs Black women voters, but isn’t very supportive of Black women candidates.

Bird is a Democrat hoping to make her rural Ohio community more progressive with her township trustee candidacy. “I just didn’t understand the power of that conservative network,” she admits in the trailer. “You know that they don’t want women running.” The “they” she’s referring to appears to be white men.

Cho is a Korean immigrant in Evanston, Illinois’ state representative race. “I guess I’m a Republican but mostly I am someone who has absolutely no trust in any government,” she says with a laugh. “If I want to make a difference, this is my chance,” she explains. “The Republican Party’s [made up of] old white men — we’ve got to change the party.”

Several docs chronicling women’s political influence and aspirations have debuted over the past couple years. “And She Could Be Next,” from Grace Lee and Marjan Safinia, unpacks the vital role women of color are playing in modern American politics. It’s now available on “POV’s” website. Hannah Rosenzweig and Wendy Sachs’ “Surge,” a chronicle of the historic 2018 midterm elections — which saw a record number of first-time female candidates running for and winning political office — will hit theaters later this year. “Knock Down the House,” from Rachel Lears, traces the campaign journeys of Alexandria Ocasio-Cortez, Amy Vilela, Cori Bush, and Paula Jean Swearengin. The Sundance winner was one of our favorite documentaries of 2019.

“Represent” hits virtual theaters August 14, in honor of the 100th anniversary of women’s suffrage. A VOD release is planned for November.