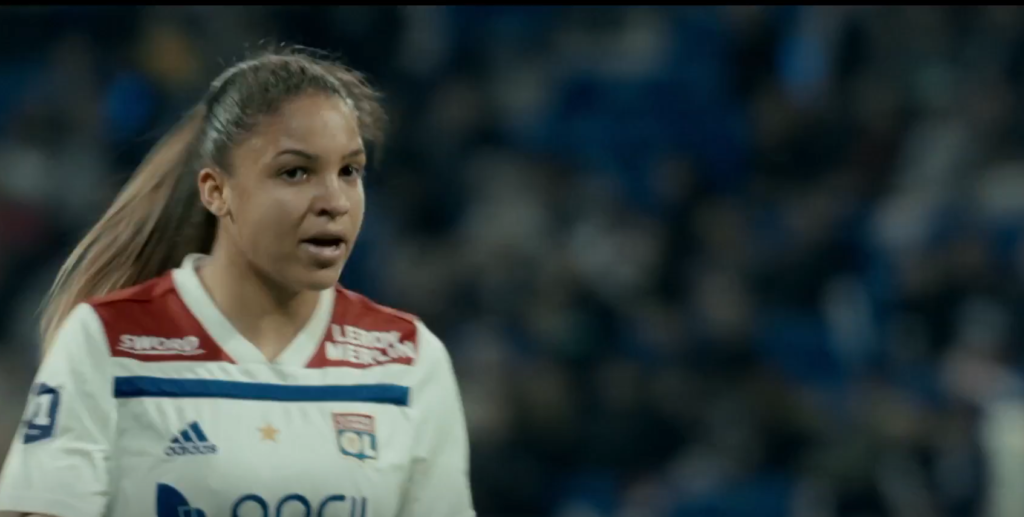 “I didn’t have a role model because I didn’t see any on TV. I didn’t know who was playing. When I started, I didn’t even know there was a national team,” says one of the characters featured in “The Squad #Notheretodance.” Described as “a journey deep into the heart” of the Olympique Lyonnais, the doc celebrates the French team, which has won six UEFA Champions League titles and is considered one of the best women’s soccer teams in the world.

Stéphanie Gillard’s portrait of the team is “an invitation to see women’s sports and the place they hold in professional sports in a new light; a universe where the values of respect and open-mindedness are indispensable mainstays in working toward equality.”

A trailer for the film sees team members killing it on the field and sounding off on sexism. “To not be treated with respect and to not be treated as a professional is far worse than Ada [Hegerberg] not getting the same amount of money as [Lionel] Messi or [Cristiano] Ronaldo,” one player explains.

“The Squad #Notheretodance” will be released in France September 2. No word on a U.S. release date. Check out the trailer, courtesy of Variety, below.