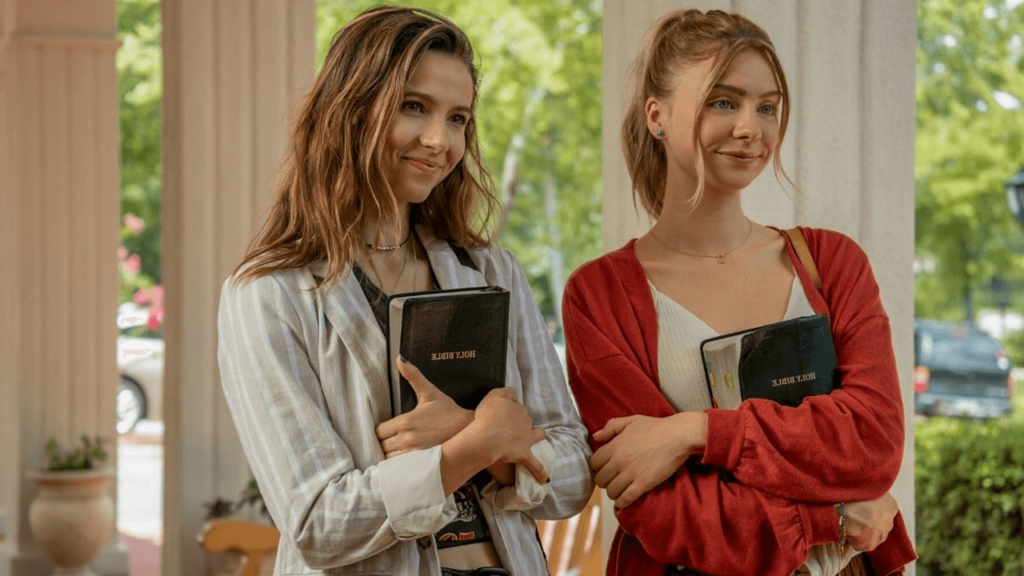 Sterling (Maddie Phillips) and Blair Wesley (Anjelica Bette Fellini) are determined to become the best bounty hunters in Atlanta, but they’re totally swamped. When they’re not bringing in fugitives, the fraternal twins are worrying about debate team, AP Chem, study hall, and their sex lives. A new trailer for “Teenage Bounty Hunters” sees the 16-year-old girls trying to keep their lucrative gig a secret.

“We are really nailing this work-life balance,” the girls boast. “Why do women complain so much? It’s super easy to have it all!” The spot for the Netflix comedy suggests that this balance may be more precarious than they’d like to believe. “I don’t know what you little tramps think you’re up to, but I know you’re lying,” a classmate warns them.