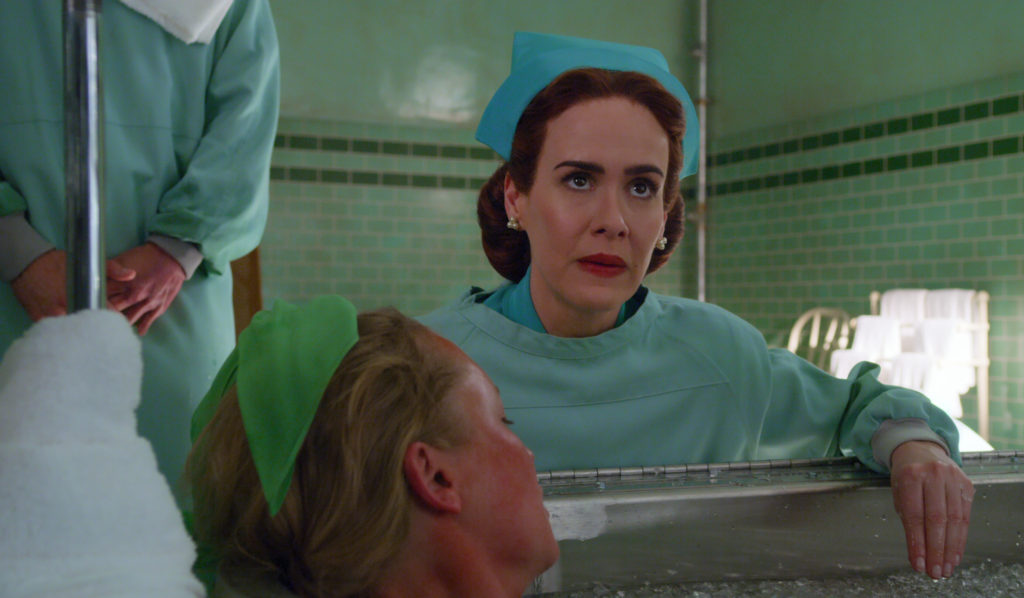 Sarah Paulson’s many collaborations with Ryan Murphy have seen her playing everything from a witch (“American Horror Story: Coven”) and Siamese twins (“American Horror Story: Freak Show”) to O.J. Simpson prosecutor Marcia Clark (“The People v. O. J. Simpson: American Crime Story”). A trailer just dropped for their latest effort, “Ratched,” a “One Flew Over the Cuckoo’s Nest” prequel that tells the story of Nurse Ratched.

The spot for the origin story, which is set in 1947, touches on Mildred Ratched’s (Paulson) time in the war and her move to Northern California, where she’s accepted a job at a psychiatric hospital that’s conducting new experiments.

“You have been subjected to enough pain, but you deserve someone to show you mercy,” she tells a patient. “How different I would be if someone had.”

“On a clandestine mission, Mildred presents herself as the perfect image of what a dedicated nurse should be, but the wheels are always turning and as she begins to infiltrate the mental health care system and those within it, Mildred’s stylish exterior belies a growing darkness that has long been smoldering within, revealing that true monsters are made, not born,” an official synopsis hints.

Published in 1962, Ken Kesey’s “One Flew Over the Cuckoo’s Nest” was adapted into a 1975 feature. Louise Fletcher won an Oscar for her portrayal of Nurse Ratched.