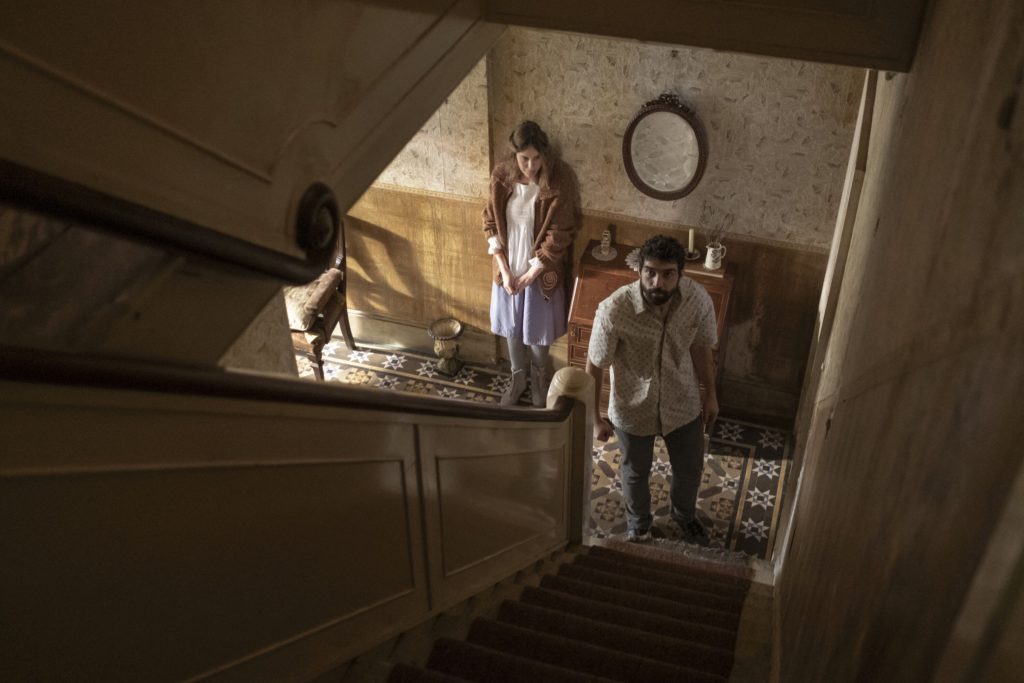 “There are many like you, Tomaz, who seek refuge here,” a nun tells a former soldier in a new trailer for Romola Garai’s “Amulet.” The house he’s moving into doesn’t exactly provide respite. An accident has left Tomaz (Alec Secareanu, “Strike Back”) homeless, and he accepts an offer to live and work with a lonely young woman and her dying mother — the latter of whom is also a demonic force.

Told to “try to make things bearable” for Magda (Carla Juri, “Blade Runner 2049”) and her elderly mom, Tomaz finds himself starting to fall for Magda despite being warned that she’s “young” and “could become attached.” He begins to notice strange and unexplainable things happening in the house — and within his own body and mind. “Something seems very wrong with the mysterious old woman who never leaves the top floor, and Magda may in fact be enslaved to do her otherworldly bidding,” the pic’s synopsis hints.

“I knew I wanted to write a container horror. Many of my favorite films are horrors or have a very dark sensibility, and it was my love for the genre and its unique ability to combine aesthetic beauty with pure emotion that made me want to attempt it,” Garai told us. “In my view, women’s lives are often ‘naturally’ horrific, as experiences like childbirth and living under patriarchy bring out those raw feelings of dread and terror in us anyway. But I also knew I wanted to do something playful with the genre, exploding or toying with some of the myths that exist in many of these films,” she explained.