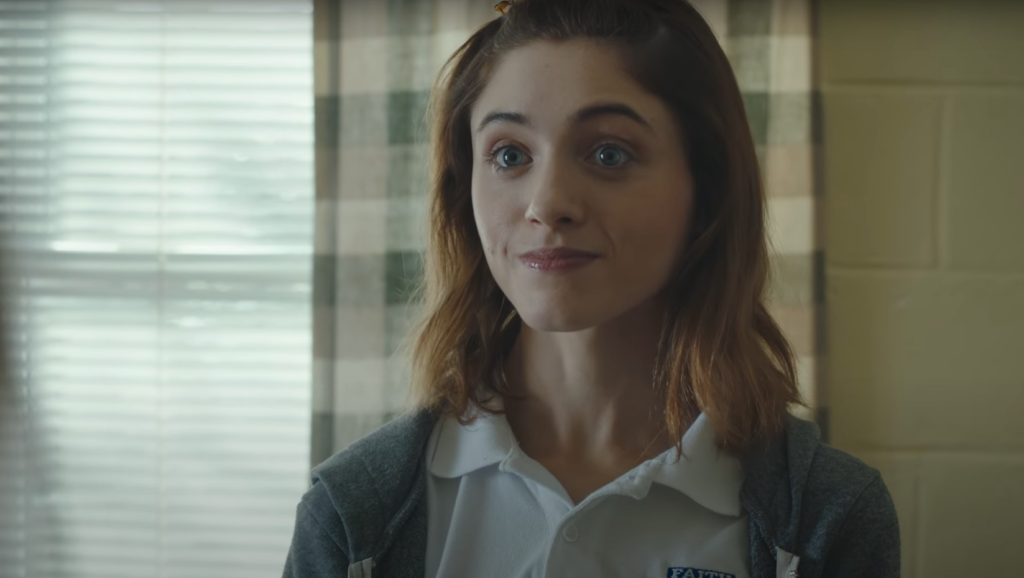 It’s clear that Alice is wrestling with what exactly it means to “honor” her body, especially in an environment where she’s made to feel ashamed of it. Eventually, Alice comes to understand that “we’re all hiding stuff — all kinds of stuff,” and she’s not the only one dealing with raging hormones.

“I wanted to make a coming-of-age film focused on female self pleasure,” Maine told us. “Many films that explore young women coming of age feature partnered sex, which is often depicted as painful and not very much fun. While that is a legitimate narrative,” she conceded, “young women are also exploring their own bodies for the first time at this age, but because there’s a lingering stigma around female sexuality it’s rarely portrayed on screen, even though the same narrative about young men has been shown in film and TV for a very long time. So I wanted to make a film about the female experience in the hopes that female sexual pleasure will become a bigger part of the conversation,” she explained.

Best known for playing Nancy on “Stranger Things,” Dyer’s other credits include “Velvet Buzzsaw” and “I Believe in Unicorns.”

“Yes, God, Yes” made its world premiere at the 2019 edition of SXSW Film Festival. The pic launches in virtual cinemas and drive-ins July 24 and digital and VOD July 28.