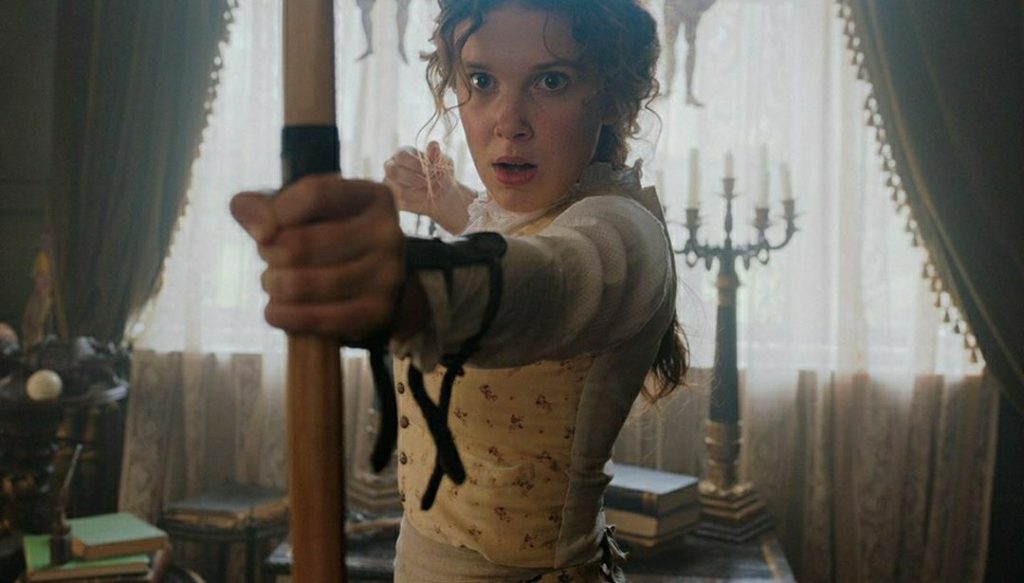 Enola (Brown) and her mother (Helena Bonham-Carter) have always been inseparable — until the latter goes missing. “Unlike most well-bred ladies, I was never taught to embroider. I was taught to watch and listen. I was taught to fight,” Enola hints. The teen is going to apply all of the lessons her mother has taught her to solve her disappearance. Her brother Mycroft (Sam Claflin) is concerned about how such a “wild” child” raised by a “wild woman” will be made acceptable for society, though Sherlock (Henry Cavill) recognizes that she “seems intelligent.” Fortunately, Enola has a plan to keep both of her siblings out of her way.

“There are two paths you can take, Enola — yours, or the path others choose for you,” her mother says. It’s clear which path Enola has chosen to embark on.