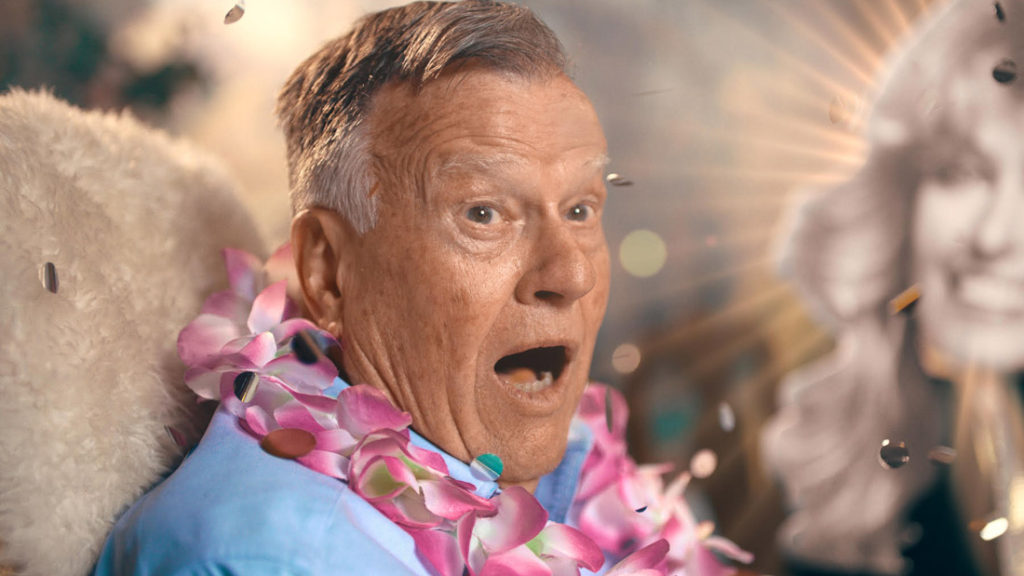 “Dick Johnson Is Dead” sees a filmmaker struggling to come to terms with her father’s mortality. “Just the idea that I might ever lose this man is too much to bear,” says Kirsten Johnson in a trailer for her new doc. In an effort to simultaneously keep her father alive forever and help her cope with his inevitable demise, she decides to make a movie about him dying, staging elaborate, inventive death scenes and recording them. As the film’s titular character explains, “[Kirsten] kills me. Multiple times.”

The spot shows Johnson directing her father as he lies at the bottom of the stairs, surrounded by fake blood. It also touches on how Dick feels about aging and what is described as “the beginning of his disappearance.” “The thing I hate most about my memory loss is that it hurts people’s feelings,” he shares.

“This film is evidence of how desperately I don’t want my dad to die,” Johnson told us ahead of the film’s world premiere at Sundance. “My greatest wish is that it opens the space for anyone who watches it to think about our shared territory of what it means to love and to question how in the world we can face dying.”

Johnson most recently directed 2016’s “Cameraperson,” a visual memoir. Her credits as a cinematographer include “Citizen Four,” “The Invisible War,” and “Fahrenheit 9/11.”

Described as “a love letter from a daughter to a father, creatively blending fact and fiction to create a celebratory exploration of how movies give us the tools to grapple with life’s profundity,” “Dick Johnson Is Dead” debuts on Netflix October 2.