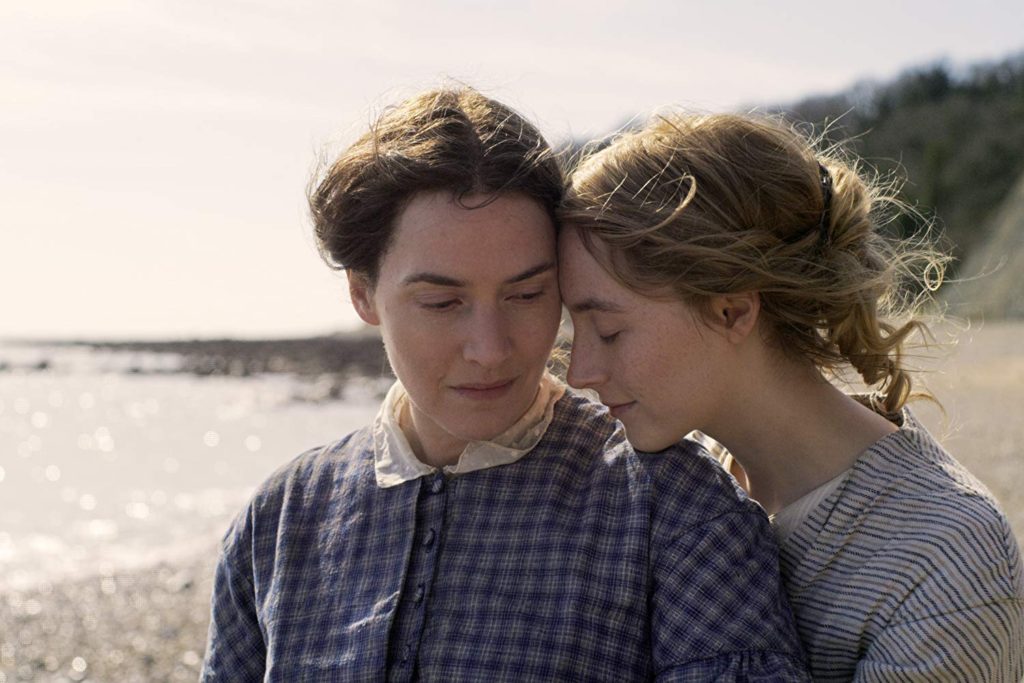 “I don’t want to go back to the life I had before you,” Saoirse Ronan tells Kate Winslet in a new trailer for “Ammonite.” Set in 1840s England, the romantic drama tells the story of Mary Anning (Winslet), a brilliant but overlooked fossil hunter, and Charlotte Murchison (Ronan), a young woman sent to convalesce by the sea.

According to Charlotte’s husband, she “suffers from melancholia.” He’d like her to join Mary as she walks the shoreline looking for artifacts and to learn from her. Though Mary isn’t “looking for an apprentice,” she agrees to his request on the condition that he pays her a premium. Charlotte, who doesn’t like the water, seems unenthusiastic about the arrangement, but the trailer suggests that she develops a passion for fossil hunting — and for Mary. The women fall in love, “altering both of their lives forever,” the film’s synopsis hints.

Winslet won an Oscar in 2009 for “The Reader.” She’s also received nods for “Steve Jobs,” “Little Children,” “Eternal Sunshine of the Spotless Mind,” “Iris,” “Titanic,” and “Sense and Sensibility.”

A four-time Oscar nominee, Ronan has been recognized for her work in “Little Women,” “Lady Bird,” “Brooklyn,” and “Atonement.”

“Ammonite” hits theaters November 13. The film, which is written and directed by Francis Lee (“God’s Own Country”), will make its world premiere at the Toronto International Film Festival in September.