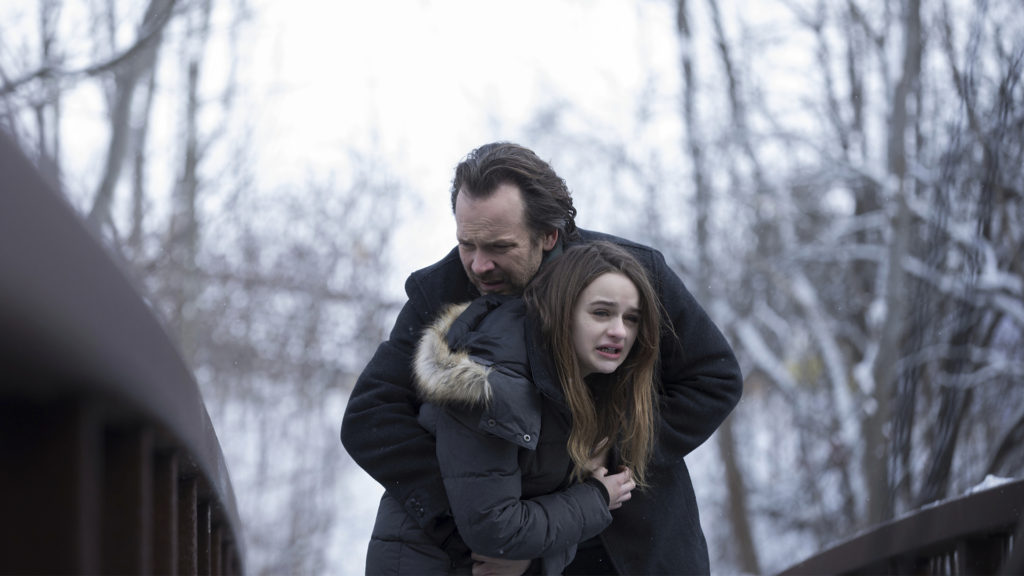 “How do you undo something really bad?” asks Joey King in a new trailer for “The Lie.” Veena Sud’s latest sees the “Act” actress playing a Kayla, a teenager who confesses to impulsively killing her best friend. The psychological thriller marks a reunion for Sud and “The Killing’s” Mireille Enos, who plays Kayla’s mother, Rebecca.

After pushing her friend off a bridge to a watery grave, Kayla immediately tells her father (Peter Sarsgaard) what happened. Rather than going to the police, he and Rebecca attempt to cover up her crime, which they are convinced will be considered second-degree murder.

“In the film, there’s the teenage girl who commits the crime, and her best friend who’s the victim. And though this is a story about one family, it’s also a microcosm of bigger issues we’re facing today in the U.S. around race, around whose children matter and whose don’t,” Sud told us ahead of “The Lie’s” world premiere at the 2018 Toronto International Film Festival. “Look at what’s happening on the U.S. border to children, what’s happening internationally to Syrian children fleeing war.”

King received an Emmy nod for “The Act.” She was last seen in “The Kissing Booth 2.”

Enos, whose recent credits include “Hanna” and “Good Omens,” earned an Emmy nod for her role as detective Sarah Linden in “The Killing.” Sud received an Emmy nomination for writing the pilot of the murder mystery, which she also created.

Sud made her feature directorial debut with 2016’s “The Sultan Sea.” She is also known for creating “Seven Seconds,” a limited Netflix series.