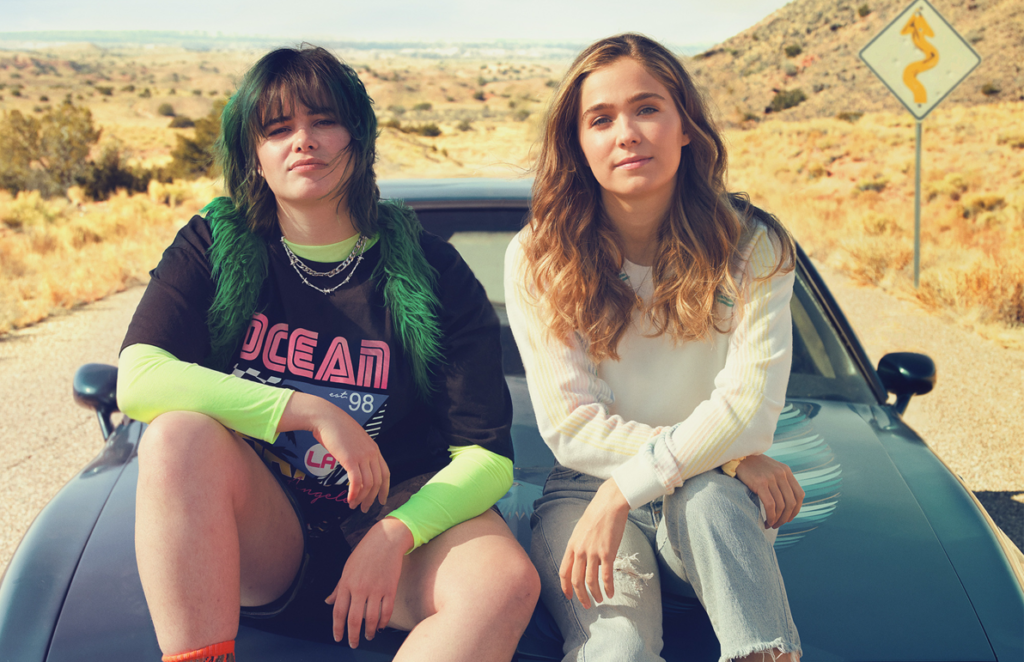 Former BFFs band together in a crisis in “Unpregnant.” “I know we’re not close anymore and I’m the last person that you want to help, but I need your help and I don’t have anywhere else to go,” 17-year-old Veronica (Haley Lu Richardson, “Five Feet Apart”) tells Bailey (Barbie Ferreira, “Euphoria”) in a new trailer for the buddy comedy. The highschooler is dealing with an unwanted pregnancy, and will need to take a 15-hour drive out of state to access an abortion.

Veronica’s hiding the news from her boyfriend, best friends, and her “Jesus-freak” parents. By her own admission, Bailey “does not have anything going on,” so she agrees to join Veronica on a road trip. Along the way, the pair confront their complicated history. When Bailey suggests Veronica “wouldn’t do the same for her,” Veronica tells her, “You made it really hard to be your friend.”

“Never Rarely Sometimes Always,” another film that tells the story of teens traveling out of state to receive reproductive healthcare, was released earlier this year. Eliza Hittman wrote and directed the critically acclaimed drama.