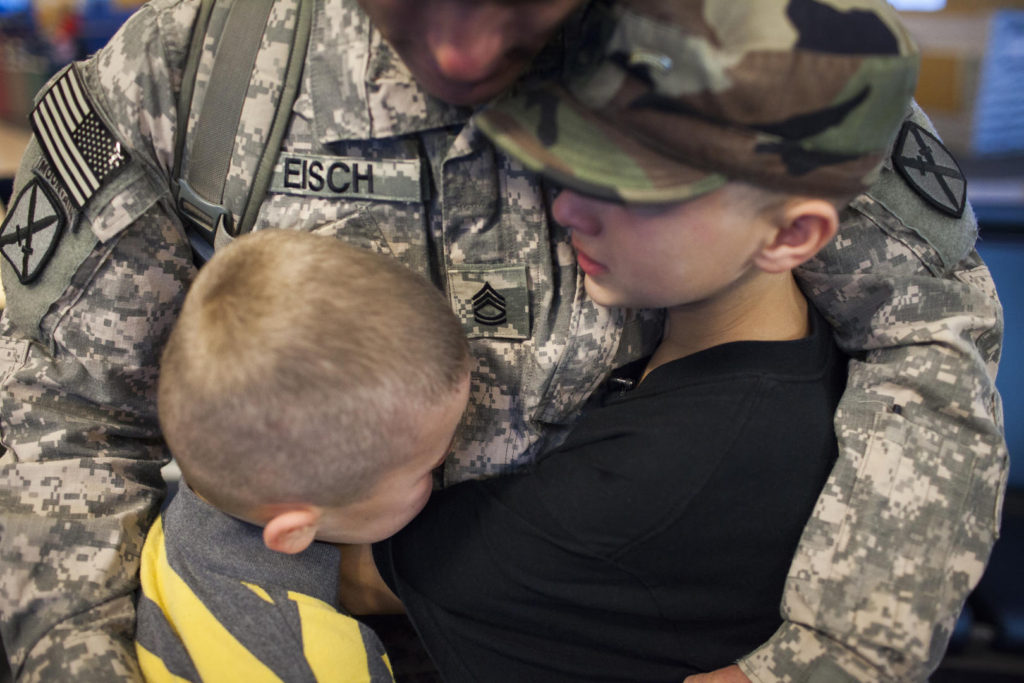 “It’s a lot easier being a platoon sergeant than raising two boys by myself,” the single dad says in a new trailer for the doc. Brian’s sons aren’t sure if they want to follow in his footsteps, but one describes him as his “superhero.”

After Brian suffers a serious combat injury in Afghanistan and has his leg amputated, the family struggles to make sense of what’s happened. “It was hard thinking be actually got shot by a real bullet from a real gun from a real person,” his son explains. Brian wishes he was still in the army. “I had an identity, and now, who am I?” he asks. His son can’t help but wonder “if his injuries were worth it all,” and a loved one suggests PTSD may be impacting Brian’s ability to connect with his family.