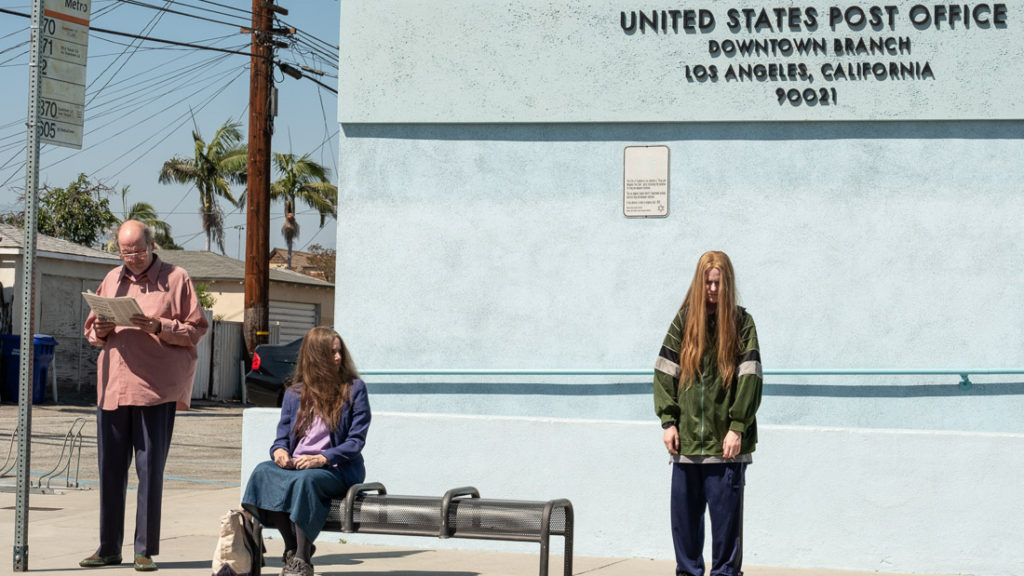 “We can only ever be how we are,” says Evan Rachel Wood in a new trailer for “Kajillionaire.” Miranda July’s latest sees the Emmy-nominated “Westworld” actress playing the only daughter of veteran scammers. Old Dolio (Wood) has been raised to steal and swindle at every opportunity. “She learned to forge before she learned to write. Actually, that’s how she learned to write,” her father (Richard Jenkins, “Berlin Station”) reveals.

The family invites a stranger (Gina Rodriguez, “Jane the Virgin”) to join them on their next scheme, but things spiral out of control when she takes Old Dolio under her wing and encourages her to see her parents and the family’s relationship dynamics in a new light.

“We don’t make pancakes or wrap up little birthday presents or call you sweetheart or baby,” Old Dolio’s mother (Debra Winger, “The Ranch”) admits. Her father adds, “I always thought it was insulting to treat you like a child, and I thought we agreed on that.”

July made her feature directorial debut with 2005’s “Me and You and Everyone We Know,” a romance about a performance artist and shoe salesman which took home the Camera d’Or at Cannes and a Special Jury Prize at Sundance. Her next feature, 2011’s “The Future,” told the story of a couple whose lives are upended by the prospect of adopting a stray cat.

Also a well-known writer and artist, July’s books include “The First Bad Man” and “No One Belongs Here More Than You.”

“Kajillionaire” made its world premiere at Sundance earlier this year and is slated to hit theaters September 18. July penned the script.