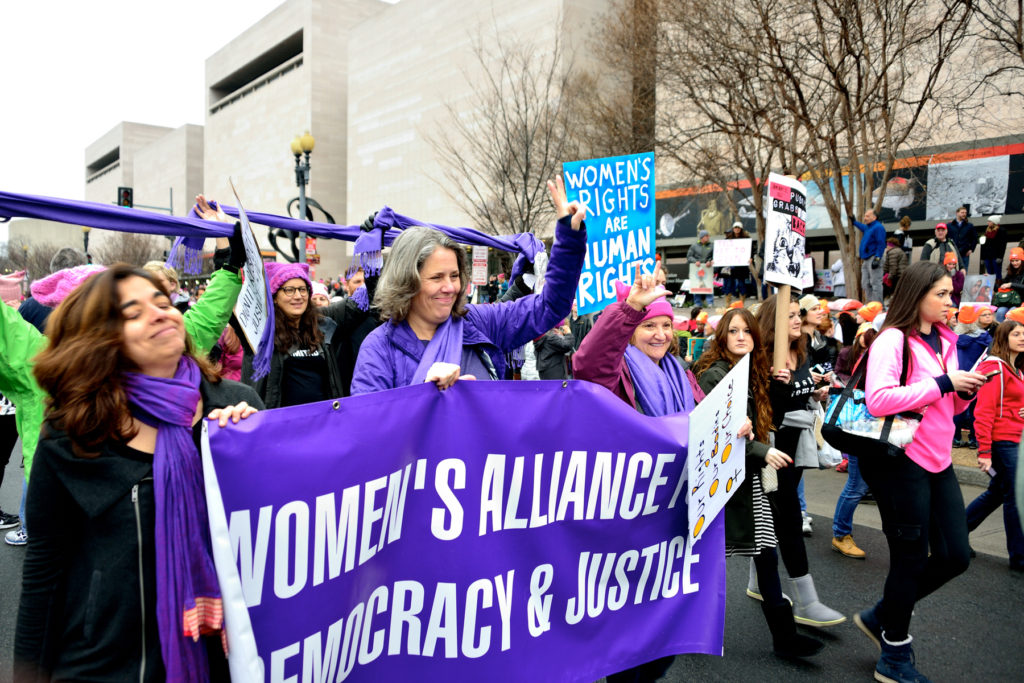 People of color, immigrants, LGTBQ folks, women — life in America has become very frightening for all of these groups and more since Trump’s election nearly four years ago. But, in spite of that fear, these communities are fighting back and taking to the streets. Director CJ Crim tells the story of six activists, mostly women, and the work they’re doing in her feature debut, “Resisterhood.” The film documents two years of the “peaceful and historic female resistance that led to the groundbreaking, 2018, mid-term election putting a record number of women into the U.S. Congress,” according to its synopsis.

Mimi Hassanein, an Egyptian immigrant who wears the hijab, has endured slurs and hateful remarks about how she should go back to her own country. “I feel so bad now that I have to take my scarf off when I’m driving my car because I’m scared about my life,” she explains in the spot. Despite this harassment, or perhaps because of it, Hassanein becomes involved in political activism and runs for county office.

Luis Gutierrez led the boycott of the 2017 inauguration and recognizes the power women wield in America. “The single largest electoral force in the United States of America is women,” he emphasizes in a speech. His wife, Soraida, suggested that they take part in the first Women’s March. “It’s like a very simple message,” she said of the historic protest, “you’re not alone.”

“Resisterhood” also features Margaret Morrison, an 82-year-old activist who marched from Selma to Montgomery with Martin Luther King, Jr. and John Lewis. Morrison is still an enthusiastic participant in the fight for social justice, and an inspiration to her grandchildren. “She made sure that her voice was heard and I thought, ‘If she can do this, then I could do this,’” her grandson says.

“Resisterhood” will be available to stream on Amazon and Vimeo on Demand September 22, National Voter Registration Day.