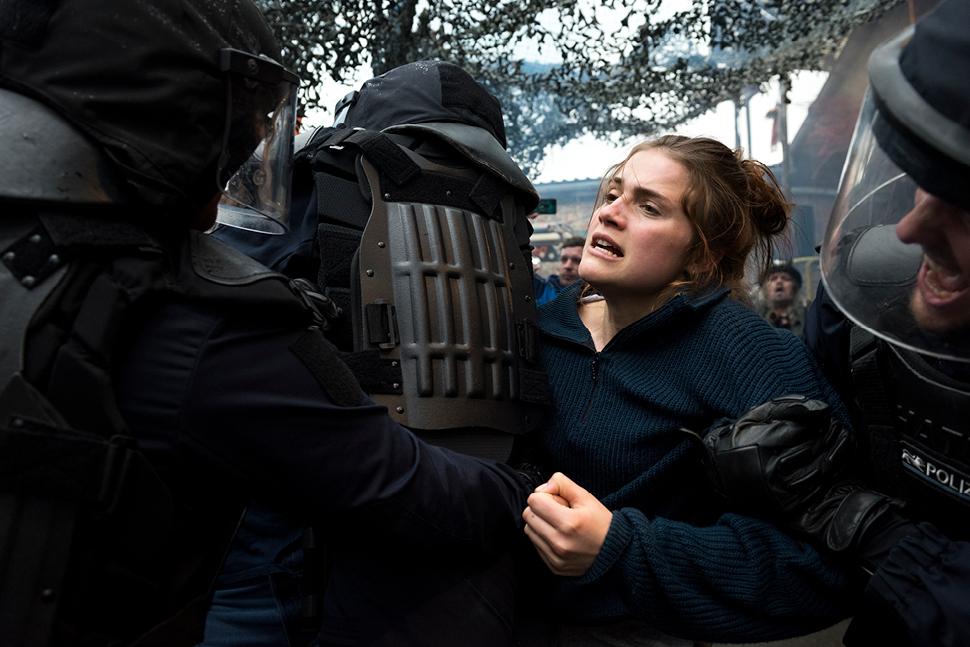 Is violence ever really justified? How far could — or should — one go to stop fascism or Nazism? Is peaceful protest actually effective? These are some of the questions Julia von Heinz grapples with in her film “And Tomorrow the Entire World,” which is set to premiere at Venice Film Festival this month. The drama sees a young German woman joining a left-wing political group to oppose the rise of neo-Nazism, and rethinking her stance on non-violent resistance.

The group is in the process of splintering when Luisa (Mala Emde) arrives. Its leader stresses, “We really just want to make some noise, disrupt things, and protest peacefully against these arseholes.” However, another member, the more extreme Alfa (Noah Saavedra), is “totally fine with putting a Nazi arsehole in the hospital. Might save a life,” he says.

Political tensions in Germany increase, as does Luisa’s confusion about her own beliefs and her frustration with the lack of progress the activists are making. Alongside Alfa, she pivots from egg-throwing and poster defacement to setting fires and planting explosives. Her conscience is plaguing her, yet she feels violence is the only way to get results. “What good are all these laws if no one believes in them anyways?” she wonders.

“The extreme right is motivated by fear and hatred; for left-wing activists, it is about the idea of a more peaceful and equal world. But how to achieve that?” von Heinz, who wrote “And Tomorrow the Entire World” with John Quester, asks in her director’s statement. “With my own past as a left-wing activist, I ask myself every day how I can use cinema — this beautiful form of art — to reflect on our current political climate. I hope for my film to ignite a discussion on how we want to live with each other.”

“I’m Off Then,” “Hanna’s Journey,” and “Was am Ende zählt” are among von Heinz’s other features.

“And Tomorrow the Entire World” is screening in Competition at Venice. Overall, 44 percent of the fest’s Competition films are directed or co-directed by women, a historic high. Venice kicks off today, September 2, and runs through September 12.