Trailer Watch: A Woman Receives a Not-So Indecent Proposal in “Getting to Know You” 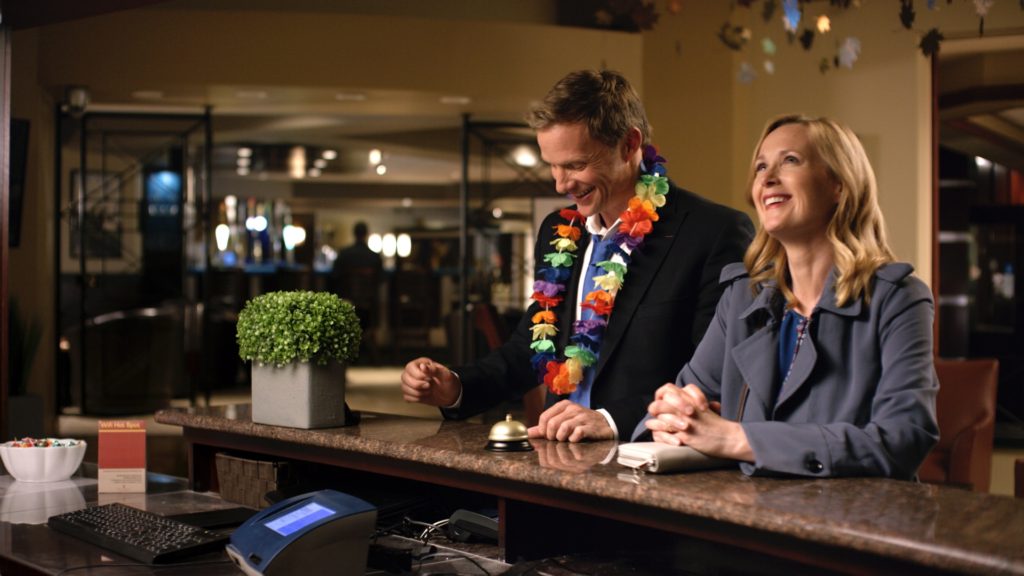 Trailer Watch: A Woman Receives a Not-So Indecent Proposal in “Getting to Know You”

“Getting to Know You”

Abby (Natasha Little) gets the opportunity to have a little fun at the nondescript hotel she’s staying in for the night: a stranger requests she pose as his wife when he discovers the woman he’s been seeing is actually married. This is the catalyst for “Getting to Know You,” Joan Carr-Wiggin’s latest pic. A trailer for the romantic comedy has arrived.

Bursting into her “husband’s” room to “surprise” him, Abby lays it on thick when she discovers the aforementioned woman in his bed. “There is a strange woman in your hotel room,” she exclaims, enunciating every word.

But that’s not the end of it. The “husband,” Luke (Rupert Penry-Jones) still can’t get rid of his married girlfriend, Kayla (Rachel Blanchard); Kayla’s very real husband shows up; Abby and Luke connect, even though she actually is married to someone else; and shenanigans ensue.

“I think we should’ve picked another hotel,” one character laments.

“If I Were You,” “Love of My Life,” and “The Bet” are among Carr-Wiggin’s previous films. Her next movie, “A Grand Romantic Gesture,” is in post-production. It tells the story of a a woman who, after losing her job, enrolls in a drama class, where she is cast as Juliet — and she ends up falling for her Romeo.

“Getting to Know You” hits VOD and digital platforms November 24.