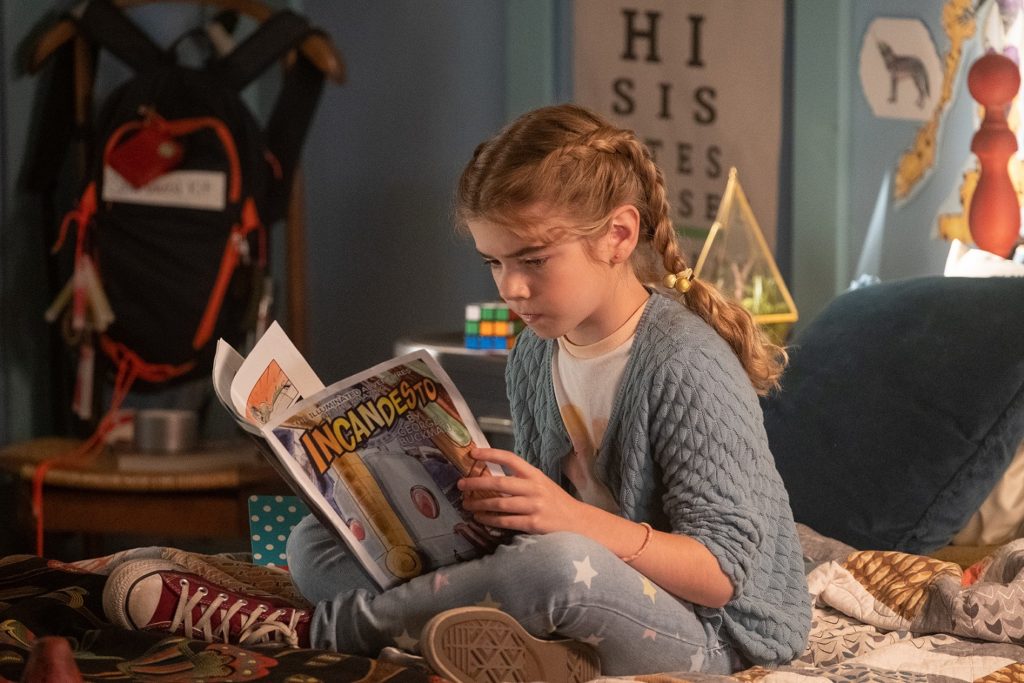 A 10-year-old comic book fan’s biggest dream comes true in Lena Khan’s “Flora & Ulysses.” Disillusioned by her parents’ recent separation, Flora (Matilda Lawler, Broadway’s “The Ferryman”) finds solace in the pages of her beloved comic books. The only problem is that the caped crusaders she so admires aren’t there to help her when she needs it most. “Superheroes stand watch when danger closes in and saves those in need. But they have one thing in common: they never show up in the real world,” Flora explains in a new trailer for the Disney pic.

When Flora rescues a squirrel she names Ulysses, she’s shocked to discover that he has superhero powers. “Every superhero comes to us with a purpose. We don’t always see it at first because we don’t always know where to look,” Flora says. She won’t have much time to figure out the purpose of Ulysses’ visit — the pair are being pursued by his enemies. The unlikely friends embark on “an adventure of humorous complications that ultimately change Flora’s life — and her outlook — forever,” the film’s synopsis teases.

Khan made her feature debut with 2016’s “The Tiger Hunter.”

Based on the Newbery Award-winning book of the same name, “Flora & Ulysses” launches on Disney February 19.