The Best RGB Keyboards for 2021

How to Buy the Right RGB Keyboard

If anyone ever invents a time machine, it would be fun to take an RGB keyboard from the late 2010s back to the year 1977 just to show the stunned onlookers what the human race has accomplished. No, we didn’t get personal jetpacks, and a keyboard isn’t quite on the level of the Space Shuttle or the Tesla Roadster. But an RGB keyboard is a marvel of modern engineering, binding advanced electronics with eye-popping, gratuitous gee-whiz. It’s a vivid reminder that the keyboard has evolved from a dull beige PC peripheral into a sophisticated gaming weapon.

RGB keyboards—desktop-PC keyboards with multicolor lighting that’s customizable to various degrees—are on the leading edge of input-device innovation, and they command, in some cases, the very highest prices for their kind. They are based, though, in some tech that goes back…way back.

The ABCs of RGB

Consider a very popular model for describing the representation of colors by numbers. It’s called the “additive primary,” the idea being that when you overlap three beams of light—red, green, and blue, each numbered for intensity along a slider from 0 to 256—you get every combination of light that we humans can see. That forms a potential variety of 16.8 million colors. (Well, actually, it’s 16,777,216, meaning 256 times 256 times 256, but who’s counting?) This basic color technique is reflected in the color wheel and/or sliders in the software for RGB-capable PC keyboards meant for gamers.

We’ll say this more than once, but it’s important to distinguish these RGB models from “single-color” backlit keyboards or multicolor-backlit keyboards of a limited color range. Many premium PC keyboards feature some form of backlighting—LEDs that shine through and around each key—in one color, typically red, blue, or green. Changeable RGB lighting added to a keyboard, though, is way more sophisticated, and reflected in the price.

Now, of course, RGB lighting is hardly an essential feature. But for some gamers, in some games, it has very stark benefits, which we’ll get into below. And since the possible combinations of RGB colors are so broad on a keyboard with 100-plus keys, even when you’re not using the peripheral, you can sit back, turn on The Moody Blues’ “Nights in White Satin,” set the keyboard’s colors to cycle, and talk to Carl Sagan. (He’s been dead for decades, but that doesn’t matter.) But we digress.

The Basics: Why Do You Want RGB Backlighting? 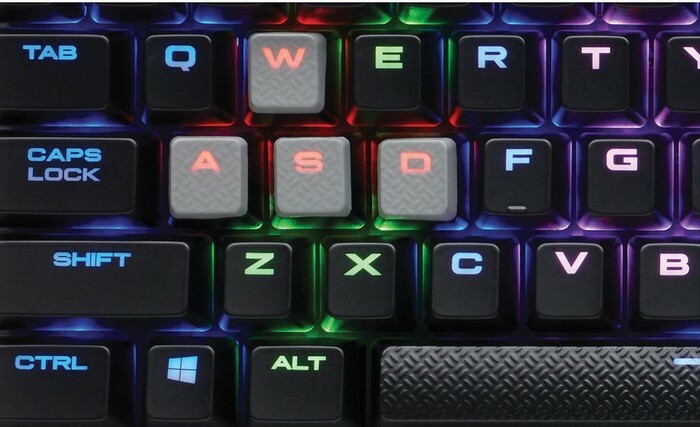 Stardew Valley or Cities: Skylines, it’s an entirely different matter for DOTA 2, or for players whose hands visibly twitch when they think of their next Doom match.

So, how to assess what makes for a quality RGB keyboard? Glad you asked…

What to Look for in an RGB Keyboard

Separately Lit (“Per-Key RGB”) Keys. We mentioned this earlier. It’s not enough alone to have RGB lighting. In a truly customizable RGB keyboard, each key must have its own, discrete RGB programmability. That’s not a given; some budget keyboards may provide multicolor backlighting, but not per-key backlighting. While RGB per-key is more common these days, check to be sure what you’re getting. 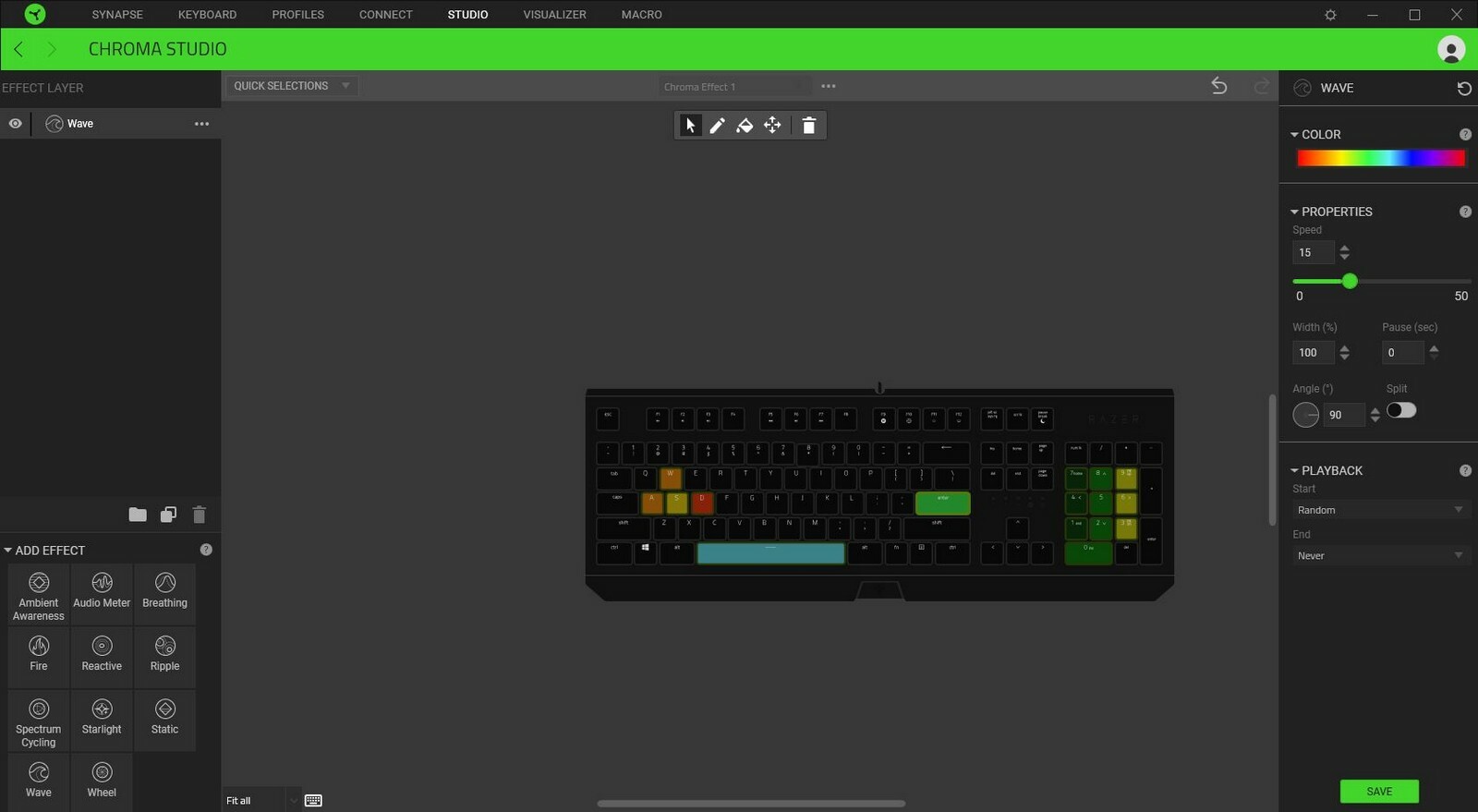 Chroma Workshop. (Chroma is Razer’s software that governs lighting in its compatible devices.)

Game Profiles. This is a no-brainer: Any gaming keyboard worthy of its name should support unlimited game-specific profiles, in which you can customize a host of controls specific to a program or game, including lighting settings. And each keyboard should have at least one, but hopefully two or three, onboard profiles. That means it stores the profile(s) in the keyboard’s internal memory, so you can take them with you. That’s handy when you’re engaging in tournament play that allows each contestant to bring only a keyboard, not a full computer.

Mouse Syncing. This feature allows the keyboard RGB illumination to be coordinated with your mouse, assuming your mouse is RGB-capable, too, and of the same make. If you’ve selected a “color wave,” for example, the wave can leave the keyboard off the right and continue on through your mouse! And if you have the keyboard and mouse synced, you can control the lighting for both at one time, as opposed to having to tweak each individually.

Media Controls. These are not specific to RGB keyboards, but insist on them, since you’ll be paying top dollar. Most top-shelf keyboards offer dedicated media controls now, as opposed to just pressing the Fn button and then, say, F9 for volume. Check out exactly how the media controls are set up, and whether the keyboard uses a knob, a button, or a wheel. We are huge fans of volume wheels on keyboards. (Corsair’s high-end RGB models have an awesome volume roller for this, and some keyboard makers have incorporated similar features.)

A USB Hub. Again, this isn’t a feature specific to RGB keyboards. An additional USB cable plugs in to your PC alongside the main one for the keyboard data, powering a USB port that allows you to plug a USB device directly into the keyboard (usually at the back). We’ve used these ports for a USB headset or mouse, or to plug in a USB flash drive to load or retrieve a few files. 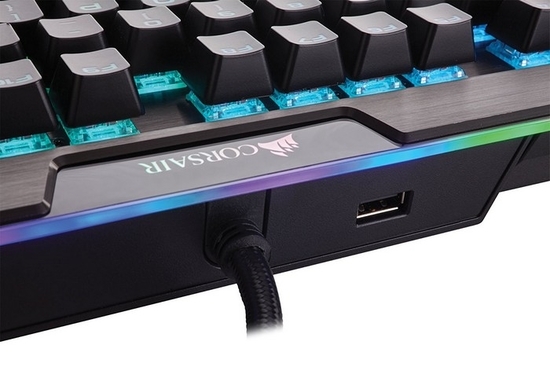 the best mechanical keyboards for more on that rather complex issue.) That’s where our deep-dive reviews come in, which should make it easier for you to locate just the RGB keyboard you need. 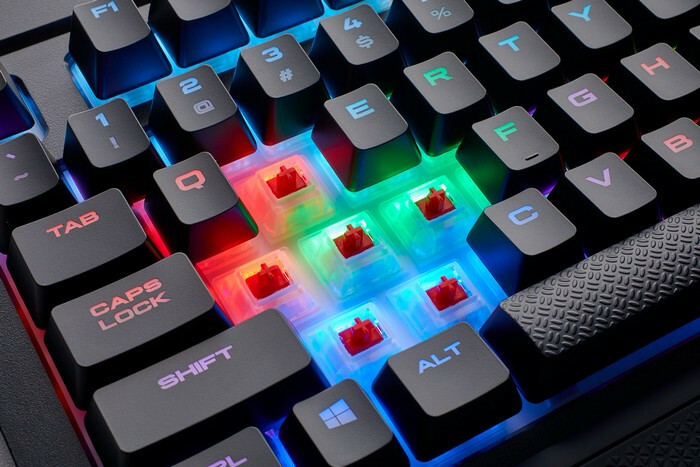 the best keyboards overall. Also check out our picks for the best gaming PCs and best gaming mice.