If you’re a big-picture sort of person, you need a laptop to match. You yearn for a notebook (the word “laptop” is a bit of a misnomer for these bulky thigh-crushers) that not only capably replaces a desktop PC, but also gives you an easy-on-the-eyes, panoramic view of your workspace or playing field. That means a 17-inch model, one with the largest popular screen size in the portable universe.

Almost all 17-inch laptops feature displays that, technically, measure 17.3 inches on the diagonal (just as so-called 15-inch laptops usually measure 15.6 inches corner to corner). That’s enough for a magnified view of full HD or 1080p resolution (1,920 by 1,080 pixels), or a comfortable view of higher resolutions such as 4K (3,840 by 2,160), which can make you squint on a smaller screen.

Should You Really Go This Large, Though?

On the negative side, this screen size dictates a bulky machine—one that’s often too big for a briefcase, requiring a special laptop bag, backpack, or roller bag, and too heavy for more than occasional transport between home and office or cubicle and conference room. 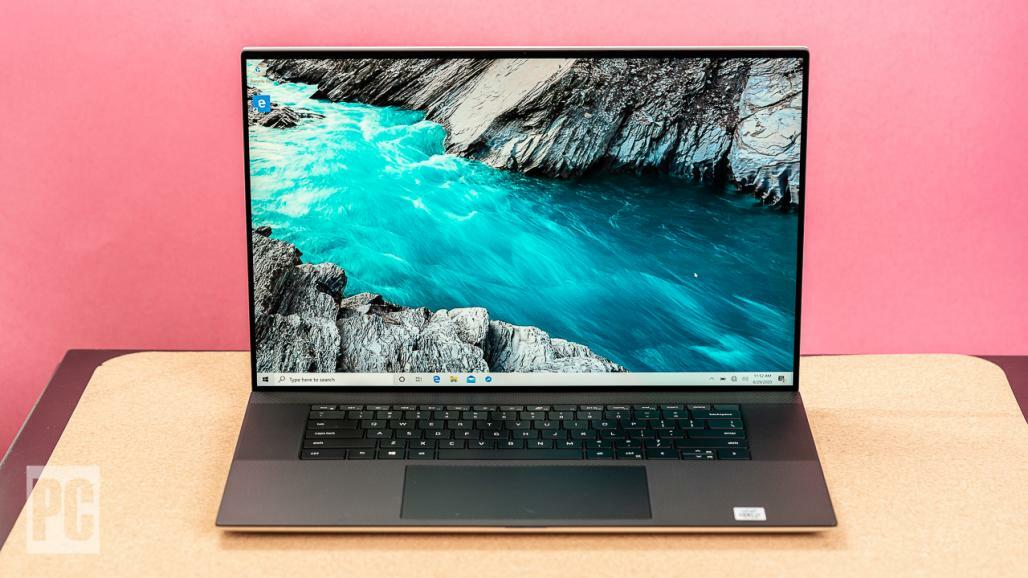 LG Gram 17, is an extraordinary case that comes in at under 3 pounds.) The heaviest, invariably gaming models, tip the scales at a back-breaking 10 pounds or more, and in some cases, that’s not counting two ponderous AC power bricks. Airline tray table? Forget it. More like checked baggage.

Nor should you expect long battery life from a plus-size notebook. These machines are designed to run on AC power most of the time. If yours can endure unplugged for more than four hours, consider yourself lucky. (Just take a look at the tested runtimes of our favorites in our spec comparison table.) 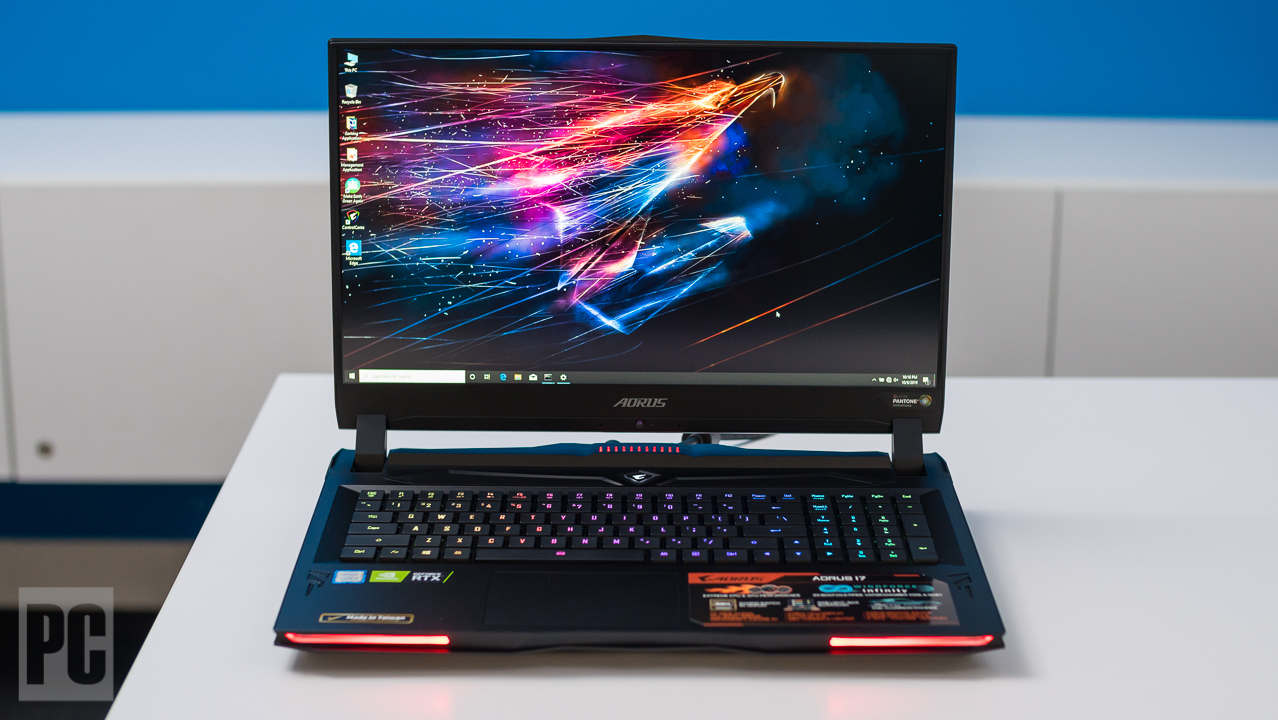 Work or Play: Which Way, Amigo?

A few 17-inch laptops are general-purpose PCs for people who want an occasionally portable system with a large screen. Most, however, fall into one of two camps with diametrically opposed, but equally hardcore, audiences: mobile workstations, and serious gaming laptops.

Both types can handle what many PC users think of as work: office productivity and email using Word, Excel, Outlook, Chrome, Slack, and so on. But mobile workstations, as seen in our special guide, laugh at such modest apps. Instead, they carry independent software vendor (ISV) certifications of compatibility with programs for way tougher computing jobs: computer-aided design (CAD) and advanced 3D modeling and rendering, crunching through huge scientific or engineering datasets, or delving into video editing and the creation of worlds for virtual reality. And they rely on state-of-the-art CPU and GPU power to do so. 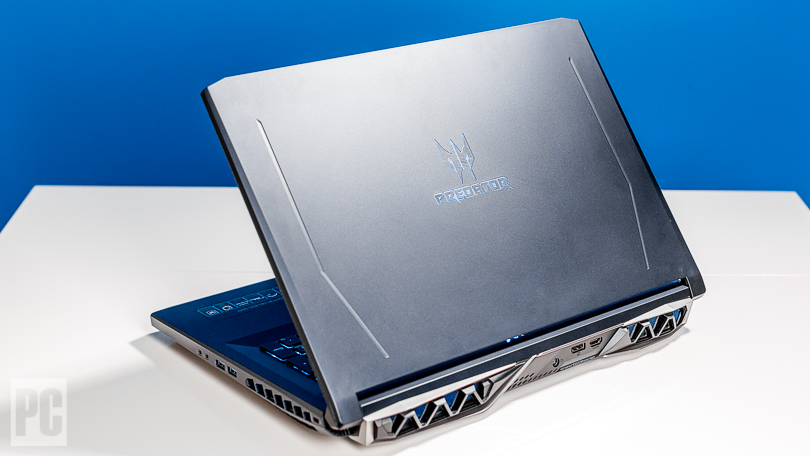 their own buying guide and roundup that’s worth checking out). They’re designed to play the latest and greatest titles at high speeds—at least 60 frames per second, double the rate recognized as providing minimally smooth gameplay—with all the visual details and eye candy turned up to 11. Onscreen stuttering or tearing just won’t cut it. Lag can be fatal during a fragfest.

Whichever class of 17-inch machine you are considering, you’re likely drawn to it by the one big thing the two main types have in common: the screen. Let’s look at that.

The Display Panel: What to Look For

In the 17-inch class, workstation and gaming laptops alike benefit from choosing the right screen type. A solid baseline pick would be an in-plane switching (IPS) or indium gallium zinc oxide (IGZO) panel, which gives you the sharpest colors and contrast, as well as the widest off-center viewing angles. Touch screens aren’t very popular in either class, with both gamers and workstation pros preferring the pixel-by-pixel control of a mouse. The Heart Under the Hood: CPU, Memory, and Storage

When it comes to CPUs, Intel parts teamed with discrete GeForce, Quadro, Radeon, or Radeon Pro graphics processors lead the popularity contest over AMD’s mobile Ryzen 5 and 7 chips with their integrated graphics. The most popular option for 17-inch gaming notebooks is Intel’s Core i7, in 8th, 9th, or 10th Generation guise (indicated by model numbers in the 8,000s, 9,000s, and 10,000s, respectively) with at least four processing cores. These are dubbed Intel’s H-Series chips, to distinguish them from the lighter-hitting U-Series and Y-Series that show up in thinner, lighter laptops. The mighty—and mighty costly—Core i9 chips occupy the top of the market. The first 17-inch models with 10th Generation H-Series Intel Core CPUs (under the informal “Comet Lake-H” family branding) were just hitting the market as we wrote this.

For mobile workstations, the Core i7 and Core i9 are joined by Intel’s Xeon processors, which offer support for server-style error correcting code (ECC) memory. Though outside the mainstream for ISV apps, ECC’s ability to detect and fix single-bit memory errors is a plus for scientific or financial computing jobs intolerant of even the slightest data corruption.

Regular, non-ECC RAM will serve just fine for most buyers, though. An allotment of 8GB of memory is the bare minimum for a gaming laptop, with 16GB preferable. (More than that’s not really necessary, unless you have buckets of money to burn.) Workstations have a heartier appetite for RAM, with 16GB a practical minimum and 32GB not uncommon; many models support a whopping 64GB or 128GB. In the case of a workstation portable, you’ll want to look into the specific RAM requirements of the applications you plan to run to gauge how much you should splurge on memory. 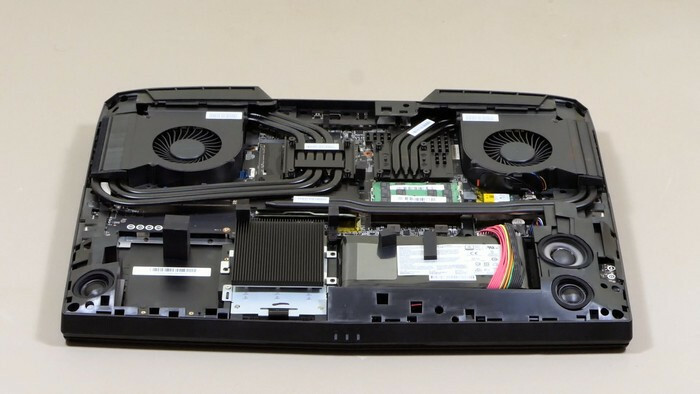 Half a terabyte of storage (for an SSD-only system) is the smallest amount you should accept; 1TB or 1.5TB is more mainstream, and some workstations boast up to 3TB or 4TB of capacity. If money is a limiter, a smaller SSD (say 256GB or 500GB) as the boot drive, paired with a roomy hard drive, is a good compromise. A 17-inch laptop is the kind most likely to have room for both. Some 17-inchers may have an empty bay to let you install an aftermarket 2.5-inch drive or an M.2 SSD yourself. This can be an economical option.

Mobile workstations’ graphics cards are divided between Nvidia’s Quadro (more common) and AMD’s Radeon Pro (less common) brands. Their silicon is optimized for different operations than the companies’ respective GeForce and Radeon parts for gaming laptops, as well as for hard-charging, constantly-on rendering or calculations.

On the gaming side of the fence, too, Nvidia enjoys a big market lead in mobile GPUs. Its “Turing” architecture defines its current offerings, seen first in desktop video cards like the GeForce RTX 2080 Ti. At the higher end of the gaming-laptop market, these Turing GPUs, indicated by “GeForce RTX” instead of “GeForce GTX,” have mostly eclipsed chips based on the “Pascal” architecture of Nvidia’s long-running GeForce GTX 1000 series, though some laptops based on Pascal silicon are still for sale.

The basic story for both workstations and gaming rigs is a familiar one, though: Higher model numbers and higher prices bring you more speed and higher frame rates. They also gain you support for features such as virtual reality (VR), though midrange and high-end gaming-laptop GPUs like the GeForce GTX 1060 (Pascal generation), the GeForce RTX 1660 Ti (Turing), and above, and all of the current GeForce RTX chips, support playing and exploring VR worlds, while high-end mobile-workstation parts like the Quadro P5000 series support VR authoring or creating them. 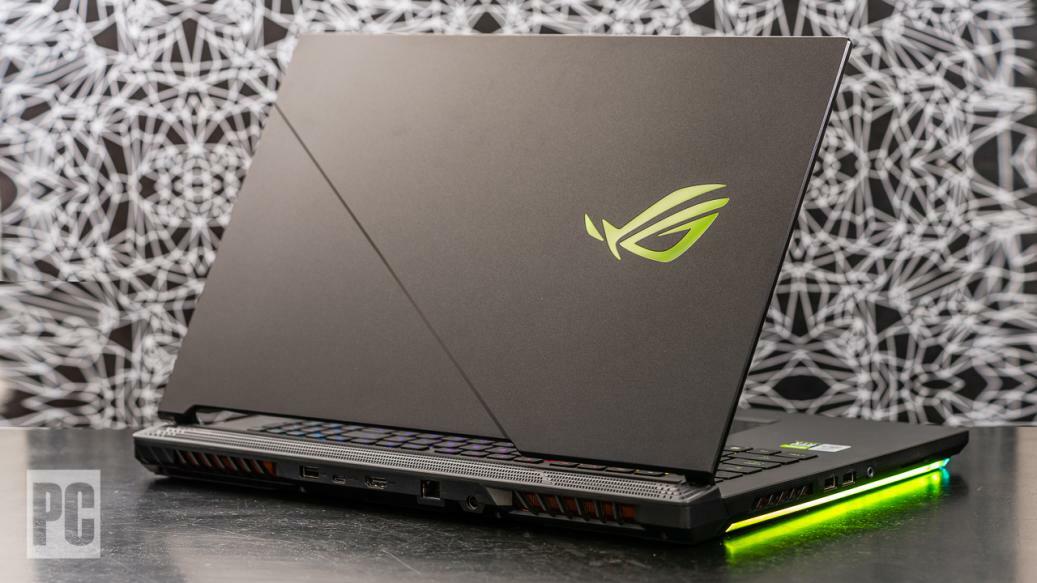 Ready for Our Recommendations?

That’s about it for general advice, except for matters of personal preference. Keyboards, for instance: Some gaming laptops go wild with colorful, customizable RGB backlighting and feature macro keys for storing frequently used command or combat sequences, while some mobile workstations’ touchpads or pointing sticks feature the third (middle) mouse button often used in CAD and similar applications. And we don’t think you should buy a 17-inch laptop in either of these groups that doesn’t have at least one Thunderbolt 3 port, which combines USB-C and DisplayPort functionality with daisy-chainable support for external docking and storage solutions. 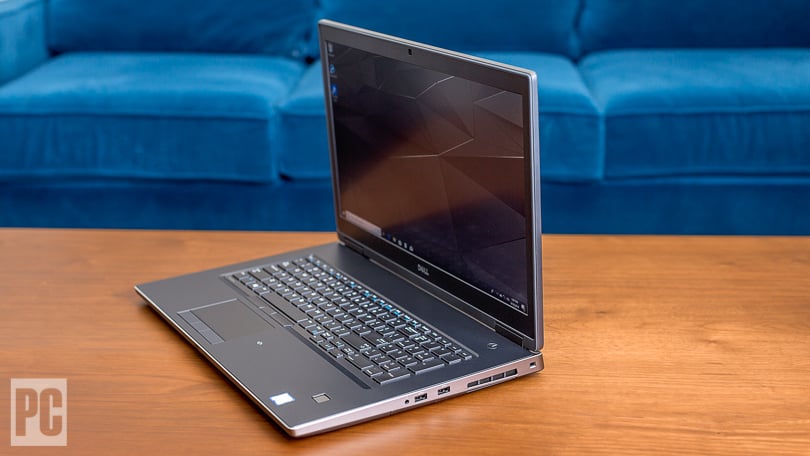 Formerly editor-in-chief of Home Office Computing, Eric Grevstad is a contributing editor for PCMag and Computer Shopper, where he earlier served as lead laptop analyst and executive editor, respectively. A tech journalist since the TRS-80 and Apple II days, Grevstad specializes in lightweight laptops, all-in-one desktops, and productivity software, all of which he uses when commuting and telecommuting between PC Labs and a cat-filled home office in Old Greenwich, CT. Email him at homeoffice.eric@gmail.com or follow him on Twitter @EricGrevstad. See Full Bio