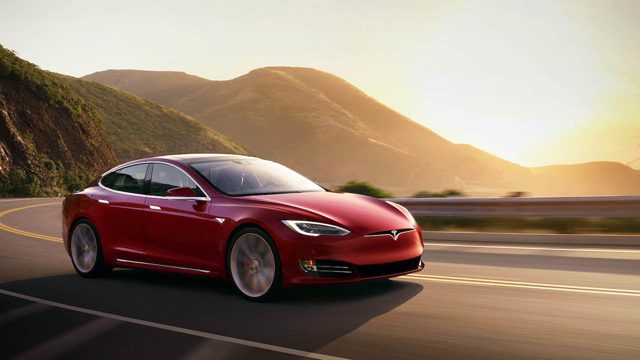 According to Teslascope release notes, the new “Speed Assist” feature leverages the car’s cameras to spot speed limit signs, ultimately boosting the accuracy of Autopilot data on local roads. “Detected speed limit signs will be displayed in the driving visualization and used to set the associated speed limit warning,” the notes said.

A new green traffic light chime, meanwhile, will come in handy for those drivers who tend to pick up their phone or begin daydreaming at a stop light. Once the car recognizes a signal change, the jingle sounds. If you’re waiting behind another vehicle, the notification plays only after that car advances. The chime is designed only as a heads-up and not a sure sign that it’s safe to proceed. “It is the driver’s responsibility to observe their environment and make decisions accordingly,” Tesla noted. Speed Limit Warning and Green Traffic Light Chime settings are housed in the vehicle’s Autopilot control panel.

Tesla also upgraded its Traffic-Aware Cruise Control function to more quickly adjust your current speed by tapping the cluster speedometer, and added Autosteer warnings if the car thinks you’re about to run a stop sign or red light.

Elon Musk’s automaker in April rolled out beta software that allowed certain cars to “see” and respond to stop signs and traffic lights at some intersections. Initially available to EVs with “full self-driving” Autopilot, the feature, according to The Verge, slows the car to a halt and requires the driver to tap the accelerator or pull the Autopilot rod before moving again.

The 2020.36 update is rolling out now to Tesla’s international fleet, and may take “a few weeks” before reaching all vehicles, Electrek reported.

Stephanie began as a PCMag reporter in May 2012. She moved to New York City from Frederick, Md., where she worked for four years as a multimedia reporter at the second-largest daily newspaper in Maryland. She interned at Baltimore magazine and graduated from Indiana University of Pennsylvania (in the town of Indiana, in the state of Pennsylvania) with a degree in journalism and mass communications. See Full Bio