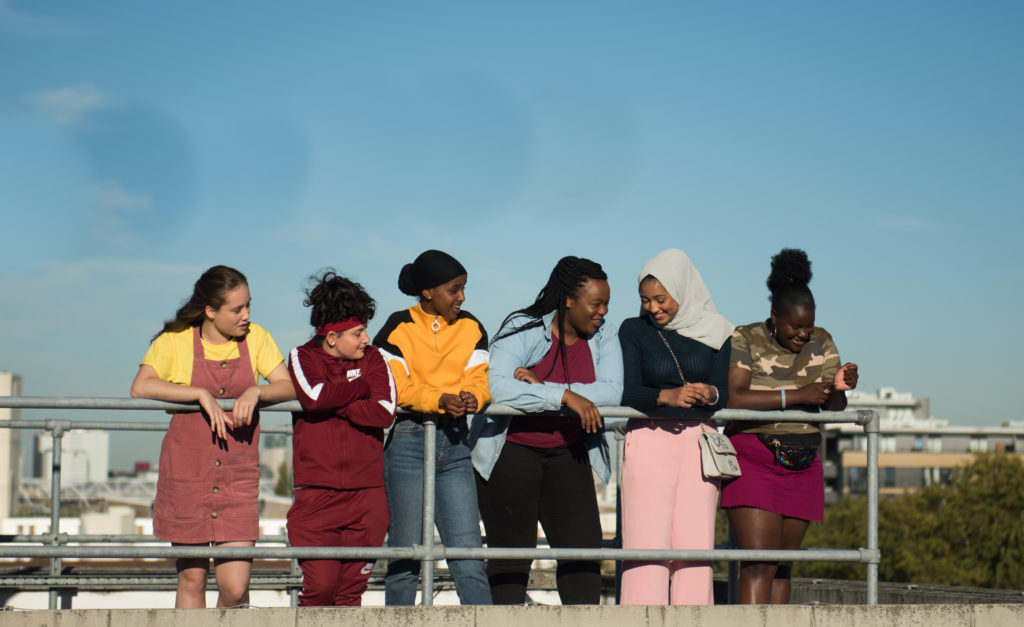 After its initial release plan was disrupted by COVID-19, Sarah Gavron’s ode to girlhood and female friendship, “Rocks,” is finally coming to theaters. According to a press release, the award-winning film will hit cinemas in the UK and Ireland September 18.

Penned by Theresa Ikoko and Claire Wilson, “Rocks” sees its teenage protagonist raising her younger brother alone, and living in fear that they will be found out and forced to separate. Rocks (Bukky Bakray) depends on the help and support of her friends to keep her household going and stay one step ahead of the authorities.

“Rocks” was “uniquely crafted by an all-female creative team in collaboration with mostly first-time actors,” the source details. Kosar Ali, Shaneigha-Monik Greyson, Ruby Stokes, Tawheda Begum, Anastasia Dymitrow, Afi Okaidja, and D’angelou Osei Kissiedu star alongside Bakray. “This core group of British girls, who all come from differing cultural backgrounds including Nigerian, Somali, Polish, Bangladeshi, English, and Congolese-Ghanaian, emerged out of extensive workshops in which they generously shared experiences of friendship, their cultures, social media, and school life as part of the filmmaking process.”

“I had been working on an idea for a film, a love letter dedicated to my sister and other young black and brown British girls, who are often adultized and seemingly hardened, by society and circumstance. As children, many preserve their families and protect the childhoods of their siblings, while remaining beautifully complex wells of joy and love,” Ikoko said. “When I was asked to be a part of the creative team for ‘Rocks,’ to make a film about young people, and importantly, with young people, I soon realized this was the richest and safest soil to plant my story, nurtured by the many women who contributed to ‘Rocks.’”

“The writers and core creative team were contributing throughout the development process and shoot,” Gavron told us ahead of the film’s TIFF premiere. “Anu Henriques, the associate director, effectively became my co-director during the shoot. In many ways I learned more from our team and cast than they learned from me, both in terms of their lived experience and ways of seeing the world.” She continued, “We deliberately structured the process in a way that challenged and flattened the established hierarchy on a film. That was the biggest strength for me, as it allowed the story to be what it is.”

Gavron has previously helmed “Brick Lane,” “Suffragette,” and episodes of “Transparent.” Wilson co-wrote miniseries “The Little Drummer Girl” and is writing for Reed Morano’s TV adaptation of Naomi Alderman’s “The Power.” A playwright, Ikoko’s works include “The Race Card” and “Visiting Hours.”

Check out a newly released “Rocks” clip below.