Samsung has had some ups and downs with true wireless earphones, as evidenced by the recent Galaxy Buds Live, which offer a striking bean-like design that works counterintuitively to their active noise cancellation. The new Galaxy Buds Pro ($199.99) don’t look quite as unique, but they allow for an in-ear seal that makes for improved noise cancellation and sound quality. They’re also completely waterproof, as compared with the merely water-resistant Galaxy Buds Live. That said, the noise cancellation here doesn’t live up to the standards set by the AirPods Pro or the Bose QuietComfort Earbuds, and you really need a Galaxy phone to get the most out of the experience.

The Galaxy Buds Pro look understated and elegant. Each earpiece is a simple bud with a nozzle on one end for holding a silicone eartip (three pairs of different sizes are included), and a rounded, pearlescent touch panel on the back. Two ambient microphones, a pinhole voice mic, and a slightly larger grille are built into the touch panel and enable the noise cancellation.

The earpieces lack any sort of stabilizing fin, but they fit securely enough in my ears without them, providing a solid seal with the proper eartips. They’re a definite improvement over the awkward bean shape of the Galaxy Buds Live, though you’ll want to make sure to twist the earphones forward when inserting them to ensure the best in-canal seal. 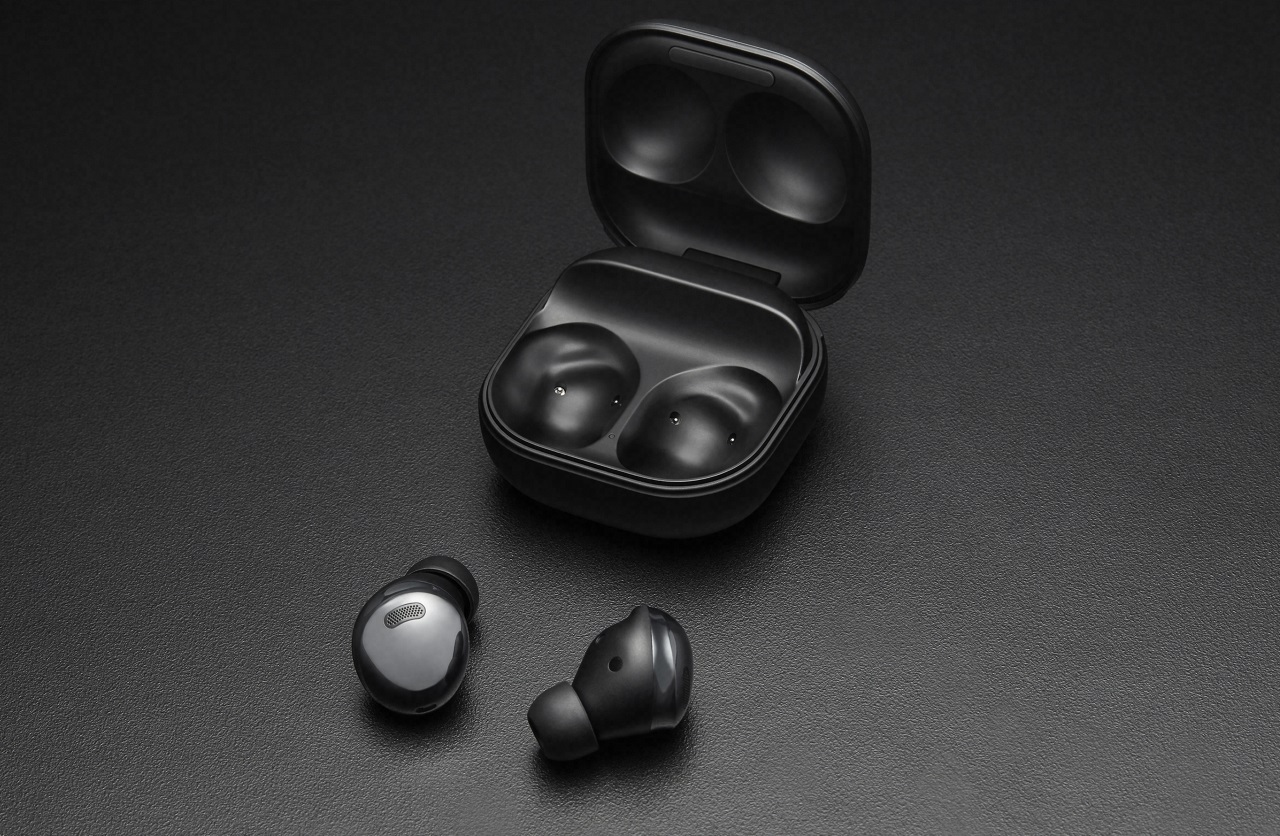 IPX7 rating, which means they’re completely waterproof for up to 30 minutes in up to a meter of water. They should hold up fine with workouts, runs, and rain. The charging case isn’t water resistant, however.

The included charging case is a small, rounded square almost identical to the one that comes with the Galaxy Buds Live, but with a more matte, almost satin finish rather than a glossy one. It’s a flip-open case that stays securely closed most of the time with a magnet, but expect the earpieces to go flying if you accidentally drop it. A USB-C port on the back charges the case, though you can also use wireless charging. 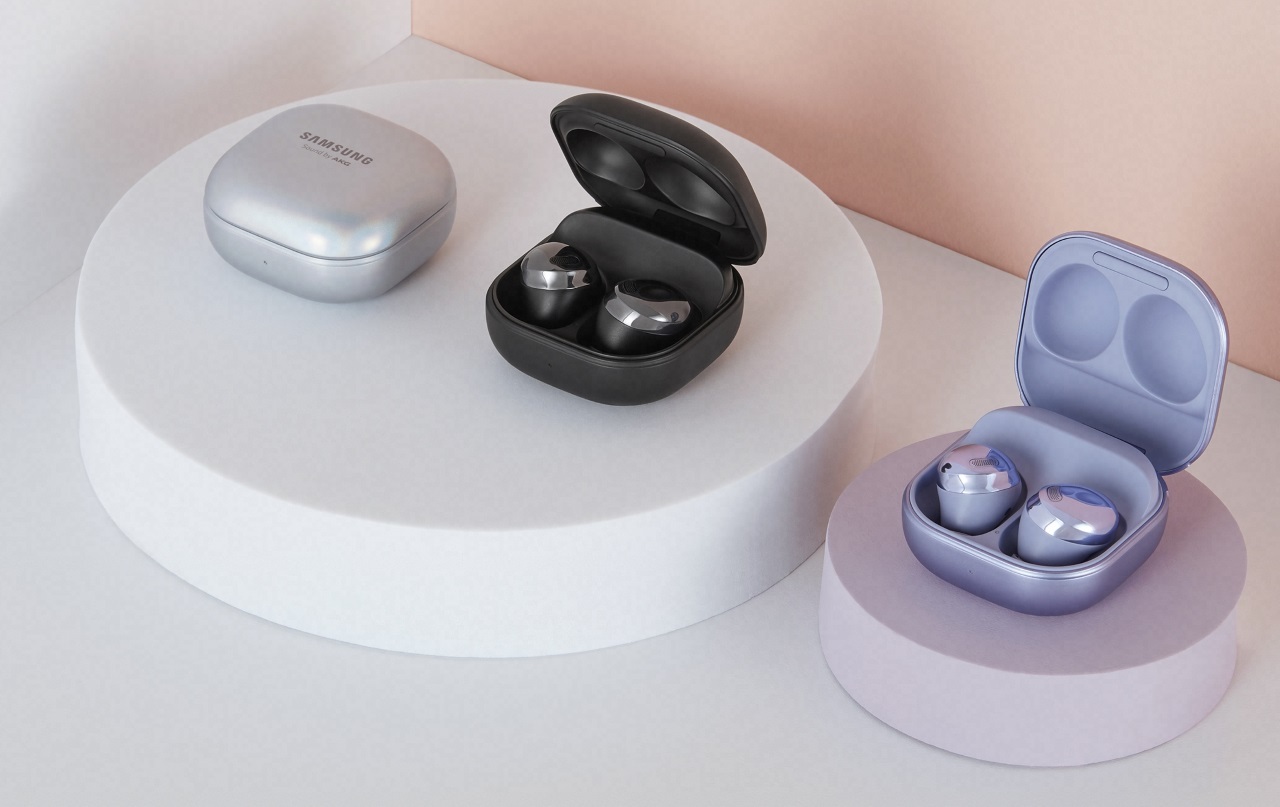 Razer Hammerhead True Wireless earphones, and a 360-degree audio feature that wasn’t yet available at the time of testing, but on paper sounds similar to Apple’s spatial audio feature on the AirPods Pro.

The ANC circuitry is effective at blocking out lower-frequency noises like the rumble of trains, and some very consistent sounds, like computer fans. Outside of those cases, however, the earphones do little to tamp down outside noise: rattles, buzzing, and nearby chatter can all be easily heard through the Galaxy Buds Pro even with ANC on. 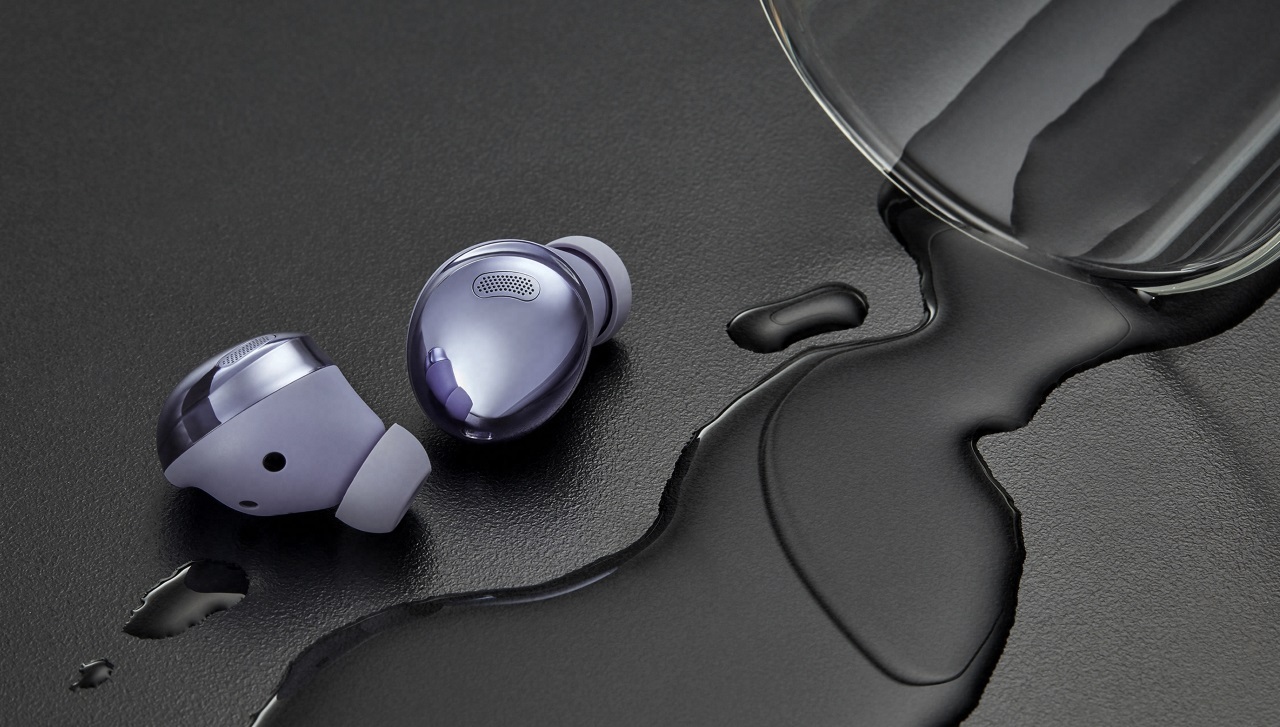 How We Test Headphones

There’s a slightly bass-heavy, sculpted sound by default, which comes through in Yes’ “Roundabout.” The opening acoustic guitar plucks have loads of low-frequency resonance, and a good amount of string texture in the higher frequencies to balance it out. When the track properly kicks in, the bassline and vocals both take center stage, with the guitar strums and drums settling a bit in the background. Some sculpting is clearly employed that makes for a bit of a scooped-out audio profile, but it’s an engaging balance that should please most listeners not looking for flat response. 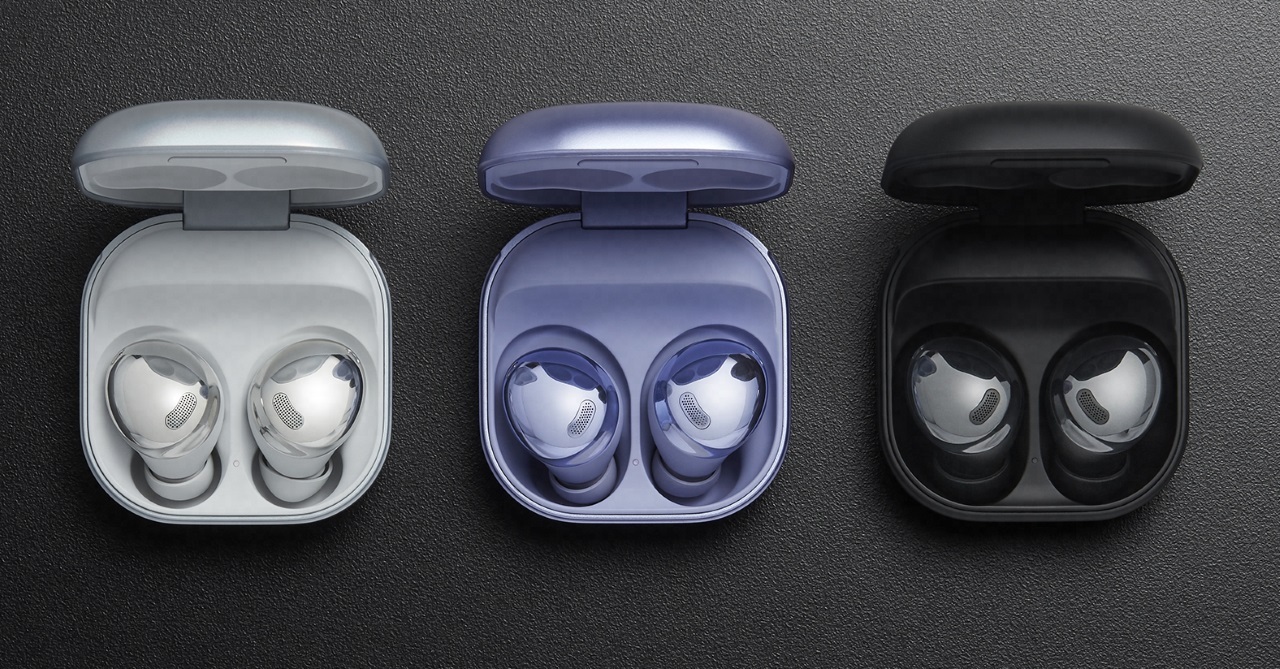