Some smart appliances can genuinely enhance your experience in the kitchen, offering a notable improvement over a traditional model of the same product. Others employ their smarts as more of a gimmick. The $299.99 Revolution Cooking R180 2-Slice High Speed Smart Toaster does a little bit of both. It toasts just about anything quickly and evenly, and has a touch screen for dialing in your ideal toasting level. It’s also a $300 two-slice toaster, which makes it hard to recommend no matter how good it is.

The R180 looks like a stylish, high-end toaster, with a brushed metal body and chrome accents on the edges. It’s large for a two-slice toaster, at 8.4 by 6.0 by 11.5 inches (HWD), with two open slots on the top measuring 5.4 by 1.4 inches each. The back has a dark gray grille, with the power cable running out from under it, near the base. Four black, L-shaped feet lift the toaster slightly off of your counter or table. 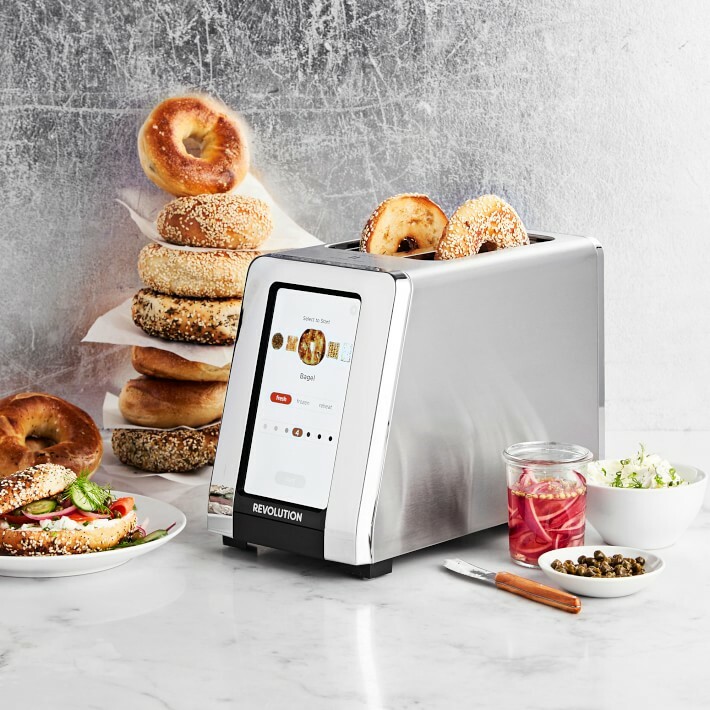 non-smart toaster can be had for around half as much. So considering the R180 doesn’t have any connected features or expandability to really hammer home its “smart” status, it’s a hard sell. It’s a very nice appliance, but it’s far too expensive for what you get, and some kitchen gadgets just don’t need touch screens.