After a flood of Best phones in India under Rs 20,000, Xiaomi has finally unleashed its budget smartphone, the Redmi 9 in Spain. The device has been in the radar of leaks for a while now. The new Redmi 9 is aimed at budget consumers and is arriving at the right time with a price tag of €149.

Xiaomi confirmed the device with the specifications and pricing via its Spain Twitter handle. The new budget smartphone from Xiaomi packs quite a heft to it weighing at 198 grams.

From the images, we can see that Redmi 9 has a brushed polycarbonate back and a textured design. It comes in Grey, Purple and Green colour models.

On the front, there is a 6.53-inch FHD+ LCD display with a resolution of 2340×1080 pixels and a water-drop notch. Xiaomi mentions the peak brightness will be close to 400 nits and the display is protected by Gorilla Glass 3.

As leaked before, the device is powered by Mediatek Helio G80 coupled with Mali-G52 GPU for graphics. The back of the phone has a ring similar to the Poco X2 aka Redmi K30 and houses the quad-camera setup.

There is a 13MP f/2.2 Primary shooter,  along with an 8MP ultra-wide, 5MP Macro and a 2MP depth sensor. The cameras have a fingerprint sensor vertically stacked beneath them like the Redmi Note 8 Pro. There is an LED flashlight beside this arrangement. 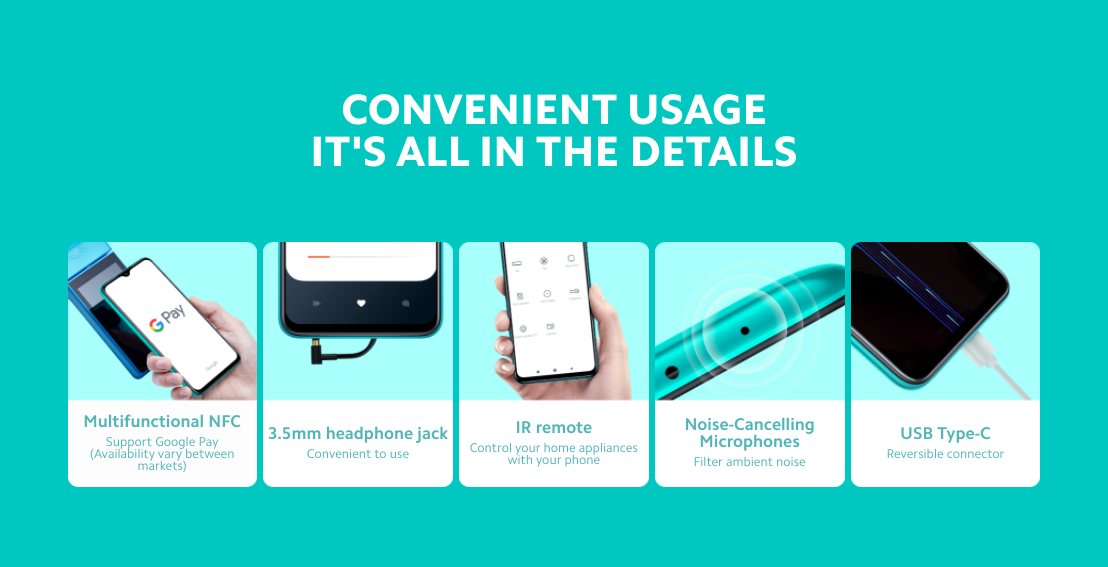 The front has an 8MP f/2.0 selfie shooter. The new Redmi 9 packs a humongous 5,020mAh battery which supports 18W fast charging. But sadly, we get a 10W charger in the box.

The Redmi 9 doesn’t lack any connectivity options as it packs in the support for 4G LTE, Bluetooth 5.0, NFC for payments, Wi-Fi 802.11ac, and GPS. Additionally, it has the 3.5mm audio jack and a USB-Type C port for charging.

Now that it is official in Europe, we expect the handset to make its way to India soon.