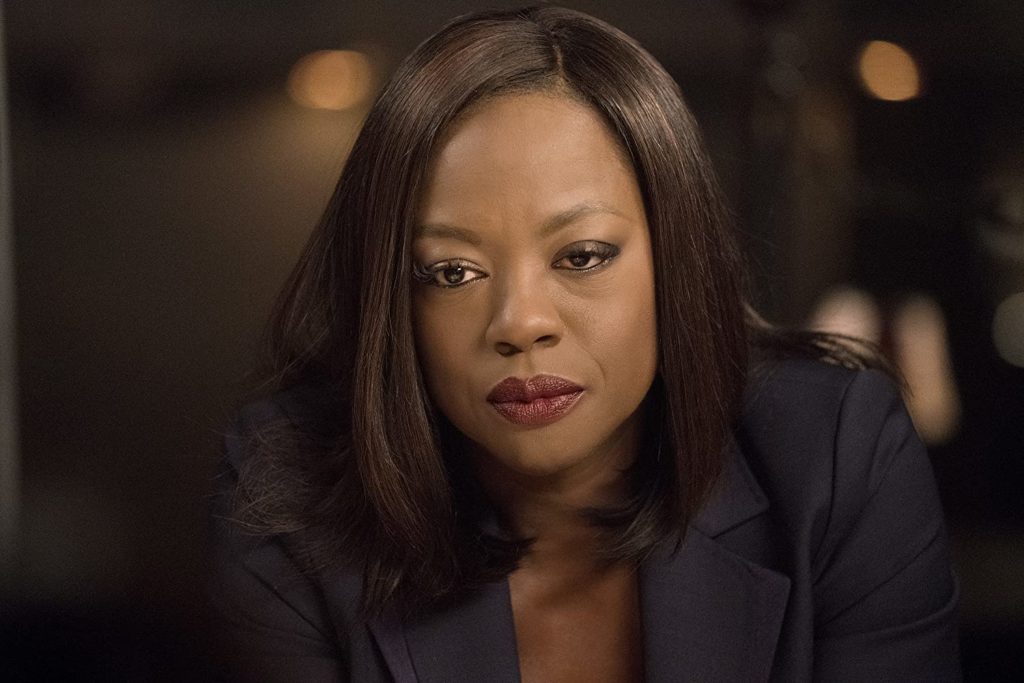 Davis in “How to Get Away with Murder”: Mitch Haaseth/ABC

When a tide of Black Lives Matter protests broke out after George Floyd’s murder, Viola Davis wanted to join them. But, due to COVID-19 concerns, she decided not to attend the events. Instead, alongside friends Octavia Spencer and Yvette Nicole Brown and husband Julius Tennon, she set up a small demonstration, camping out on Laurel Canyon Boulevard in Studio City, California. Davis held a sign reading “AHMAUD ARBERY,” the name of the young Black man who was killed in a hate crime in February.

As Davis explained in a Vanity Fair profile, the protest she held with her husband and friends was far from her first. “I feel like my entire life has been a protest,” she said. “My production company is my protest. Me not wearing a wig at the Oscars in 2012 was my protest. It is a part of my voice, just like introducing myself to you and saying, ‘Hello, my name is Viola Davis.’”

The Oscar winner made it clear that being a Black woman who recognizes her own worth and beauty is an act of resistance in a world built on systemic racism. So is using her own success to bring other Black stories to the screen, as Davis and Tennon do via their JuVee Productions.

At this point in her career — with an Oscar, Tony, and Emmy, and household recognition — Davis isn’t worried about finding work. But she does worry for emerging actresses of color, and hopes to give them a boost with her production company. “There’s not enough opportunities out there to bring that unknown, faceless Black actress to the ranks of the known,” she said. “To pop her!”

“Fabulous white actresses” such as Emma Stone, Reese Witherspoon, and Kristen Stewart have had “a wonderful role for each stage of their lives, that brought them to the stage they are now,” Davis stressed. “We can’t say that for many actors of color.”

The lack of opportunity for young actors of color is, of course, tied to the fact that Hollywood doesn’t value inclusive stories. Or rather, it mostly values inclusive stories when they service white characters or audiences. “Not a lot of narratives are also invested in our humanity,” Davis pointed out. “They’re invested in the idea of what it means to be Black, but…it’s catering to the white audience. The white audience at the most can sit and get an academic lesson into how we are. Then they leave the movie theater and they talk about what it meant,” she said. “They’re not moved by who we were.”

The very fact that Davis speaks out about representation, biases in show biz, and social justice — this is just another example of her life being a protest unto itself. Women who voice their opinions are often the subject of ire, and that goes double for women of color.

“We know as women, when you speak up, you’re labeled a bitch — immediately. Unruly — immediately. Just as a woman,” Davis said. “As a woman of color, there is very, very, very little you have to do. All you have to do is maybe roll your eyes, and that’s it.” The entertainment industry can be especially punishing for those who speak their truth openly. “If there is a place that is a metaphor for just fitting in and squelching your own authentic voice, Hollywood would be the place,” she declared.

Davis won an Oscar for “Fences,” and received nods for “Doubt” and “The Help.” She has revealed that she regrets acting in the latter, a book adaptation about Black maids working with a rich white writer during the civil rights movement. She portrayed criminal defense professor Annalise Keating in ABC’s “How to Get Away with Murder,” which wrapped up its six-season run in May.

You can catch Davis next in Netflix’s musical biopic “Ma Rainey’s Black Bottom,” expected later this year. Her upcoming slate also includes “First Ladies,” an anthology series ordered by Showtime in which she will portray Michelle Obama and exec produce.