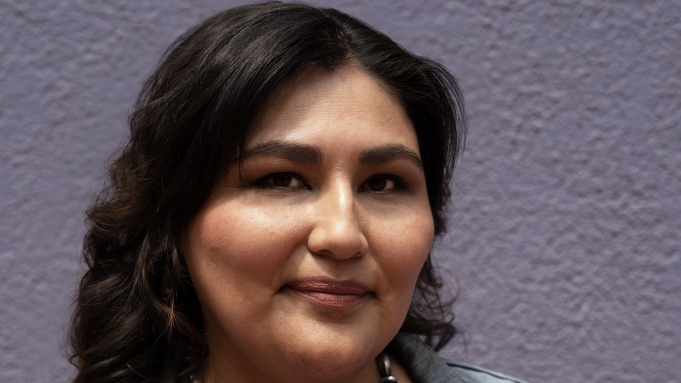 According to the Center for the Study of Women in Television and Film, 70 percent of female television characters in the 2018-2019 season were white. Seventeen percent were Black, seven percent were Asian, and six percent were Latina. Women of other races or ethnicities — including, presumably, Native American women — comprised just one percent of female characters. Television writer-producer Sierra Teller Ornelas referenced the dearth, and stereotyping, of Indigenous characters on television at a recent CTAM panel: “You never see Indians on TV,” she said, per Deadline. “When you do it’s one guy and he has to transform into a wolf.”

The state of Native American representation on television is bleak, to say the least. But, as Ornelas explained in the panel, her new show is bringing some much-needed change to the small screen. “Rutherford Falls,” the Peacock series she co-created and runs, is set in a small New York town bordering a Native American reservation. Ed Helms stars as Nathan Rutherford, a local legend and town namesake who protests the removal of a historic statue.

Ornelas, who is Navajo Latina, revealed that “Rutherford Falls” will feature many Indigenous voices on both sides of the camera. “What’s great about this show is that there are multiple Native American characters. A lot of times on shows, there’s one type of person and they have to represent the whole community,” the “Superstore” alumna said. “In the writers’ room, we had five Native writers, who all saw things differently. They had different views on casinos, on border relations and it was really great to have that reflected in the show.”

“Rutherford Falls” also allows Ornelas and her fellow writers to utilize the “gallows’ humor” present in Native American cultures. “We take these subject matters very seriously but I’m excited by the way that comedy can process these big themes,” she said.

Jana Schmieding (“Broad City”), Michael Greyeyes (“True Detective”), and Jesse Leigh (“Heathers”) have also been cast in “Rutherford Falls.” The series will begin shooting in the next three or four weeks.

Another upcoming project exploring the United States’ history of marginalizing and stereotyping Native American communities is Aviva Kempner and Ben West’s “Imagining the Indian.” The doc examines racist names, logos, and mascots, primarily the former Washington Redskins. A short work-in-progress version of “Imagining the Indian” will screen at festivals until the film is completed in 2021.

Ornelas is under a multi-year overall deal with Universal Television, the home of “Rutherford Falls.” “Happy Endings,” “Splitting Up Together,” and “Brooklyn Nine-Nine” are among Ornelas’ previous credits. She has credited “Superstore” as the first job where she was not the only Latina in the writers’ room.