Pinnacle Studio, now in its 24th version, is a video editing application that’s become steadily more powerful and speedier with each iteration. Its maker Corel also develops VideoStudio video editing software, with Pinnacle positioned as the higher-end of the two product lines. Pinnacle is aimed at near-professional-level enthusiasts, with excellent editing features and effects such as stop-motion video, multicam editing, and motion tracking. Pinnacle also supports 360-degree VR content, and its rendering speed is among the best in our testing.

For those familiar with all the ins and outs of Pinnacle’s interface, processes, and capabilities, here’s a crib sheet of what’s new in version 24: Tracking masks with keyframes, face motion tracking with mosaic blur, a new title editor, and improved keyframe controls. The previous Version 23 added important new tools of its own, including, clip nesting, animated GIF creation, color LUT presets, selective color vectorscopes, and batch processing. 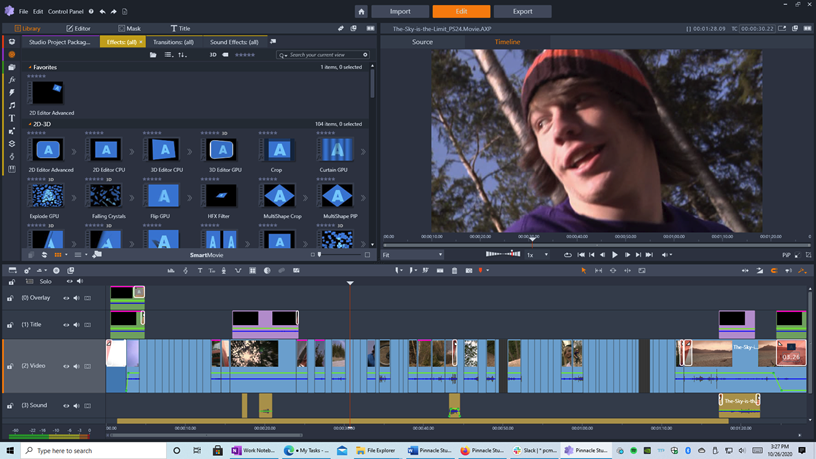 Can My PC Run Pinnacle Studio?

Windows 10 is recommended, but Pinnacle Studio also runs on Windows 8.x, and 7, and it requires 64-bit versions of those OSes, as you might expect. It requires an Intel Core i3 or AMD A4 3.0 GHz or higher, an Intel Core i7 4th generation or later or AMD Athlon A10 or higher for UHD, multicam, or 360 video, and at least 4GB RAM, with 8GB recommended.

To get going you first download a small installer stub app, which then downloads the massive full program. It’s over a 2GB download and takes up 3.6GB on-disk after installation, so you’ll want a fast internet connection and plenty of space on your hard drive. Of course, if you’re editing 4K video, you need a big disk anyway.

When you first run the program, you’re invited to the program’s User Experience Improvement Program, which sends anonymous usage data back to the company; turning that off is straightforward if you’re not interested. Next, a dialog tells you that the Import feature lets you record and open media files.

Import takes up the full program window, which makes it easy to pick the types of importing you need, whether it’s from DVD, computer folders, stop motion, snapshot, or multicam. The software can import 4K content, and you can star-rate and keyword-tag content at import, which helps you find it later. The search bar also helps you find content you haven’t marked in this way, searching instead for words in the filename. 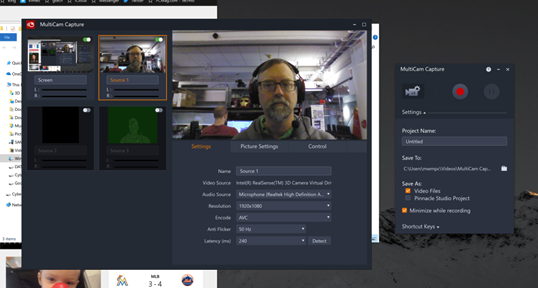 Final Cut Pro X, and it’s a feature that Corel’s other line, VideoStudio, does not include. 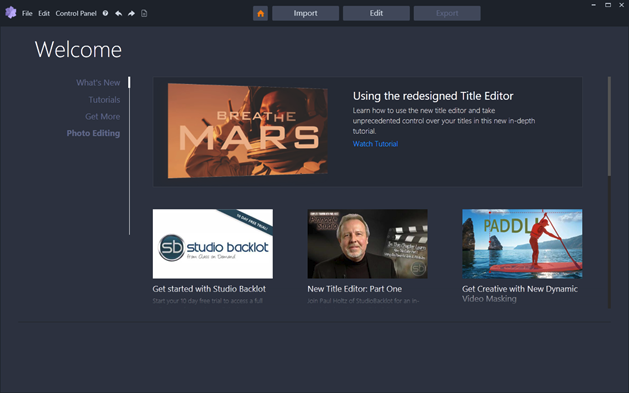 Magix Movie Edit Pro. The preview window includes detailed controls, such as jog and shuttle, frame advance, and rewind. You can also switch the preview between source and timeline. You expand and contract the timeline (either the main one or the one in the preview window) with a clever mouse-drag action, but I wish there were a mouse wheel option for resizing the timeline.

Searching and sorting is available for any content, which is more than I can say for some video editing programs, such as Studio’s sister application, VideoStudio. Hiding and showing items by content type—video, audio, photo, and project—is simplicity itself. There’s an enormous and customizable assortment of keyboard shortcuts. New for version 24 is a helpful Project Notes panel, to help you keep track of work progress. You can also choose which buttons you want to display on the timeline toolbar, including Split, Add Marker, Trim Mode, Multi-Cam Editor, and Audio Ducking.

The interface makes no specific concession to touch input, which I find useful for scrubbing, changing value sliders, and tapping control buttons. That said, scrubbing the timeline by finger did work acceptably. The software now fully supports high-resolution monitors. Rather than integrated help, you get an online PDF (that’s still better than Adobe’s unimpressive web help, which shows info for other products and from non-staff users). In general, however, Pinnacle’s interface is more accessible than those of some competing video editors.

Pinnacle uses a magnetic timeline, so any clip you drag and drop into it snaps to any existing clips, and you can turn that behavior off, if you prefer. Dropping a clip inside another splits the original one, and a razor icon offers clip splitting, as well. One thing missing is a button to drop a selected clip into the timeline at the current insertion point—most editors have this.

The Trim Mode button (or just double-clicking a join point) opens a second preview window so you can see the first and second clips’ states at the trim point. This is supposed to help with effecting slip and slide trims, but I find it less intuitive than the trimming windows of CyberLink PowerDirector and VideoStudio, among other apps.

Three- and four-point editing offer more in- and out-point precision. You switch into this editing mode from the same button on the right side that switches among Smart Editing, Insert, Replace, and Overwrite modes. With the three-point option, you specify in and out points on the timeline, and an in or out point in the source clip. This way, when you insert the clip onto the timeline it will be fit to your specification.

If you choose the Fit to Duration button, your source clip is sped up or slowed down to fit the marked area in the timeline exactly. I see how these could be useful options and less haphazard than simply dragging source onto the timeline. In particular, the time stretching to fit a marked area saves you time.

Dog-eared corners of adjacent clips let you adjust transition lengths between them. You can also enable dynamic-length transitions, or just stick with transitions of set lengths. Cross-fades are accessible right on the timeline via the transition dog ears, but the place from which you get your fancier transitions is somewhat hidden, compared with how other video editors present it. They’re also not as simple to add to timeline clips, with no automatic duration option. Sometimes I dragged a transition between clips in my testing and the app didn’t add anything. There is, however, a very full selection of transitions, grouped as 2D-3D, Artistic, Alpha Magic, and more. 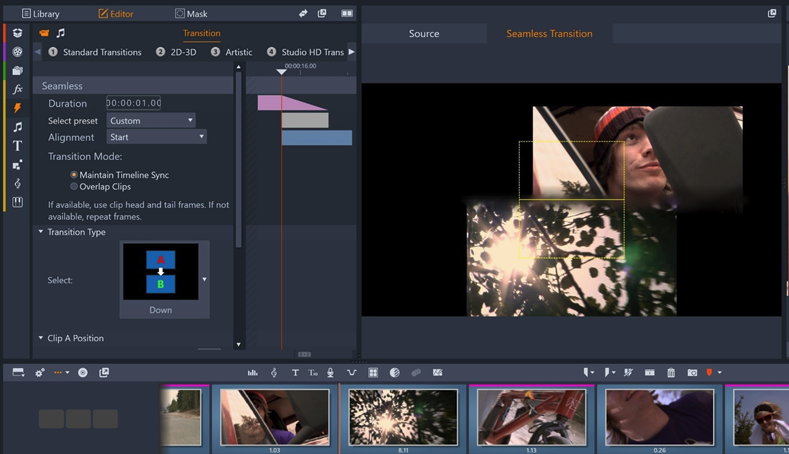 Davonte Douglas explains in this tutorial, you don’t even need software to make seamless transitions, but software can in fact make them even smoother and more impressive. The seamless transitions in Pinnacle Studio work like any other transitions: You just drag them from the source panel down between clips. You get choices for downward, left-to-right, and upward motion between clips, along with variations for rotation during the transition. You can fine-tune the motion by placing similar areas in selection boxes.

The Morph transition lets you draw guides in the first and second videos to affect the transition. It’s not quite as impressive as Final Cut Pro X’s Flow transition, which blends jump cuts—for example, you might seamlessly cut a few words or even a sentence out of a single clip of an interview. The Pinnacle Morph transition is pretty much a crossfade that lets you add blurry motion between clips.

With the Wide-Angle Lens Correction feature, you simply double click on a source clip, and then choose that option from the top menu. There are six GoPro presets, but you can also manually adjust the geometry, making sure lines that should be straight are indeed rectilinear—an issue with GoPro’s wide-angle lenses. 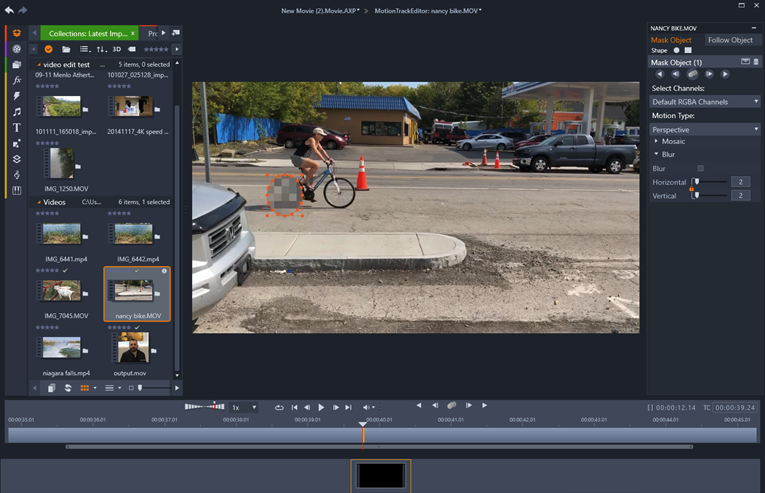 Samsung Gear 360. You can either do some basic editing while maintaining the 360-degree aspect or convert the 360 to standard 2D view. I tested footage from the latter. Confusingly, you have to add the 360 clip to the timeline first and then right-click on it and choose Add as 360 or 360-to-Standard. Several of my sample 360 clips didn’t play at all in the app, even though I could view them in Windows’ Movie Player. 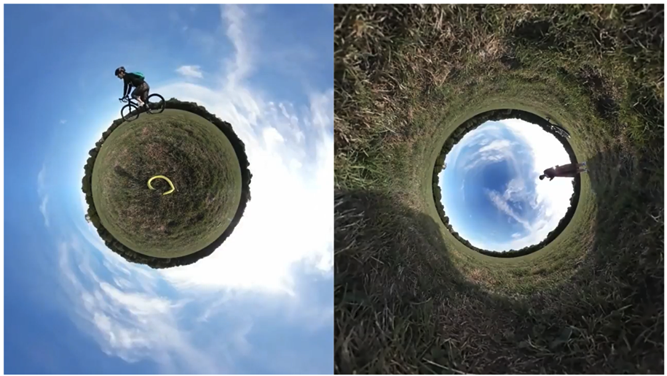 Corel VideoStudio, Pinnacle Studio lets you simultaneously edit multiple clips of the same event shot at different angles. The base version allows two camera angles, Plus makes it four, and Ultimate gives you six. The tool did a good job of aligning my clips using their audio tracks, but you can also align using time codes and markers. As with all these tools, you switch among angles by tapping a clips box in a grid. There are even boxes for switching to clear and to black, which is great if you want to add B-roll later.

When you hit OK, a new clip shows up in your project, not in the timeline. I like that you can right-click and choose Edit Movie to fine-tune angle shifts in a timeline or even reopen it in the multicam switcher window. Some multicam tools, such as that in VideoStudio, simply create a new clip that’s not adjustable after the fact.

Stop Motion is one of the most appealing types of animation, in my book. Just think back to Rudolf the Red-Nosed Reindeer or more recently to Chicken Run and Wallace and Gromit. The Pinnacle tool lets you control a connected camera to take shots automatically at time intervals you specify, and it can even show ghost images of your last shot so you know how to position the next one. 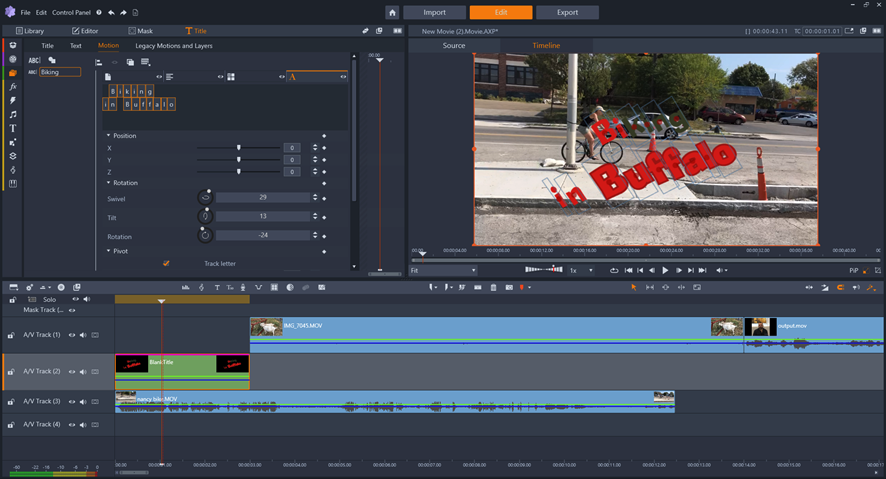