Pick of the Day: “The Queen’s Gambit” 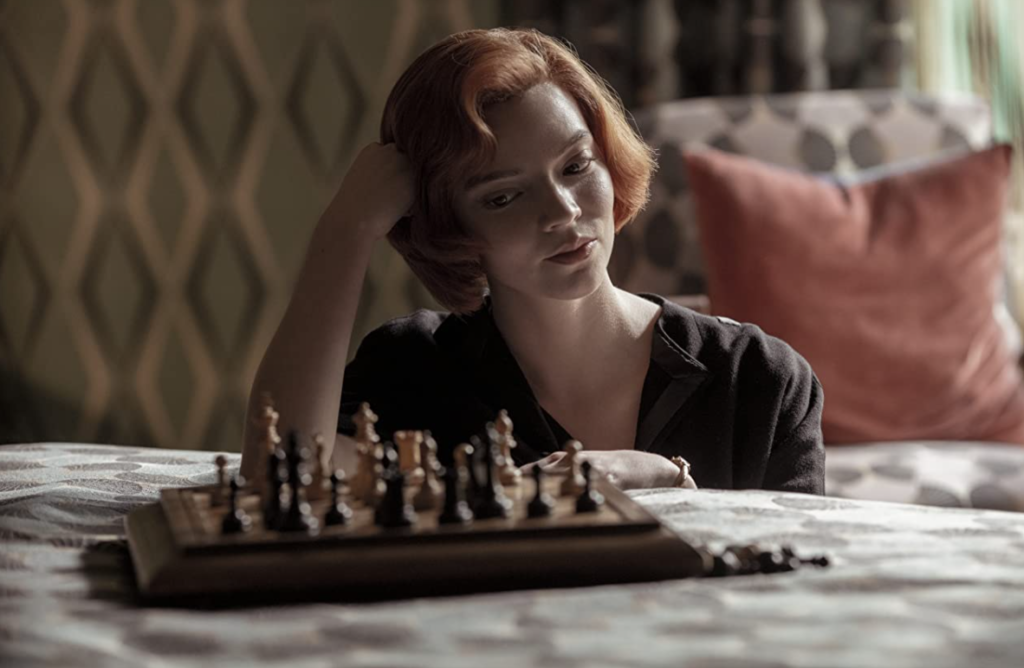 Pick of the Day: “The Queen’s Gambit”

Anya Taylor-Joy plays a brilliant chess prodigy besieged by addiction in “The Queen’s Gambit,” Netflix’s bingeworthy adaptation of the 1983 novel of the same name. Set in the late 1950s, the miniseries follows Beth (Taylor-Joy), a professional chess player, from her childhood in an orphanage to her headline-making runs at international tournaments.

Shortly after moving into a Kentucky orphanage, nine-year-old Beth (Isla Johnston) cross paths with an unfriendly custodian playing chess. She takes an immediate interest in the game, and though Mr. Shaibel (Bill Camp) is reluctant to teach her, he eventually gives in to her pleas. Beth’s prodigious talent is undeniable, but her innate gift blossoms due in no small part to her drive. She’s ravenous to learn everything she can about the game. Her new skill is being developed alongside her new addiction: after being given daily tranquilizers along with all of the other kids she lives with, Beth becomes reliant on them. Using her drug-addled imagination, she projects a chessboard onto her ceiling every night before bed to practice moves.

Drugs and chess become inextricably linked for Beth, leading to substance abuse problems throughout her life. Within the confines of a chess board, she can make sense of the world. It’s the only space she can control, and the only space she feels safe in. But she’s convinced that she needs to be under the influence to be granted access to that world.

“The Queen’s Gambit” is an addiction story, but it’s also a coming-of-age story, an exploration of genius and its toll, and a portrait of a woman working her way up in a male-dominated profession. Beth’s (male) competitors often look at her like a curious novelty, but it’s not long before she’s claiming victory over them.

The series rests on Taylor-Joy’s shoulders, and she’s magnetic throughout — she’ll make a fine heir to Charlize Theron as Furiosa in the upcoming “Mad Max: Fury Road” prequel.

“The Queen’s Gambit” is now streaming on Netflix.