Pick of the Day: “Lovecraft Country” 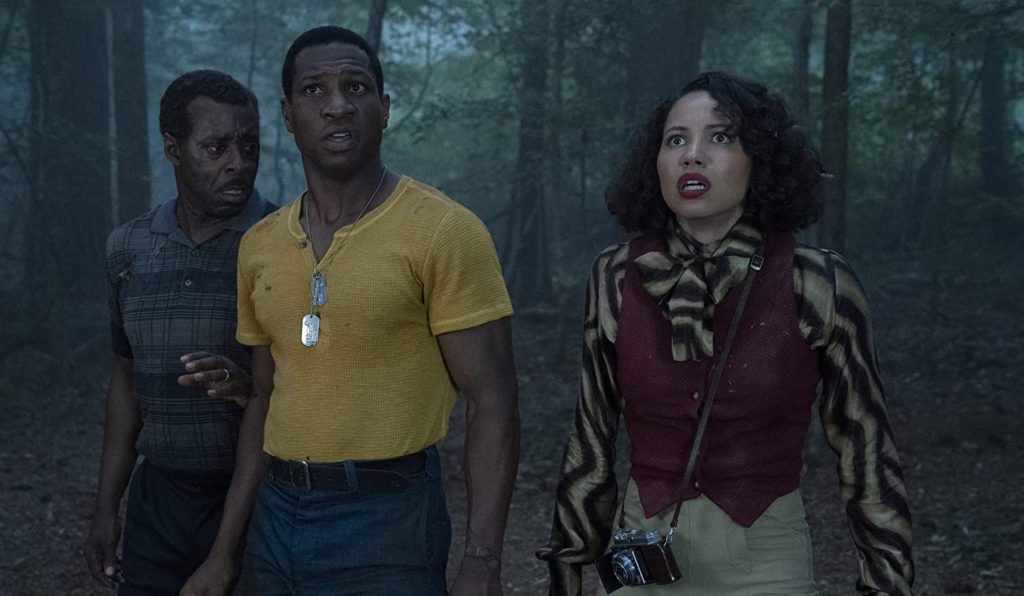 Pick of the Day: “Lovecraft Country”

The supernatural, like everything else, informs and is influenced by systemic racism in “Lovecraft Country.” Misha Green’s new HBO series, developed from Matt Ruff’s novel of the same name, dissects the legacy of racial bigotry in science fiction and horror — ahem, H.P. Lovecraft — and American history. It both reckons with and reclaims genre tropes, problematic and otherwise, from a Black perspective.

Set in the 1950s, “Lovecraft Country” sees Atticus “Tic” Freeman (Jonathan Majors) returning home to Chicago when his father (Michael Kenneth Williams) goes missing. Along with his Uncle George (Courtney B. Vance), the writer and publisher of a Green Book-esque travel guide for the Black community, and childhood friend Letitia “Leti” Lewis (Jurnee Smollett), Tic takes a cross-country trip through Jim Crow America to find his dad. Along the way, the group comes across perilous sundown towns and the cops that “protect” them, secret family history, and a sinister group of white men who are obsessed with Tic’s ancestry.

In each of the three episodes I’ve seen, “Lovecraft Country” tackles a distinct horror staple or set-up: a road trip that goes awry, a creepy household that “welcomes” our heroes, a haunted mansion. We’ve heard these stories ad nauseam, but the series’ centering of Black characters and experiences makes them feel urgent, and vital. Being stranded is scary. Being a Black person stranded with racist police officers in the ’50s is a nightmare — one that too many people have had to face.

Each installment of the show very much feels like its own specific entity, but “Lovecraft Country” is also a serialized story, with an overarching mystery. The stories of the characters’ pasts, including family histories and Tic’s stint in the Korean War, are slowly unfolding.

Witnessing Tic, Leti, and their friends fight social and paranormal evils is extremely cathartic, right now especially. As 2020 America contends with its own monsters — the unchecked spread of the pandemic, Trump, race relations that continue to be, put mildly, fraught — I’m looking forward to heading back to “Lovecraft Country” each week. It’s a hell of a terrifying, galvanizing, infuriating, inspiring watch.