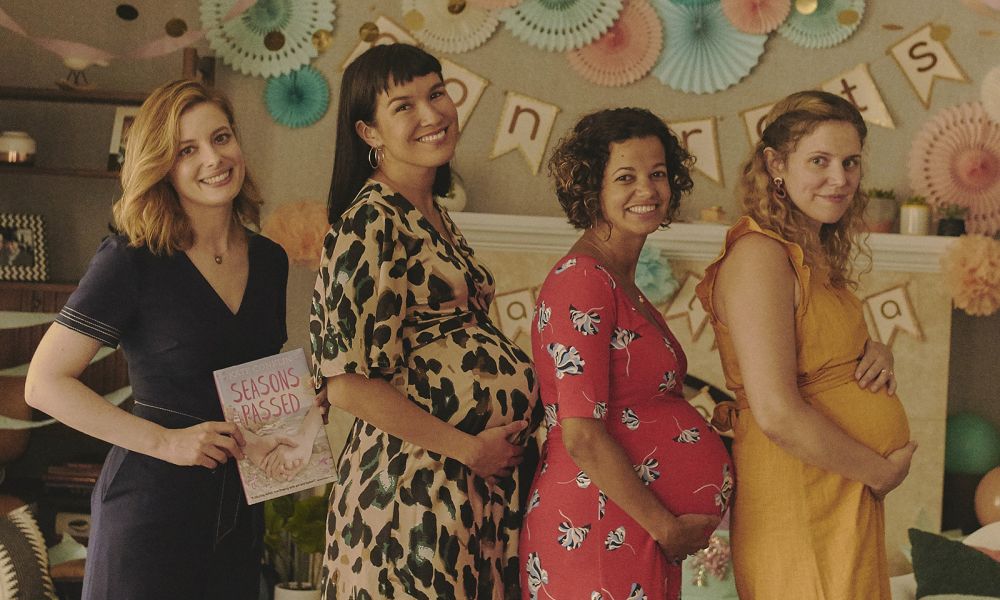 A former professor and crush beckons Gillian Jacobs back to her old stomping grounds in “I Used to Go Here.” Kris Rey’s latest sees the “Community” alumna returning to a college campus. Kate (Jacobs), a 35-year-old writer, just published her first novel, and has been invited by her mentor to speak at her alma mater, where he’s still teaching.

Kate’s trip isn’t exactly a triumphant return. Her book sales are underwhelming — so much so that her book tour has been cancelled. Her personal life is also in shambles. She’s desperately trying to reconnect with her former fiancé, and surrounded by pregnant friends who are preparing to start the next chapter of their lives. Kate feels stuck, and is overjoyed to return to the comforts of her old campus and a period in her life where she felt like she had her whole future in front of her. “Life’s not like school,” she warns an especially promising student. “It’s all, like, possibility for you.”

Kate befriends some undergrads living in her old digs, and is buoyed by the fact that they see her as a “real writer.” David (Jemaine Clement), the professor who asks her to visit, offers her a job, and their chemistry from all those years ago is quickly revived. Still, the longer Kate stays in town, the more it starts to feel like she’s at risk of moving backwards, and she’s behaving more and more like the 20-year-olds she’s started hanging around with. She’s instantly jealous of April (Hannah Marks), David’s most gifted student, and rather than reflecting on the source of her insecurities, she lashes out at the much younger woman.

The scenes between Kate and April are some of the film’s finest. April, an aspiring writer, goes to Kate for advice, and quickly realizes that she’s less interested in nurturing her talent than talking down to her.

Jacobs is perfectly cast. She and Rey, who also penned the script, really complement each other, and make a fairly familiar story feel fresh.

“I Used to Go Here” is now in select theaters and available On Demand.