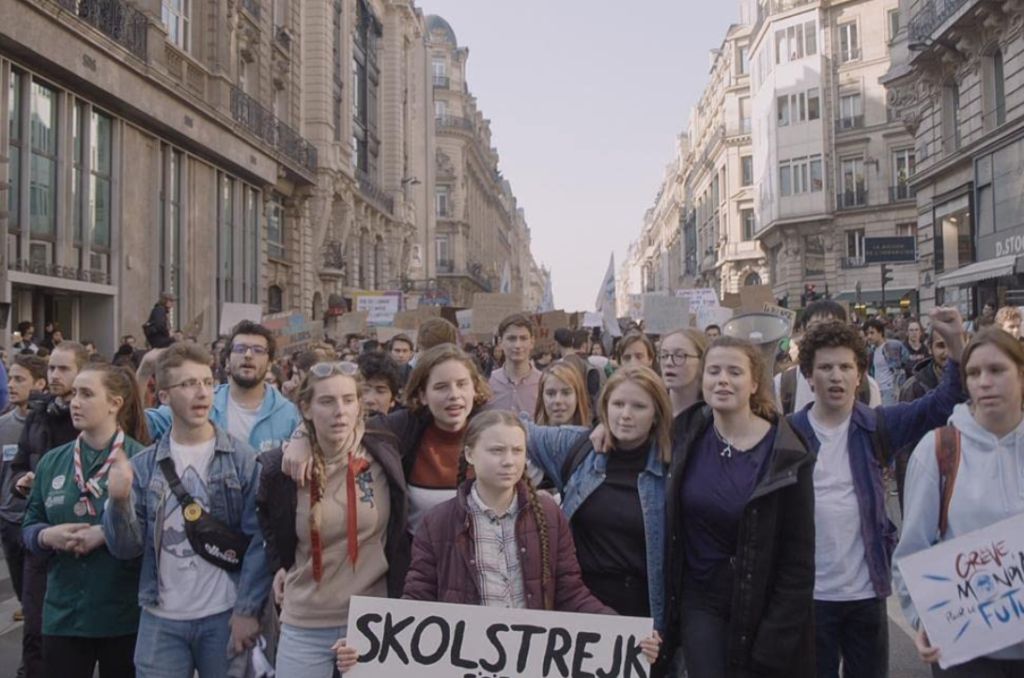 Greta Thunberg never expected to become a household name helping to lead the charge on climate activism. Her life, she explains in “I Am Greta,” now seems like a movie or dream, “but a very surreal movie because the plot would be so unlikely.” As its title suggests, the Hulu doc sees Thunberg telling her own “unlikely” story in her own words, featuring never-before-seen footage of the teen trailblazer.

Thunberg’s father describes her as having a photographic memory and being “laser-focused.” The shy student with Asperger’s used that laser-focus to learn as much as she could about the climate crisis — and do as much as she could to address it. She suspects that people with Asperger’s or autism “sometimes have [the] ability to see through the static,” and she does just that. Frustrated by adults who say we only have one planet and should take care of it yet don’t “give a damn about the climate crisis,” Thunberg resolves to change people’s perspectives. “We are currently living as if we have several Earths,” she emphasizes.

Kicking off with her one-person school strike for climate action outside the Swedish Parliament, “I Am Greta” tracks Thunberg’s rise to fame and influence as she sparks school strikes around the world, forcing her peers and politicians to understand the “magnitude of the problem” and the fact that there are an “infinite number of things” we can do “to make a difference.” The doc concludes with Thunberg’s wind-powered voyage across the Atlantic Ocean to speak at the UN Climate Action Summit in New York City.

As inspiring as it is to see Thunberg finding her voice and using it to push a much-needed international conversation forward, the doc also offers an intimate look at another side of the young woman behind the extraordinary, headline-making accomplishments, letting her personality shine through. We see Thunberg struggling with the enormous sense of responsibility she feels for the fate of the Earth, as well as the enormous pressure she’s under. We see her acting like a typical teenager and bickering with her dad. We see her delighting in an unflattering photograph of her with the Pope — delighting in it so much she cries, “I’m going to pee myself!”

Thunberg’s journey is just beginning, and “I Am Greta” charts her captivating origin story: I’m looking forward to the next chapter.

“I Am Greta” is now streaming on Hulu.