Pick of the Day: “Happiest Season” 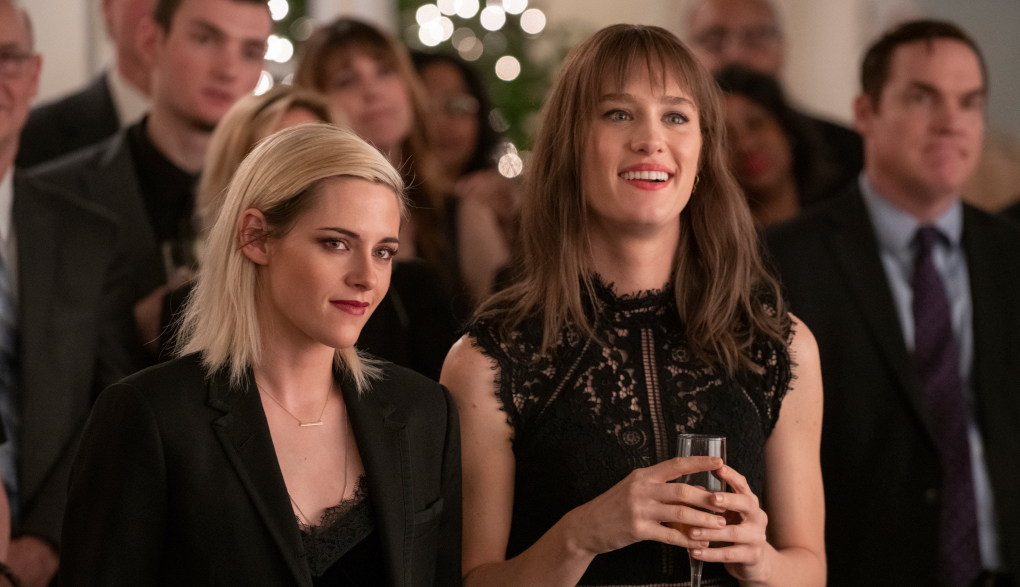 Pick of the Day: “Happiest Season”

Hark! The Herald Drag Queens Sing: Clea DuVall’s “Happiest Season” has finally arrived. Eagerly anticipated since it was first announced, the gay rom-com sees Kristen Stewart and Mackenzie Davis as a lesbian couple celebrating the holidays. Abby (Stewart) is convinced that Harper (Davis) is her “person,” and she’s ready to take their relationship to the next level, so she’s planning to propose at her girlfriend’s annual Christmas dinner, where she’ll be meeting Harper’s family for the first time. There’s just one hitch: Shortly before arriving at her parents’ house, Harper tells Abby that her parents don’t know she’s gay — and they think that Abby, her platonic roommate, is coming to celebrate the holidays with them because she’s an orphan and has nowhere else to go.

Though she’s understandably reluctant to celebrate Christmas in the closet, Abby is ultimately convinced to stick out the holidays with Harper’s promise that she’ll tell her family about their relationship before the visit is over. But for now, she needs to dedicate her full attention to helping her father, a conservative politician who is running for mayor, secure the support of a major donor.

The film didn’t quite leave me with the warm and fuzzy feeling it seemed designed to. It becomes increasingly difficult to watch Harper push Abby aside and prioritize everyone else above her. The couple are pretending to be friends, a rouse that’s already making Abby feel like garbage, but Harper isn’t even treating her like a friend. After insisting that she come along on the trip, Harper starts behaving as though Abby is an unwelcome nuisance, and while she eventually acknowledges that she’s being a jerk, it’s unclear why exactly Abby wants to marry Harper — or why we should be rooting for them as a couple. It would have helped to spend more time with them ahead of their trip out of town: that way we could have seen more of them in love and in their natural element.

Still, “Happiest Season” is a welcome — and necessary — addition to the holiday rom-com fold. It’s so refreshing to see a queer couple at the center of this type of story, and while the romance itself left me wanting more, scenes grappling with Harper’s reluctance to come out really shone. “I’m scared that if I tell them who I really am I will lose them,” Harper explains. “I am not hiding you. I am hiding me.” As Abby’s own BFF (Daniel Levy) emphasizes, “Everybody’s story is different. Just because Harper isn’t ready doesn’t mean she doesn’t love you.”

Aubrey Plaza also stands out in a supporting role as Harper’s secret ex — a backstory that adds another rich layer to the film (and a fun scene in a gay bar with cameos from “Drag Race” stars).