Pick of the Day: “Bad Hair” 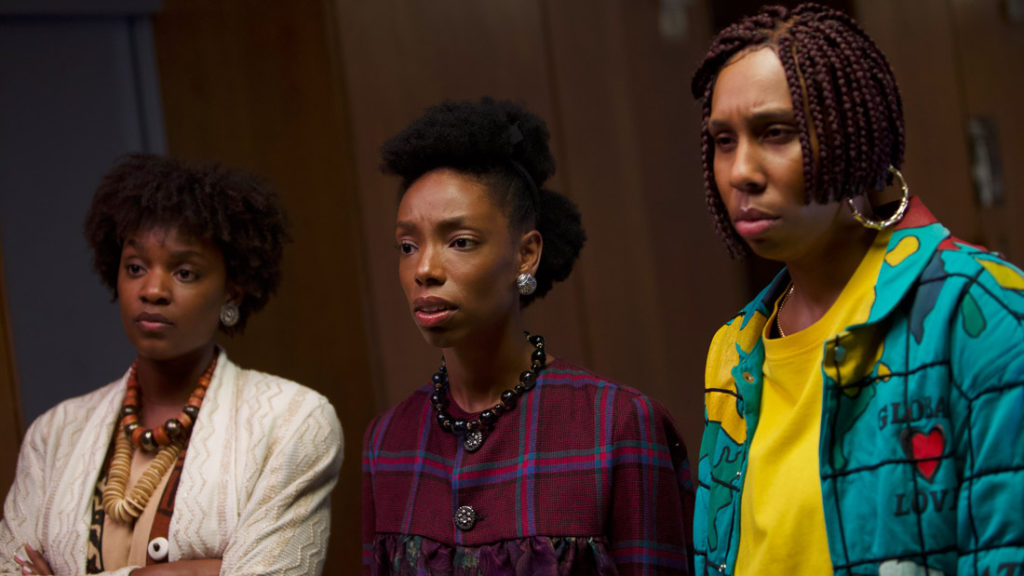 Pick of the Day: “Bad Hair”

If you’re already missing “Lovecraft Country” and wishing HBO would just go ahead and frickin’ renew it already, then “Bad Hair” is just what the doctor ordered. Being a genre story set in the not-as-distant-as-we’d-like-to-think past and told from a proudly Black perspective, the new horror satire from “Dear White People’s” Justin Simien hits similar beats.

Taking place in 1989, “Bad Hair” sees Anna (Elle Lorraine, who plays Issa’s scene-stealing neighbor on “Insecure”) trying and failing to rise the ranks at the predominantly Black music television channel Culture. When Culture gets a new boss (Vanessa Williams) and starts retooling in order to appeal to a white audience, Anna decides changing her look might be her best bet at keeping her job. So, at her co-worker’s suggestion, she gets a weave.

Suddenly, Anna’s ideas for Culture are getting traction and she’s being seen. It’s great, until it’s not. Anna likes the way she looks and feels, but, in a “Little Shop of Horrors”-esque spin, she discovers that her hair is, well, alive — and requires feeding. Even worse, Anna’s not the only woman at Culture who’s been pressured into changing her hair.

Let me just take this moment to say that, as a white woman, I’m not exactly equipped to comment on Black hair: I know enough to realize that Black folks, especially women, are constantly policed and fetishized for how they choose to wear their hair, and I also acknowledge that I’ll never be able to entirely understand what that’s like.

I will say, from my perspective, “Bad Hair” does a great job unpacking the horrors that come when one’s hair — and by extension, one’s appearance — is fodder for public debate. When Anna wears her hair naturally, she’s ignored and overlooked. With her weave, she’s more successful than ever but has to put up with accusations that she’s selling out and making herself more palatable to whites.

“Bad Hair” is also honest about the pain and expense Black women must endure if they want to change their hair. From tight braids to sewn-in weaves to chemical relaxers that burn the scalp, Anna suffers a lot in this film — and that’s before the gore factor kicks in. The truly scary part of “Bad Hair” isn’t the monster weave: it’s the very real fact that, for Black women, hair sometimes dictates who you’re allowed to be.

“Bad Hair” is now playing at select drive-in theaters, and is available on Hulu.