Peter Sarsgaard Teases An Intense Role In ‘The Batman’ 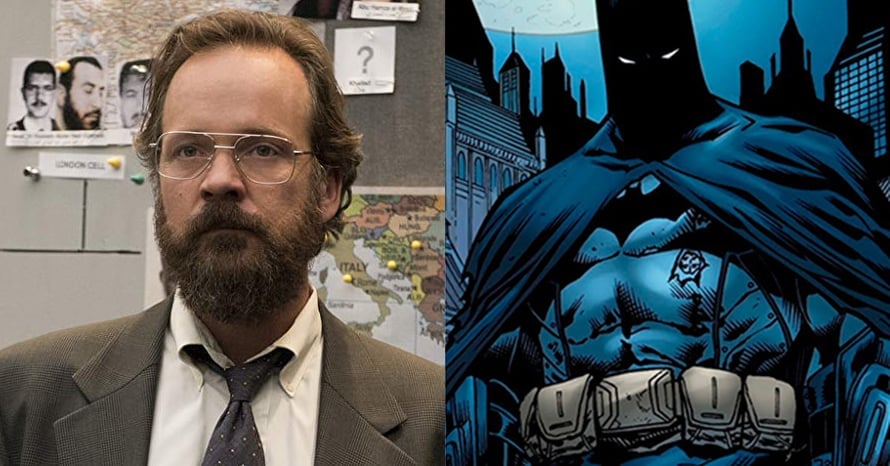 One of the bigger mysteries surrounding The Batman is that of Peter Sarsgaard’s role in the film. In it, he is currently credited as Gil Colson who is said to be the current District Attorney of Gotham. The name, however, is not that of any character in DC Comics lore but did appear in an episode of Batman: The Animated Series where he was a pawn of Two-Face’s attempted takeover of Gotham. Whether or not this will factor into the plot of the film is currently unknown but Peter Sarsgaard seems dedicated to the part.

While speaking to Observer, Peter Sarsgaard talked a bit about his role in the upcoming film and how he shot intense scene after intense scene:

“My part is very intense. On a big show like that my main concern was that I would have to do it 150 times—this intense scene and then that intense scene. My character is at nine out of ten for a lot of it. That was going through my head a lot, like ‘How do I maintain this?’”

What do you all make of Peter Sarsgaard’s words? What part do you think the actor will play in The Batman? Let us know what you think in the comments below!

Plot details for the upcoming Batman film are under wraps but the project will be centered on Robert Pattinson as a younger Caped Crusader during his early years as Gotham City’s protector. The Batman will also feature the titular character making use of his detective skills more than what we’ve seen before in previous versions. The film is also expected to be the first installment to a new trilogy with Pattinson as Batman.

Directed by Matt Reeves from a script he co-wrote with Mattson Tomlin, the film stars Robert Pattinson as the Caped Crusader, Zoe Kravitz as Catwoman, Paul Dano as the Riddler, Jeffrey Wright as Commissioner James Gordon, John Turturro as Carmine Falcone, Peter Sarsgaard as Gil Colson, Jayme Lawson as Bella Reál, with Andy Serkis as Alfred Pennyworth, and Colin Farrell as the Penguin.

The film is currently scheduled to hit theaters on October 1, 2021. Stay tuned for all the latest news on The Batman and Peter Sarsgaard’s role in it and be sure to subscribe to Heroic Hollywood’s YouTube channel for more video content.

The post Peter Sarsgaard Teases An Intense Role In ‘The Batman’ appeared first on Heroic Hollywood.