Deducing the top trends at a massive trade show like CES is more art than science. I’ve been doing it for 15 years and have generally followed the same process: Collect as much information as possible under embargo in advance of the show, limit show meetings to breaking news and relationship-building, and try to read everything the PCMag team publishes. There’s also a longstanding tradition of asking every other journalist I meet if they’ve seen anything “cool.” After all, there’s an infinite amount to cover, and scoops age quickly under the omnipresent glare of 24/7 media.

This year, of course, things were different. There were no flights to Vegas or overpriced hotel rooms. There were no endless lines to get into press conferences or a tightly thronged show floor. (Wheelie bags? Seriously people?!) There were no vendor dinners where makers, marketers, technologists, and spin doctors could share a meal and seek common interests. And there was no collegial collaboration among competing journalists. This year’s CES was a series of Zoom calls and streamed video feeds.

But the show went on, as everything must, making the best of this new world. In the last week, we’ve seen significant platform releases from AMD and Intel, cutting-edge display innovations from LG and Sony, and a host of new technologies designed to help us live happier lives. How many of us knew we needed a smart toilet before now?  Even in this virtual, socially distanced form, CES holds clues to our future.

PCMag editors have spent a staggering amount of time covering the torrent of news from the show. You can read it all here, but we’ve also stepped back to look at the big picture and gather these seven key takeaways to help you know what’s in store for the year ahead.

And as far as virtual shows go, I much prefer sitting in a hotel bar with a CTO and have them simply tell me what the future holds, but there is always next year. 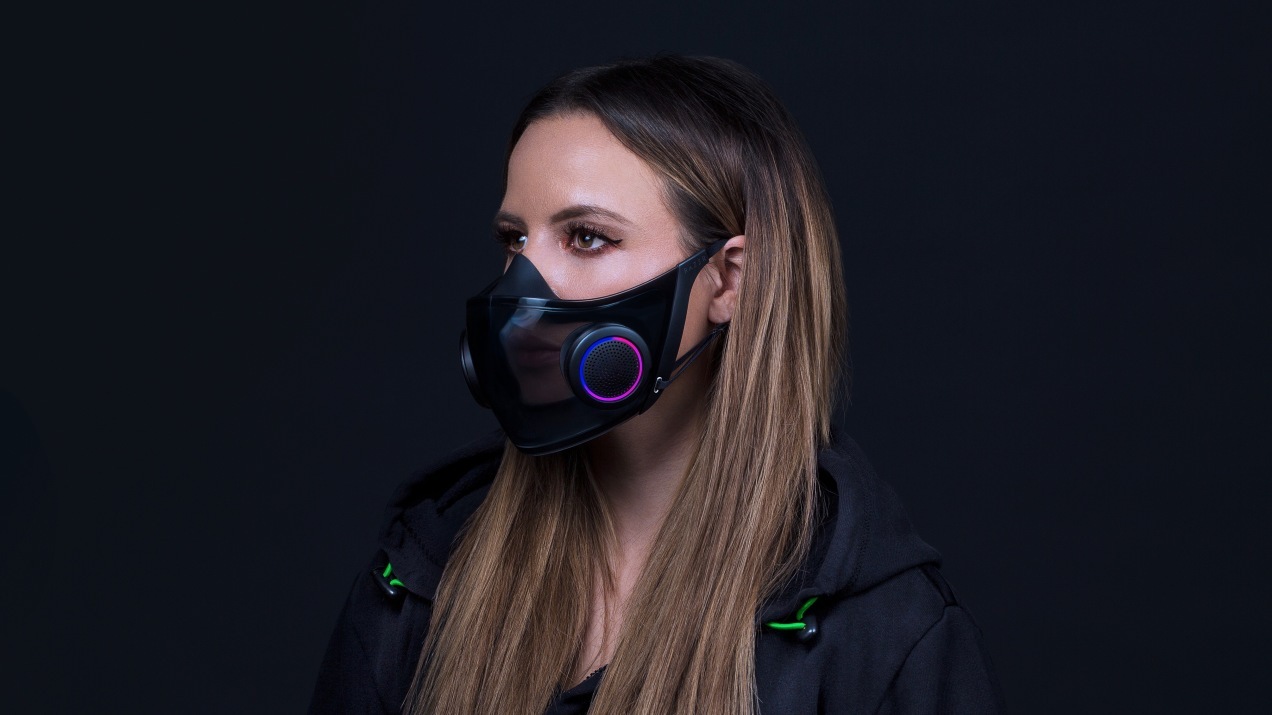 LG’s InstaView Refrigerator uses UVnano technology to sanitize drinking water. LG says it will kill up to 99.9% of bacteria including E. coli, staph, and pseudomonas aeruginosa. The company also showed a coronavirus-fighting robot, which patrols the room blasting out UV light. LG claims the robot will “move easily around tables, chairs, and other furniture, generally irradiating a room’s touchable surfaces in 15 to 30 minutes, disinfecting multiple areas on a single battery charge.” The bot will start rolling out in the next few months.

Similarly, there are a host of new UV sanitizers hitting the market promising to clean the funk from your phone. As PCMag’s Steven Winkleman recently explained, tiny UV sanitizers need to be pretty powerful to be effective, so be sure to read our story to understand which sanitizers work best and how to use them properly.

There was also no shortage of high-tech face masks, including one from Razer with RGB lighting, and another from Binatone that has a built-in Bluetooth headset.

Now, we don’t expect any of these products to stop the virus in its tracks, but they have the potential to make our lives easier and safer for the time being. Just make sure you’re following the advice of the CDC before believing in the promises of a tech manufacturer. 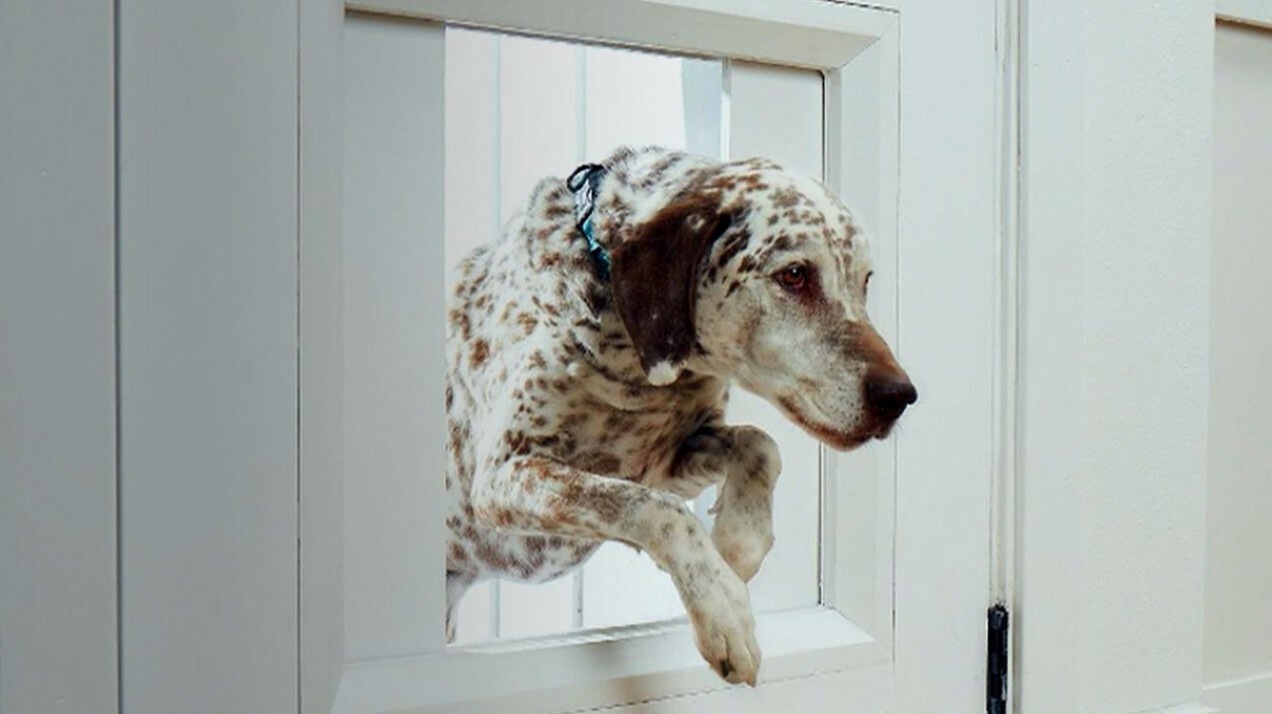 To that end, Samsung announced the JetBot 90 AI , a robot vacuum that can both clean your house and serve as a roving security camera. Companies like iRobot and Ecovacs dominate the Robot vacuum market, but Samsung could be a big player here.

Of course, the rush to upgrade the smart home will have its limits. I would argue spending $3,000 for a smart dog door exceeds those limits, but American consumers have proven me wrong before. 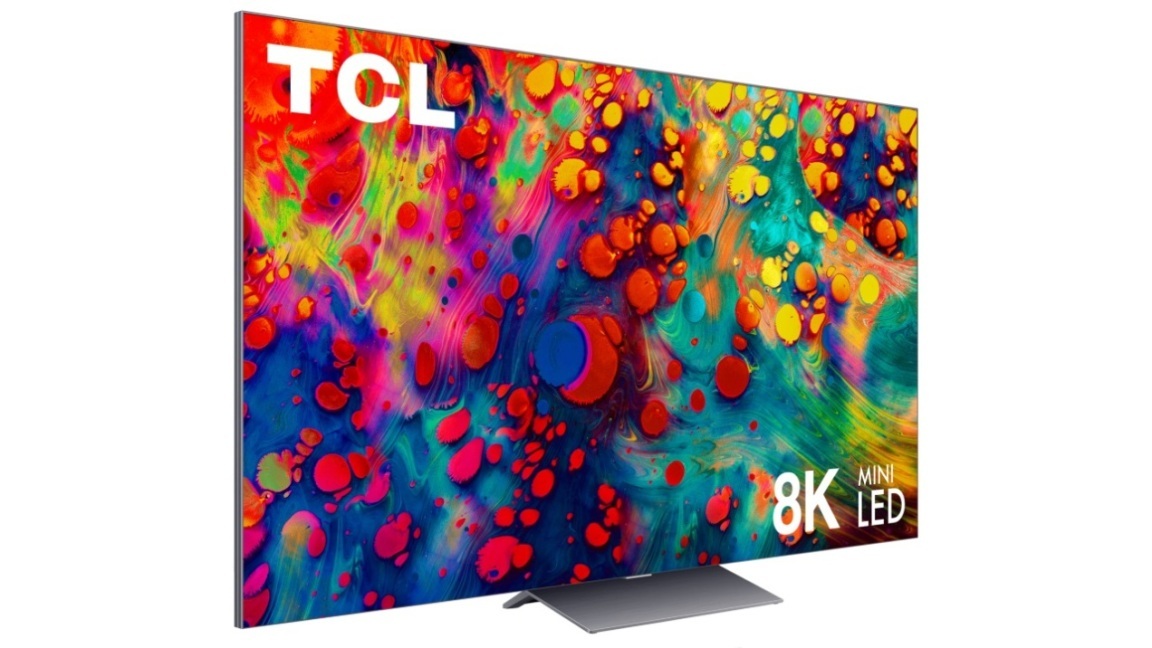 consumer TV show, for better and worse. CES is where 4K TVs were first shown to the press and the public, setting a new standard in broadcast (and now streaming) video entertainment. Then again, CES is also where 3D TV made its stand (I have made many mistakes in my career, but pushing 3D TV was not among them). Now we stand at the threshold of a new standard: 8K.

CES was the only place where anyone could see an 8K TV with a native 8K signal for the last few years. LG and Samsung dazzled visitors with demos, but few people bought them because they were so expensive. This year the most notable news was that TCL would start selling 8K versions of its affordable and outstanding Series-6 TVs. This could be a turning point where 8K is finally within reach for mainstream consumers.

There is just one hitch: There is almost zero commercially available 8K content. No streaming service supports it, and you can forget about broadcast networks taking it up anytime soon. And while the TCL news is big, we still don’t know how much these TVs will cost.

Check out Will Greenwald’s expert advice before spending money on an 8K TV. 8K was a big part of CES 2021, but it probably won’t be a big part of how we watch TV for at least another couple of years. 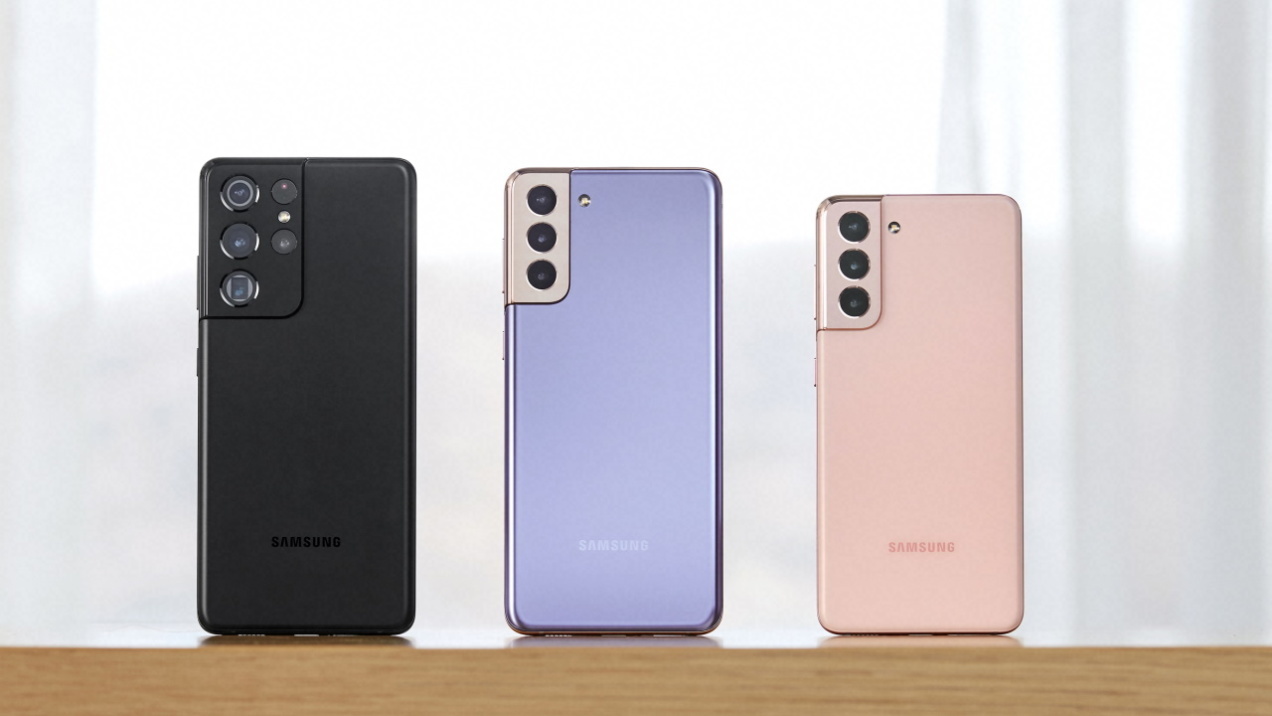 And there are signs Verizon is actively building on that foundation. If you want to know how Verizon will solve its availability problems, check out Sascha Segan’s reporting on how Pivotal Commware can help solve the carrier’s “last mile” problem.

In terms of product launches, the most significant announcements happened concurrently with CES but weren’t formally part of it. The Samsung Galaxy S21 launched on the last day of the show and seems, at this point, to be an incremental improvement. Motorola launched the One 5G Ace a few days before the show began. At $400, it’s the least expensive 5G phone available in the United States. 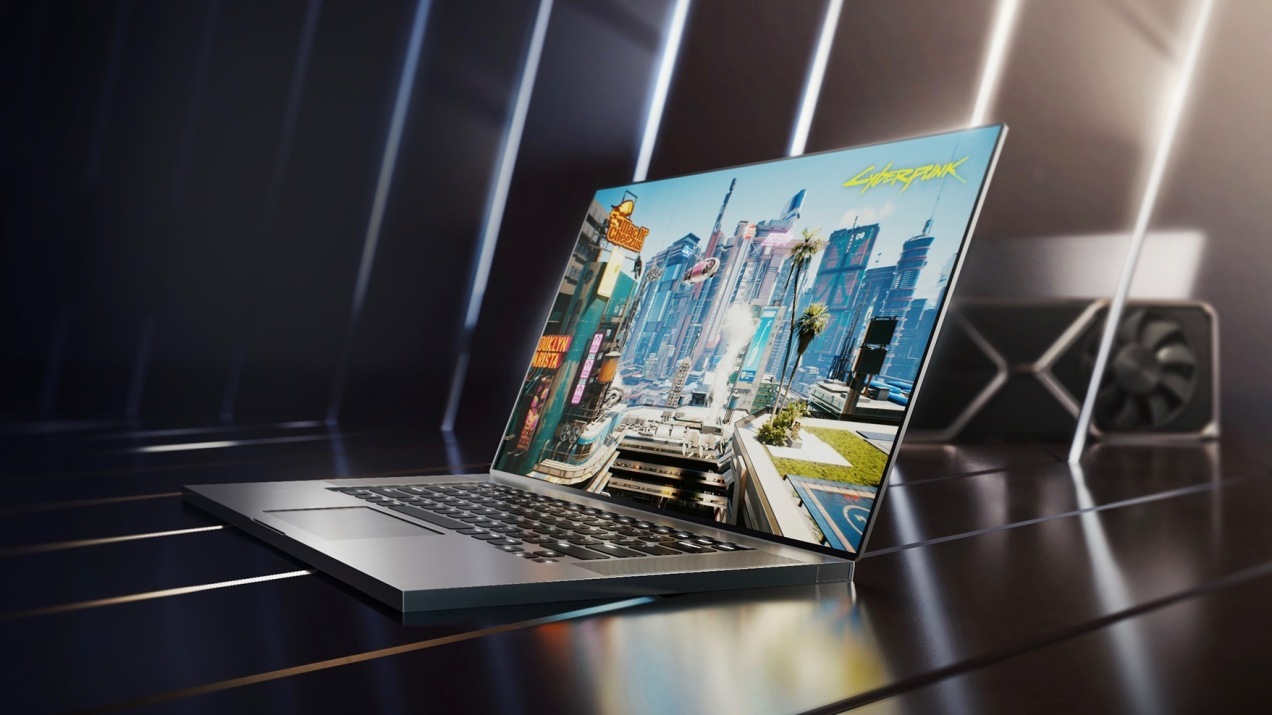 13.7% globally. In short, PCs matter more than ever, and this year’s CES is bringing you lots of new options to choose from.

Intel finally released its long-delayed 11th generation, 10-nanometer processor, bringing a respectable, but not game changing 20% improvement in overall performance. Perhaps of more interest to IT managers is the inclusion of vPro and other manageability features in the new processors. With so many of us using our home computers as work computers, it might be time to upgrade to a system that can be better managed by an IT department.

How do you know if a system has the latest Intel silicon? Tom Brant suggests looking for the 11 in the model number, such as Core i7-11375H. It isn’t 100% accurate, but it’s a strong indicator you have the latest chip.

Despite Intel’s launches, AMD managed to steal most of the headlines and seems to be maintaining its newfound lead when it comes to performance. AMD launched a ton of Ryzen 5000-series chips, targeting both gamers (Ryzen 9 5900X) and mainstream laptop users (Ryzen 7 5800U.) AMD is simply providing more performance and value than Intel. Expect to see a lot more AMD-based laptops in 2021.

The increasing imbalance between AMD and Intel played itself out in other ways, as well. A day after AMD CEO Lisa Su took a victory lap in a CES keynote, news broke that Intel CEO Bob Swan will step down on February 15. 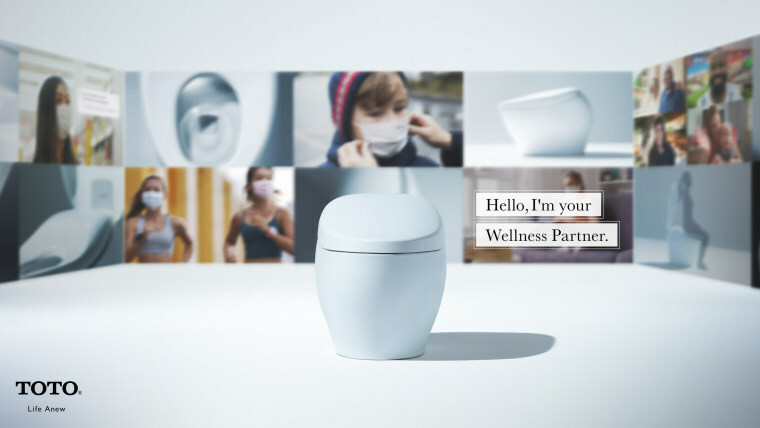 strange new tech at the show.

Jolt Cola and Red Bull are old news—now gamers can get a caffeine kick on gum. XPG is an SSD and PC case vendor, and it has a new notebook, PC chassis, and liquid cooling system, but no one wrote about those things. That’s because XPG is also branching out into chewable energy. The new XPG mana gum will power you through long gaming sessions with lutein for eye health, and lots of caffeine. What does it taste like? The company says minty.

The Star Trek episode “The Trouble With Tribbles” aired in 1967, but it wasn’t until now that the bold thinkers at Qoobo were brave enough to ask the question: What if we put a tail on it? The answer is an adorable therapeutic robot that can make you feel good about yourself. It doesn’t have a head, but it has a long, fluffy tail.

peer into the future. Without a show floor this year, there were real questions about whether the industry would reveal its secrets via Zoom. The results were generally pretty positive.

Mercedes Benz unveiled a 56-inch touch screen that it plans to roll out in future cars. It’s the most complete reimagining of the automotive control panel since the Tesla was released.

LG and TCL showed new ways to put a 10-inch screen on a 6-inch phone. Both companies demoed phones with displays that slide out. It’s unlikely we’ll see these phones this year, but the prototypes are a sign of things to come.

Not many people in the US have heard of Sonos Motors, but the German startup is working on a car that can recharge via solar energy, dubbed the Scion. There are more than 248 solar panels built into the exterior of the vehicle. The Scion is scheduled to go into production later this year and will sell for around $26,400. Let’s hope there are sunnier days ahead.

General Motors set its sights even higher, with the completely electric Cadillac Vertical Take-Off and Landing (VTOL). With a top speed of 55 miles per hour, GM plans for this type of self-driving drone to serve as an air-taxi. (“Your Uber is Arriving. Look up.”)

And let’s get back to that smart toilet for a moment. In April 2020, Stanford Researchers published an article detailing the potential of the smart toilet as the most personal of healthcare devices, explaining the potential of an “analprint identification system.” It was shocking, weird, and funny. Nine months later, Toto is showing how that idea can work as an actual product in the real world. It’s a good example of how CES really does give us a glimpse into the future.

And who knows? Next year at CES 2022 we might see real, functioning smart toilets go on sale that can give us entirely new insights into our personal health. And even if we don’t get to go to Las Vegas to see these innovations person, it’s comforting to know that CES can adapt and change along with the rest of the world.

Dan Costa is the Editor-in-Chief of PCMag.com and the Senior Vice President of Content for Ziff-Davis. He oversees the editorial operations for PCMag.com, Geek.com, ExtremeTech.com as well as PCMag’s network of blogs, including AppScout and SecurityWatch. Dan makes frequent appearances on local, national, and international news programs, including CNN, MSNBC, FOX, ABC, and NBC where he shares his perspective on a variety of technology trends.

Dan began working at PC Magazine in 2005 as a senior editor, covering consumer electronics, blogging on Gearlog.com, and serving as the host of the weekly Gearlog Radio podcast. Prior to arriving at PCMag, Dan was Editor of the CNET Fortune …