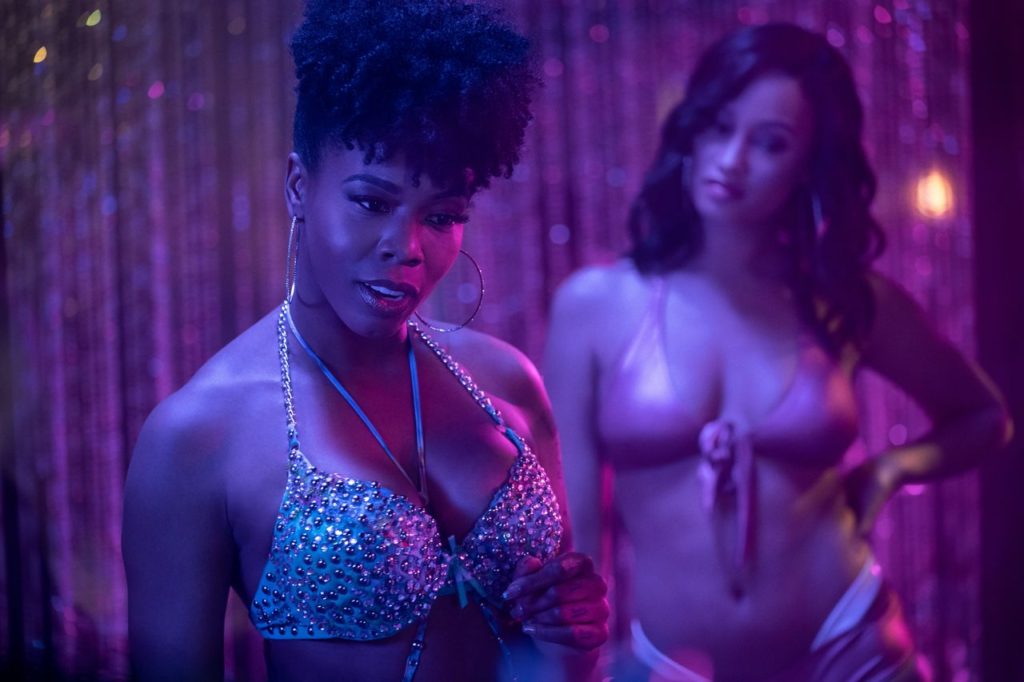 Starz is returning to The Pynk. The premium cable network has renewed its new hit drama, “P-Valley,” for Season 2. The sophomore season will feature 10 episodes, as compared to this season’s eight, according to The Hollywood Reporter.

Created by Katori Hall, and based on her play “Pussy Valley,” “P-Valley” premiered July 12 to love from both critics and audiences. Three episodes have aired so far. The show “has set a new record on the Starz App and ranks as its most-viewed series premiere, up 17 percent from its previous high,” THR reveals. “Viewership has increased week to week, up 27 percent from its first to third installment.” “P-Valley” also boasts a 100 percent “fresh” rating on review aggregator Rotten Tomatoes.

“P-Valley” centers the employees and customers of The Pynk, a strip club in the Mississippi Delta. The retiring star of the club, Mercedes (Brandee Evans), mysterious new girl Autumn (Elarica Johnson), and the clever, genderfluid head of The Pynk, Uncle Clifford (Nicco Annan) are among the show’s ensemble.

Referring to the multiple outlets that originally passed on “P-Valley,” Hall stated, “I am beyond overjoyed by “P-Valley’s” season two renewal, which is truly a reflection of the amazing work done by the hundreds of artists and technicians who laid their expert hands on this dream of mine. Despite the challenges we faced in bringing the stories of marginalized and stigmatized folks to the small screen, ‘P-Valley’ debuted on Starz at the right time — in this moment in which we as a nation have been forced to consider how we treat our most disenfranchised citizens.” She added, “I am so grateful for this chance to get back up on that pole and to dig deeper into the lives and stories of the Pynk family.”

Christina Davis, head of originals at Starz, added, “‘P-Valley’ has quickly become this summer’s newest must-see television series as critics and audiences alike are taken up by the authentic and compelling characters that make the Pynk come alive. Katori has delivered a provocative drama that looks beyond the glitz and into the hearts and minds of these fully realized and compelling characters, exploring them through a female gaze that invites the audience to take a walk in their stilettos. We know Katori has a lot of incredible stories to tell and a lot in store for these women in a second season.”

Hall’s other plays include the Olivier Award-winning “The Mountaintop,” “The Hot Wing King,” “The Blood Quilt,” and “Hurt Village.” She wrote the book for “Tina: The Tina Turner Musical.” She’s produced short films “Arkabutla” and “The One You Never Forget” and also directed the former.