I used to do a lot of hiking when I lived in West Virginia, but I haven’t had nearly as many opportunities since moving to Florida and swapping mountains for beaches. That changed when NordicTrack sent me its Commercial 2950 Treadmill to review. It features a 22-inch HD touch screen on which you can stream a wide variety of iFit workouts, including hikes and runs filmed in locations all around the world, from the mountains of Utah to the streets of Paris. Even better, it automatically adjusts the incline, decline, and speed to match the terrain and your trainer’s pace, so you feel like you’re actually there. At $2,999, the Commercial 2950 isn’t a realistic option for everyone—it’s expensive, difficult to assemble, loud, and requires a good amount of space. But it’s one of the most impressive workout machines I’ve tested, and worthy of PCMag’s Editors’ Choice.

NordicTrack sells iFit-enabled smart treadmills ranging from $1,299 to $3,999. Priced at $2,999 (not including delivery and tax), the Commercial 2950 is the premium model in the company’s Commercial series, which sits between the top-of-the-line Commercial Incline range and the more affordable T Series. 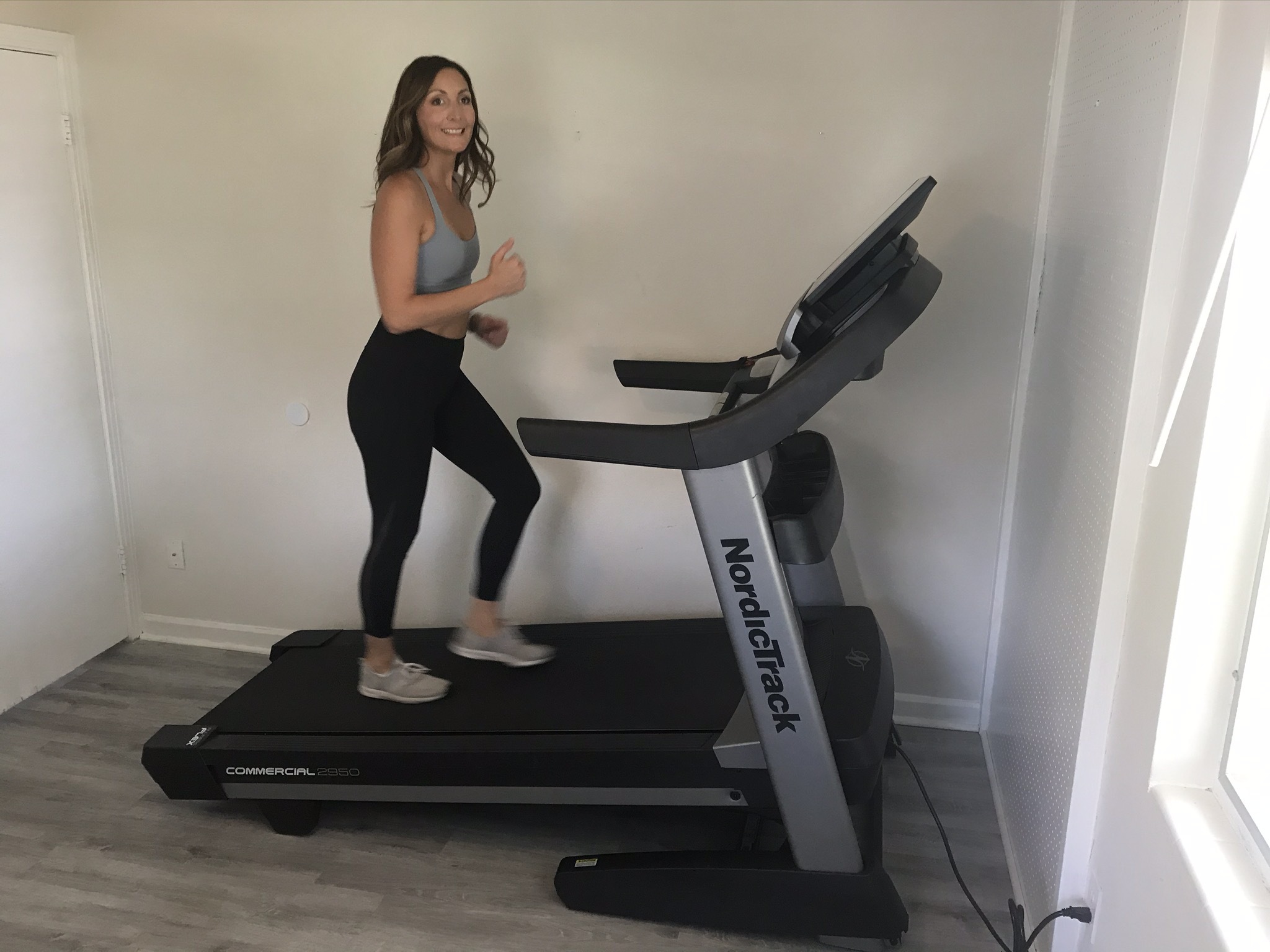 Pelton Tread is about equally bulky at 72.5 by 36.5 by 72.0 inches and 455 pounds. It definitely looks sleeker than the NordicTrack, but it doesn’t fold.

The 2950 supports users up to 300 pounds and features EKG grip sensors for reading your heart rate, dual fans to cool you, cup holders on either side of the screen, and a tray to store things. The screen tilts up and down a couple of inches so you can adjust it for a better viewing angle during workouts off the treadmill. 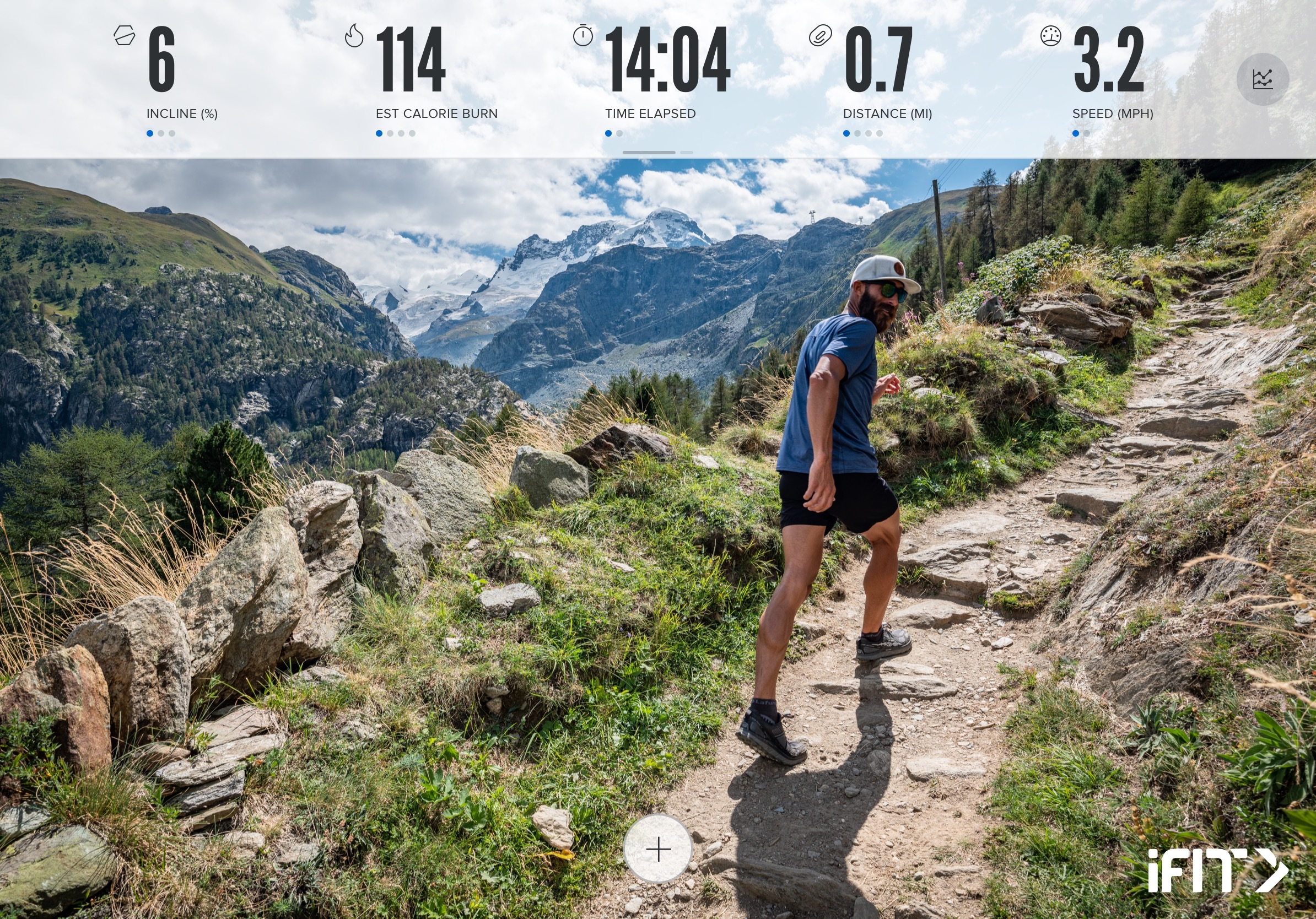 At the moment, NordicTrack is only offering curbside and threshold deliveries and has suspended its white glove assembly service due to COVID-19. That means it will only deliver your machine to your front doorway, or inside the lobby if you live in an apartment complex or condo, and you have to assemble it yourself.

The Commercial 2950 ships partially assembled, protected by styrofoam, in a massive box. Assembly requires two people, so you’ll need to recruit a family member or friend to help (preferably someone handy and strong). In the user manual, NordicTrack says you only need an adjustable wrench and Phillips screwdriver in addition to the included hex key, and advises against using power tools to avoid damaging the parts. 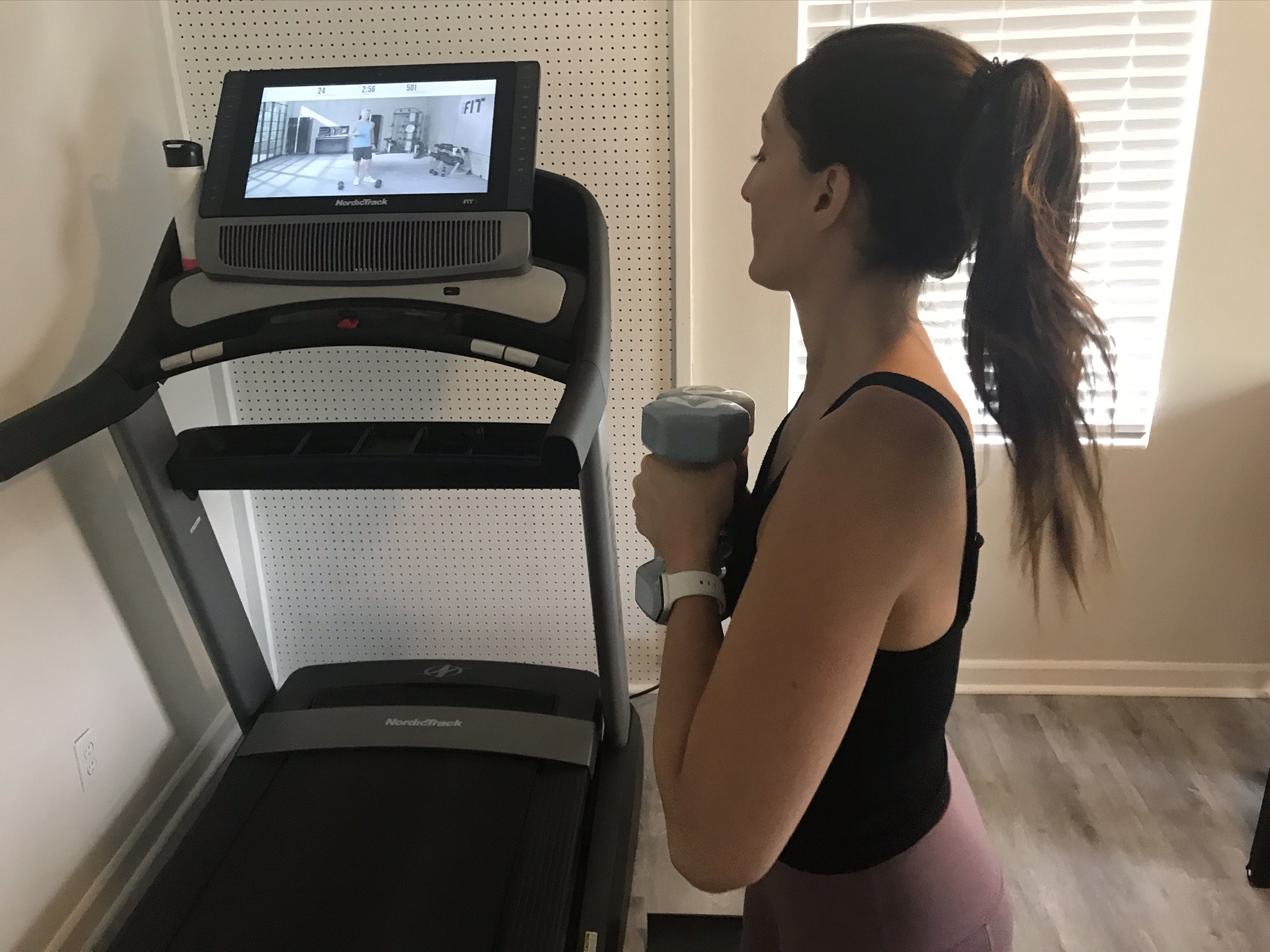 This article does a good job explaining how to determine whether a treadmill will fit in your space.

If you’re confident in your assembly abilities and the height of your ceiling, don’t let my hardships deter you. After using the Commercial 2950, I quickly forgave the troubles of putting it together.

Working Out With the Commercial 2950

If you’re familiar with NordicTrack’s iFit software, as I am from reviewing the RW900 rowing machine, I’ll get straight to the point: You get the same excellent experience on the Commercial 2950. 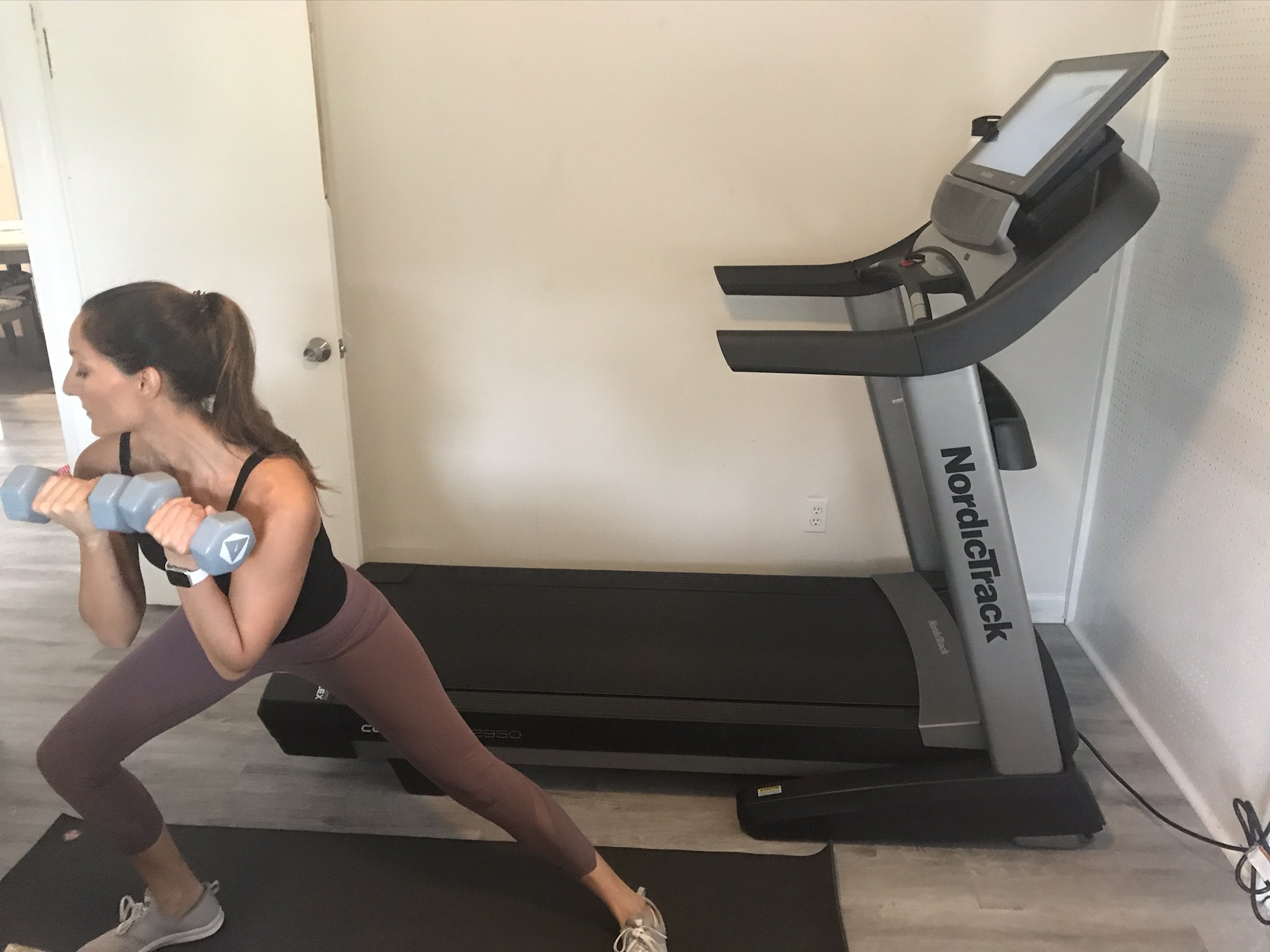 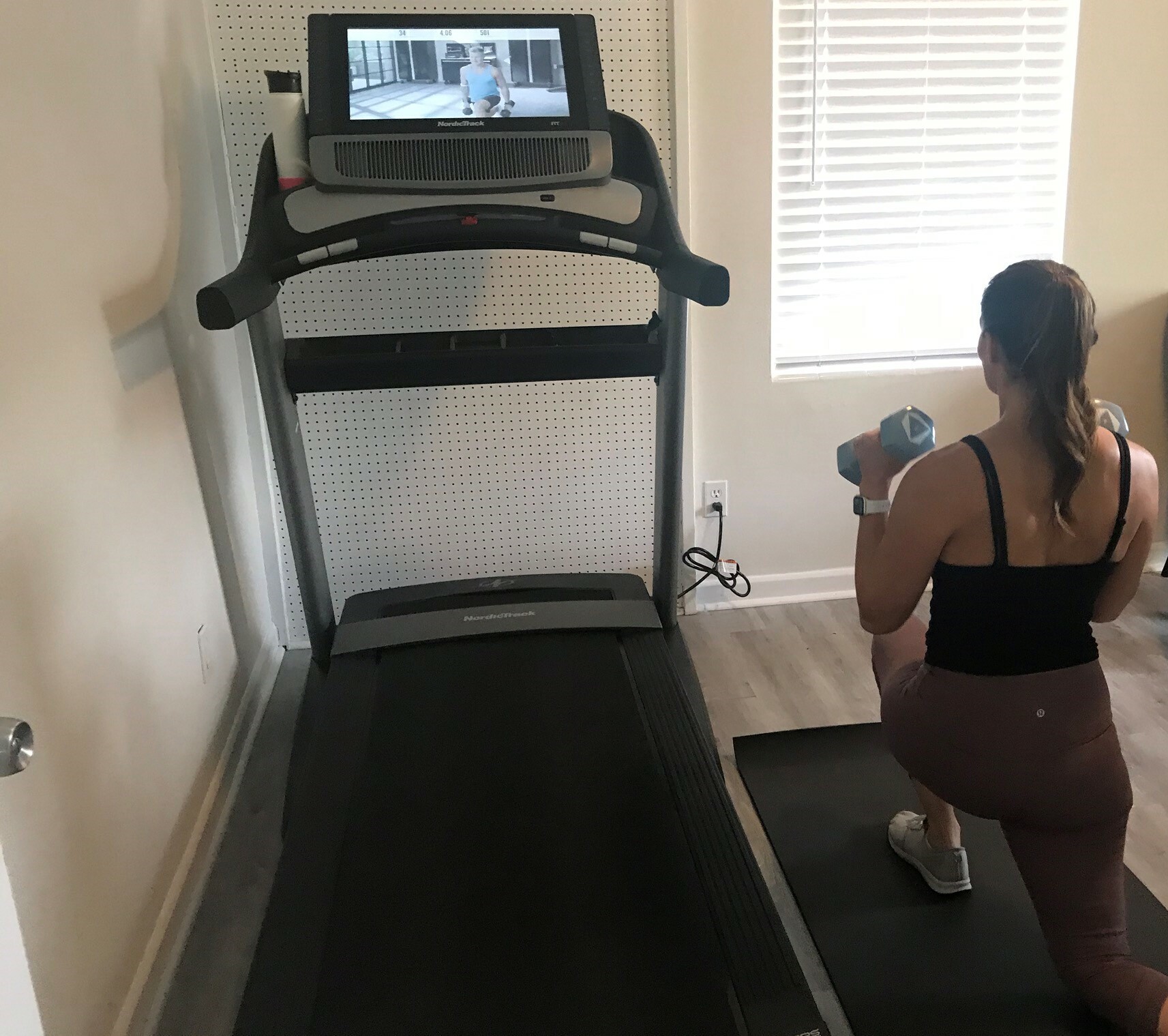 My Experience With the Commercial 2950

A couple of years ago, I had the opportunity to road trip around Utah as part of PCMag’s Fastest Mobile Networks project. I did a little exploring in Zion National Park and Bryce Canyon National Park, but only really had time to pass through and have wanted to go back to hike there ever since. The Commercial 2950 has given me that chance. 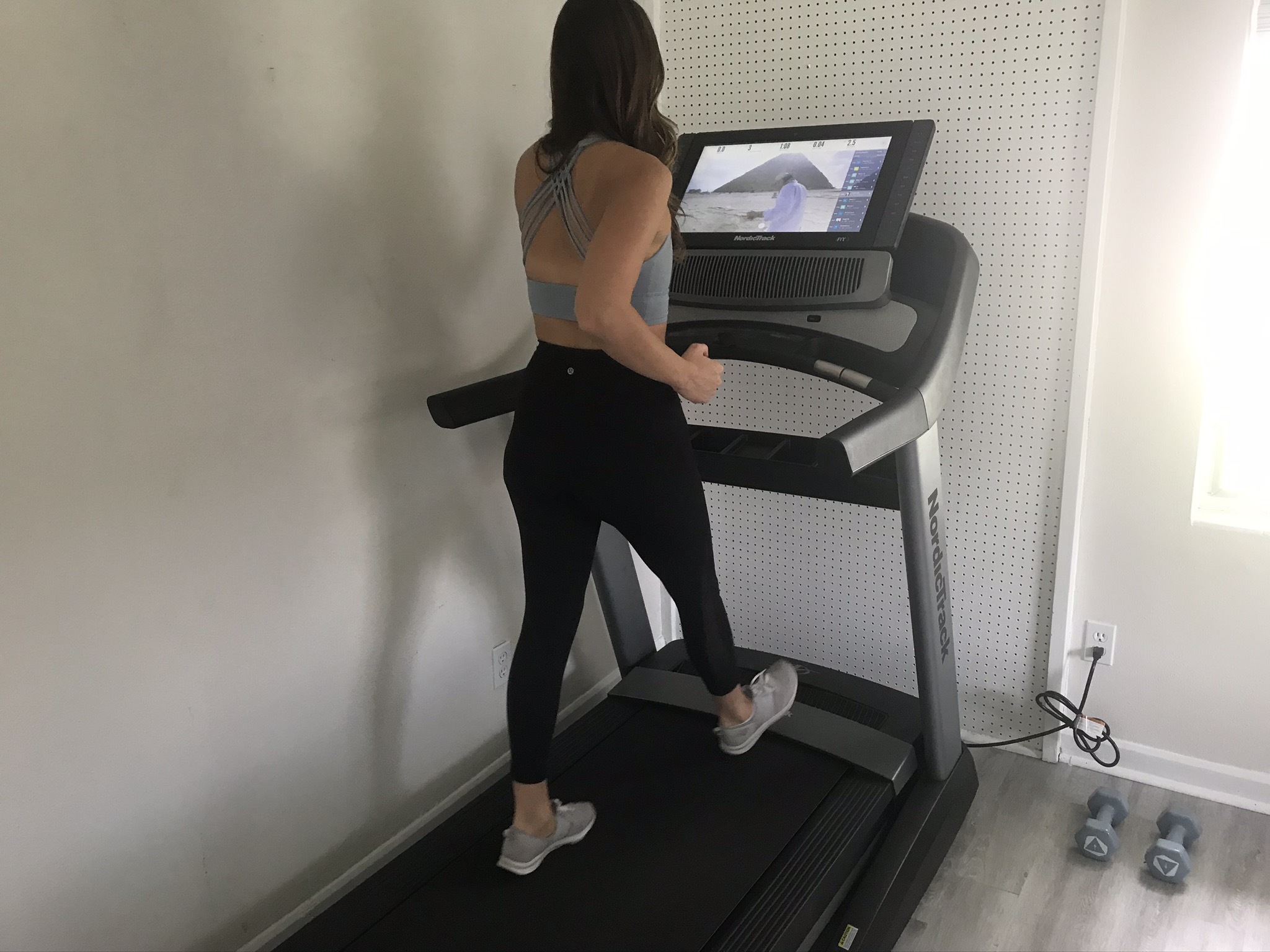 In the connected treadmill market, NordicTrack’s iFit-enabled machines stand out for their ability to automatically control your incline, decline, and speed during workouts. Not even the $4,295 Peloton Tread offers this feature. During Tread classes, the instructor tells you when to adjust your speed or incline, but you have to do it yourself. On the Commercial 2950 and other iFit-enabled treadmills, the machine does it for you (though there’s also manual control if you prefer). When virtually hiking a trail in Hawaii, for instance, your incline will go up as soon as the trainer on screen starts climbing a hill, and it makes you feel like you’re next to them. If you prefer scenic outdoor workouts to studio classes, the Commercial 2950 is definitely the machine for you.

The Tread offers a few advantages over the Commercial 2950, including a sleeker design and more live studio classes. If you’re motivated by competition and don’t mind paying a premium for a more aesthetically pleasing machine, it’s a terrific alternative. But the Commercial 2950 costs almost $1,300 less, and its breadth and variety of global iFit workouts, filmed on all seven continents and led by world-class trainers, combined with its automatic speed and incline controls, is unmatched. For that level of interactivity, the Commercial 2950 is our new Editors’ Choice.