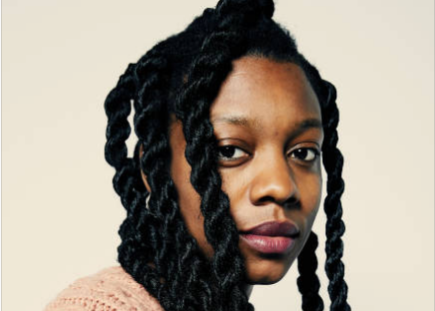 The search for “Captain Marvel’s” director has come to a close. Nia DaCosta has landed the coveted gig and will steer the next installment of the Brie Larson-led franchise. “Although [Marvel] met with several individuals, DaCosta seemed to have the edge for some time,” Deadline reports.

DaCosta made her feature directorial debut with 2018’s “Little Woods.” Set in North Dakota, the critically acclaimed pic stars Tessa Thompson and Lily James as sisters who resort to working outside the law to settle the mortgage on their mother’s house. The drama made its world premiere at Tribeca Film Festival, where DaCosta took home the fest’s Nora Ephron Award, given in honor of a woman writer and/or director.

Her follow-up to “Little Woods,” “Candyman,” is described as a “spiritual sequel” to the 1992 horror pic of the same name. The hotly anticipated title has been delayed due to COVID-19.

Anna Boden and Ryan Fleck directed the first “Captain Marvel,” which hit theaters last year. The comic adaptation tells the story of Carol Danvers AKA Captain Marvel (Larson), a warrior caught in the center of an intergalactic battle. The film took in over $1.13 billion worldwide, and is the highest grossing live-action film ever directed by a woman.

“Even though a budget is unknown, [‘Captain Marvel 2’] is sure to be the biggest-budgeted tentpole to be helmed by a Black female director, following in the footsteps of Ava DuVernay, who directed ‘A Wrinkle in Time,’ which came in at $115 million budget,” the source details.

Larson, who took home an Oscar in 2016 for “Room,” is an outspoken advocate of women directors and critics, and was among the first Hollywood heavyweights to commit to the inclusion rider, which actors can insist on in the negotiation process. The clause ensures that projects have diverse casts and crews. Larson made her feature directorial debut with 2019 Netflix coming-of-age comedy “Unicorn Store.”