If you keep an eye on memory usage on your Windows devices and run a device with Windows 10 version 2004, you may have noticed that Microsoft’s new Chromium-based Microsoft Edge web browser uses less memory on that version of Windows.

The new Microsoft Edge web browser uses the same core as Google Chrome, and Google’s browser is notorious for using a lot of RAM when it is in use. Memory use depends largely on the activity on the Internet; users who open just one or two sites will see less memory usage usually than users who open lots of sites and keep them active.

Microsoft seems to have found a way to reduce the memory usage of the company’s new web browser but only on Windows 10 version 2004. The company released the feature update for Windows 10 last month and has rolled it out slowly to eligible devices. 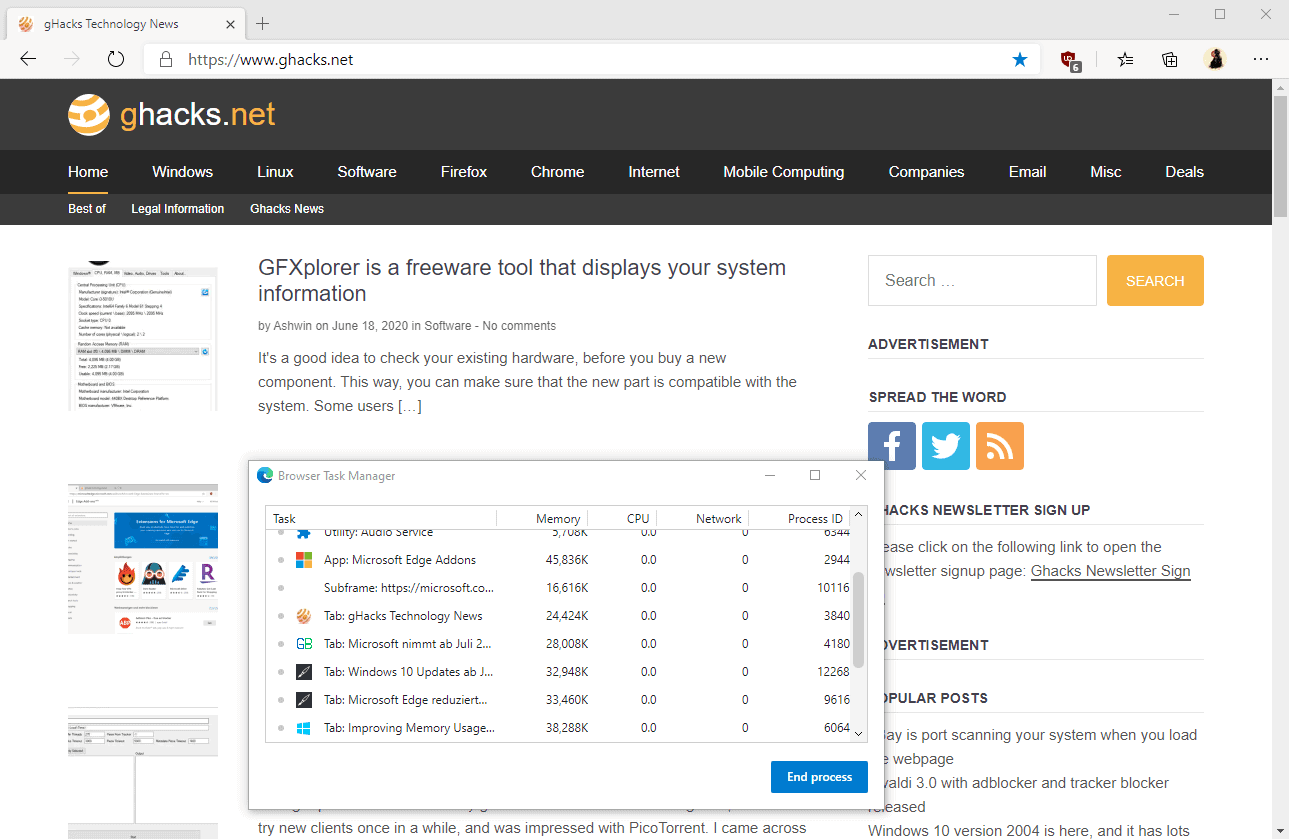 According to a blog post by Microsoft Principal PM Manager, Microsoft Edge, Kim Denny on the Microsoft Edge Dev blog, the new Microsoft Edge may use up to 27% memory less on the new version of Windows 10 than on previous versions.

Segment Heap has been available to UWP applications only in previous versions of Windows 10. Microsoft announced Project Reunion recently in an attempt to unify the Windows development platform. With UWP having stayed behind expectations, Microsoft decided to unlock UWP specific APIs such as segment heap so that Win32 programs can use these as well.

Microsoft Edge is the first Win32 application that makes use of segment heap but the API is available for all developers. It is possible that other browsers, e.g. Firefox or Chrome, and also other programs, make use of the API to reduce the memory usage of applications that run on the Windows 10 platform. (via Deskmodder)

Thank you for being a Ghacks reader. The post New Microsoft Edge browser users up to 27% less memory on Windows 10 version 2004 appeared first on gHacks Technology News.