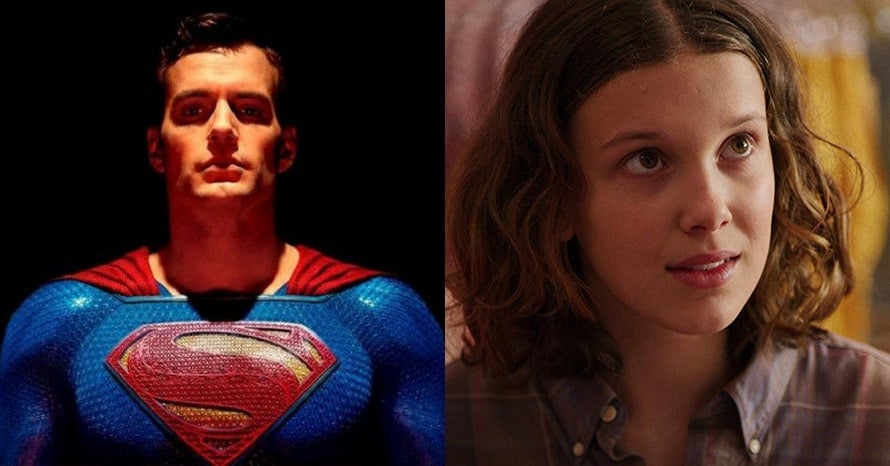 Netflix has delivered the first look at Millie Bobby Brown and Henry Cavill in Enola Holmes, focusing on the famous detective’s younger sister.

Stranger Things star Millie Bobby Brown will appear alongside Henry Cavill in Netflix’s Enola Holmes, which focuses on Sherlock Holmes’ young sister who gets involved in her own mystery after the disappearance of her mother, Eudoria, played by Helena Bonham Carter. The young detective will break the fourth wall and talk to the camera as she escapes the finishing school her brother Mycroft (played by Sam Claflin) sends her to. Brown told USA Today that getting into the sibling dynamic wasn’t difficult as she annoyed Cavill on-set.

“Obviously, me being me, I annoyed Henry every day. I was always telling him about the boys I liked in hair and makeup, and he’d be like, ‘Millie, shut up. I do not want to hear this.’”

The first look at the Netflix film came from USA Today, with director Harry Bradbeer explaining what it is about Enola Holmes that makes her unique from her famous brother. Bradbeer opened up about the character, saying she uses her intelligence in a funnier way than Sherlock ever did. The new photos from USA Today show off Millie Bobby Brown alongside Henry Cavill and Sam Claflin, with one still in particular shows her breaking the fourth wall.

“She was so intelligent, but she used it in more of a humorous way whereas Sherlock Holmes really didn’t. She needed us on this journey. It wasn’t just playful. It was necessary. You get a sense of the unreliable narrator because she talks to us with more bravura than she really has. She has that headstrong arrogance of a teenager that tries to hide the fear underneath.”

Take a look at Netflix’s Enola Holmes below.

Sherlock and Mycroft Holmes have a younger sister — and this September, she’s taking her first case.

Are you excited to see Enola Holmes? What do you think about Millie Bobby Brown and Henry Cavill’s casting in the Netflix film? Sound-off in the comments below!