No physical fans, no problem. Microsoft is helping the NBA to beam in fans virtually into the basketball arenas when the season restarts next week. 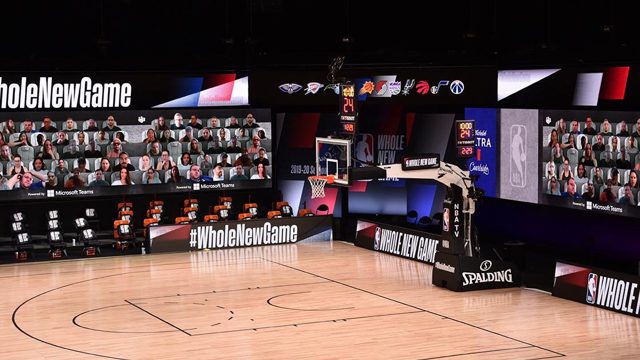 The NBA is going to restart its basketball season with virtual fans in the stands.

Due to COVID-19, the league is being forced to play out the rest of the season in seclusion in Orlando, Florida. And so, sadly, crowds in physical attendance won’t be allowed. But don’t worry; some lucky fans will be able to pop up virtually.

When the games restart, the NBA is going to use Microsoft’s video conferencing software, Microsoft Teams, to display people’s faces on giant LED screens that’ll be placed in the stands. “More than 300 NBA fans each game will be invited to appear live on the ‘Michelob ULTRA Courtside’ 17-foot video boards surrounding the court,” the league said in today’s announcement. Together mode feature, which was introduced earlier this month. The video mode is designed to put all the meeting participants together in shared virtual background, for instance an auditorium hall. The effect makes it seem like everyone is sitting in a room all together — a change from each participant appearing in their own virtual box.

“Alongside a view of their fellow fans, participants can watch a live feed of the game right within Teams,” Microsoft said in a blog post explaining the feature. “Players, meanwhile, will experience their energy and support as they dribble down the court and see fans’ real-time reaction,” the company added. 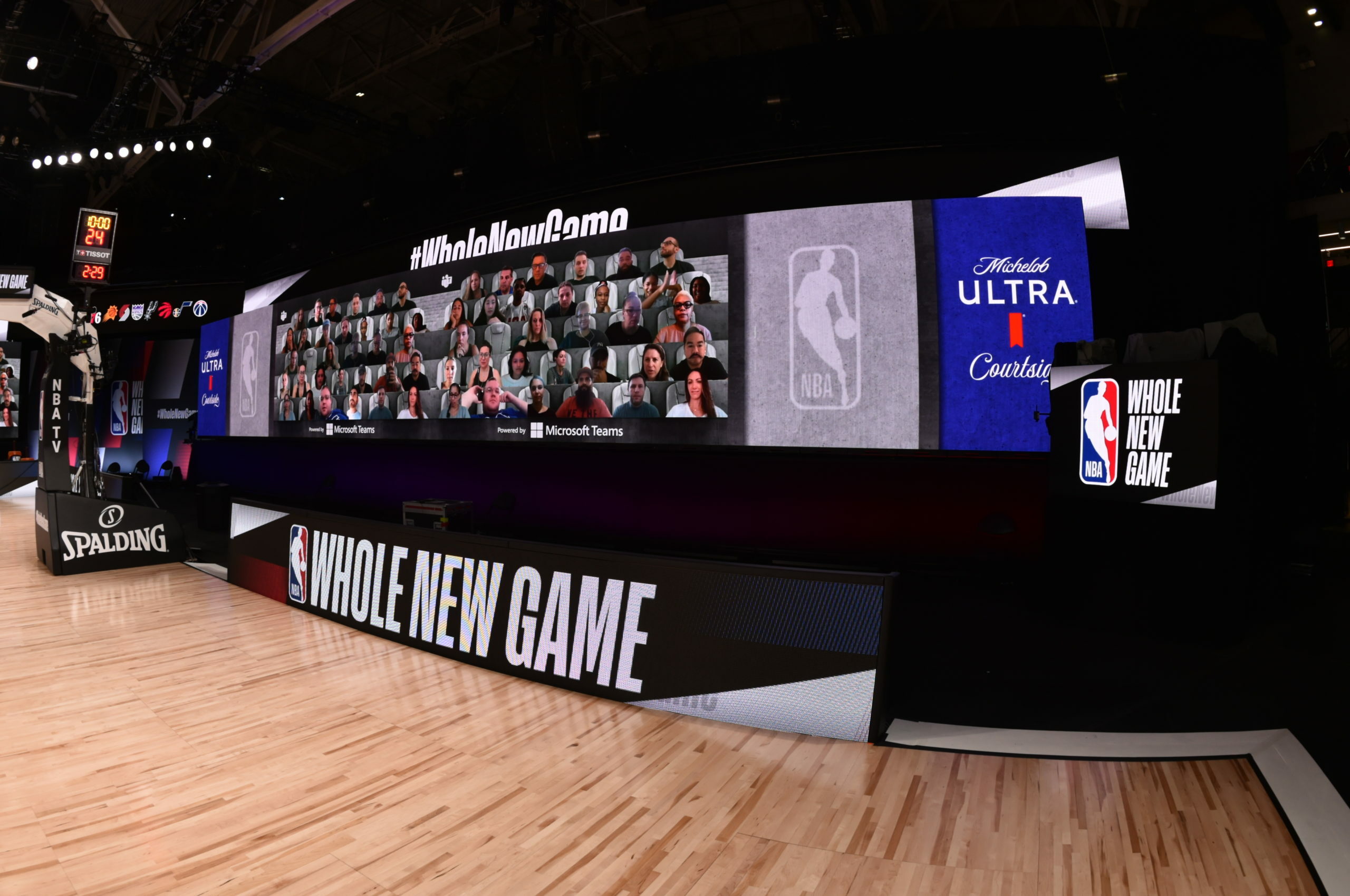 became the official technology partner of the NBA to help the league create new digital experiences to promote basketball and reach fans. The NBA plans on kicking off the experience on July 30th when the season officially restarts.

NBA partner Michelob Ultra is going to be selecting the lucky fans. “Starting Thursday, July 30, fans can visit www.ultracourtside.com and follow Michelob ULTRA’s social channels for details on how to win access as well as additional exclusive giveaways and experiences,” the beer brand said.