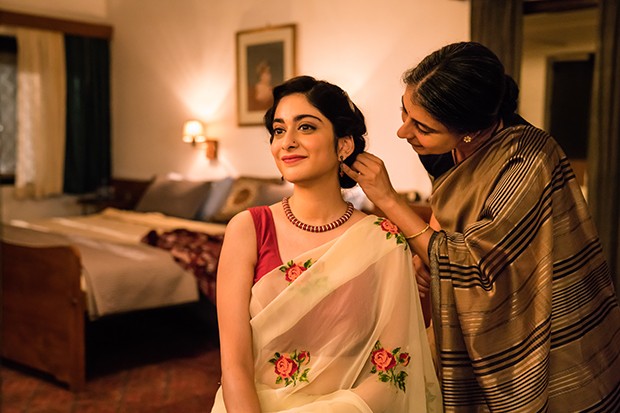 “A Suitable Boy” is coming stateside. A press release announced that AMC Networks’ Acorn TV snagged exclusive U.S. and Canada premieres of the Mira Nair-directed period drama, which made history as the first TV show to close out the Toronto International Film Festival. The six-part series aired on the BBC this summer, and marked the network’s first project with an entirely non-white cast.

Based on Vikram Seth’s novel of the same name, “A Suitable Boy” is described as “an epic tale of life and love set in vibrant 1950s India.” It follows 19-year-old university student Lata Mehra (Tanya Maniktala, “Flames”) “as she comes of age in North India in 1951, at the same time as the country is carving out its own identity as an independent nation and is about to go to the polls for its first democratic general election,” the series’ official synopsis details.

“Vikram tells the story of a free India and our people with wit, clarity, and love — I am deeply honored to be the one bringing this intimate, epic tale of an unseen India to the world,” said Nair. “Today, ‘A Suitable Boy’ is timelier than ever. With a mix of legendary and cutting-edge actors from the subcontinent, shooting entirely on location in palaces, villages, and streets across northern India, we will keep the history and dream of an alternate India alive.”

Don Klees, SVP Programming, Acorn TV, added, “’A Suitable Boy’ is one of the most sought after period dramas in recent years, so Acorn TV is thrilled to partner with BBC Studios to bring Mira Nair’s sumptuous, gorgeously-filmed period drama to U.S. audiences. With acclaimed screenwriter Andrew Davies adapting the landmark novel, beautiful locations, and an incredible cast, the six-part series is the latest example of the high quality period dramas that Britain has excelled at for decades and U.S. and Canadian audiences are sure to love.”

Nair most recently directed “Queen of Katwe,” Disney’s biopic of Phiona Mutesi, a Ugandan girl who learned how to play chess while living in a slum. She went on to compete at the World Chess Olympiads. “Monsoon Wedding,” “Mississippi Masala,” and “Salaam Bombay!” are among Nair’s other credits.