Devices that run Windows 10 version 1809 will soon be upgraded to a newer version of Microsoft’s operating system according to release information on Microsoft’s Docs website.

Windows 10 version 1809 support ends on November 10, 2020 and devices that still run that version of Windows 10 after the November 2020 Patch Tuesday will not receive any security updates anymore.

Microsoft started to push new feature updates to Windows 10 version 1809 devices in June 2020. The company plans to increase the forced roll-out of the updates in the coming weeks and months provided that updates are not blocked on these devices.

In June we will slowly restart initiating feature updates for devices running Windows 10, version 1809 (the October 2018 Update) Home and Pro editions, in advance of the delayed November 10, 2020 end of service date to provide adequate time for a closely monitored and smooth update process, to keep those devices supported and receiving the monthly updates that are critical to device security and ecosystem health. 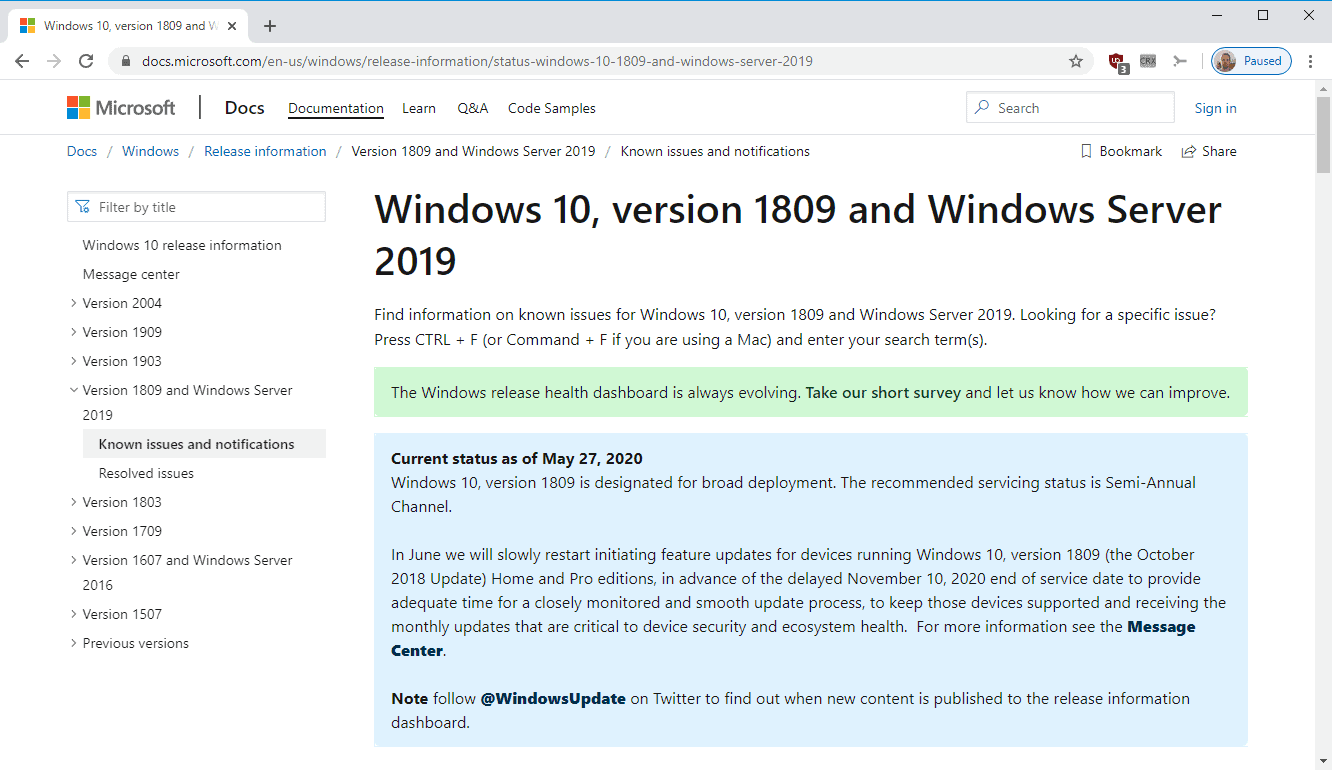 The selected feature update seems to be Windows 10 version 2004, the latest feature update for Windows 10 at the time of writing. While it may make sense on paper to upgrade users to the latest version, as it ensures that the next feature update does not need to be enforced in a couple of months, it is problematic because of all the issues of that particular version of Windows 10.

The manual upgrade option is also the only option for devices that cannot be upgraded using Windows Update. If the feature update is not offered via Windows Update, administrators need to update manually by downloading an ISO image or using tools such as the Media Creation Tool to create installation media.

Now You: do you run Windows 10? If so, which version and why?

Thank you for being a Ghacks reader. The post Microsoft starts to enforce feature updates on Windows 10 version 1809 appeared first on gHacks Technology News.

Diablo Immortal: everything there is to know about Blizzard’s mobile RPG

What is OLED? Black levels, burn-in, and contrast ratios explained

Xbox Series X stock is back at Game, bundles available to pre-order

Amid One Pandemic, Students Train for the Next

Make The Move To A Career In IT With This Bundle