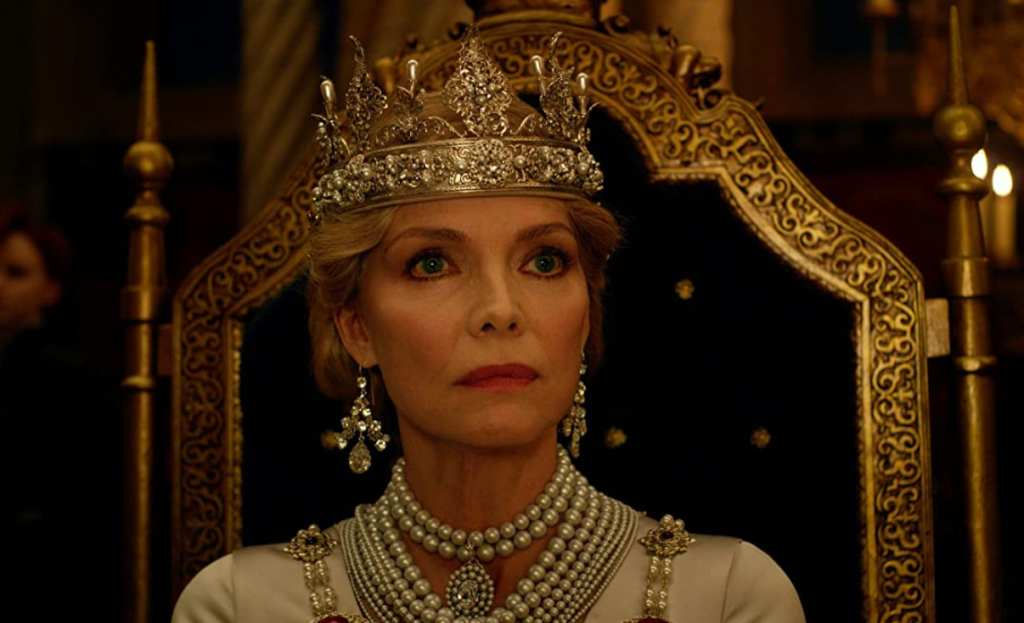 Michelle Pfeiffer and Susanne Bier are teaming up to bring Betty Ford’s story to the small screen. The Oscar-nominated actress and Oscar-winning Danish director will join Viola Davis in “The First Lady,” an upcoming Showtime anthology series about former First Ladies. Variety confirmed the news.

The wife of President Gerald Ford, Ford was the U.S.’s First Lady from 1974-1977. Rather than being relegated to the sidelines of the White House, Ford was “active in social policy and set a precedent as a politically active presidential spouse and one of the most candid first ladies in history, commenting on every hot-button issue of the time. She also raised awareness of addiction when she made her long-running battle with alcoholism and substance abuse public,” the source details.

“The First Lady” was formerly known as “First Ladies,” and revisits American leadership “through the lens of the women at the heart of the White House.” Davis is already locked in to play Michelle Obama. The series’ first season will also focus on Eleanor Roosevelt, with that role yet to be cast.

“Michelle Pfeiffer and Susanne Bier have joined the brilliant and incomparable Viola Davis to bring the remarkable stories of these women into urgent, engrossing, and long overdue focus,” said Amy Israel, executive vice president of scripted programming at Showtime. “Michelle brings authenticity, vulnerability, and complexity to all her roles, and Susanne is a visionary director who commands the screen with fierce honesty and a singular visual style. With these formidable artists in front of and behind the camera, we couldn’t be more thrilled – especially at this unique moment in time for our nation – about the powerful promise of ‘The First Lady.’”

A three-time Oscar nominee, Pfeiffer received nods for “Love Field,” “The Fabulous Baker Boys,” and “Dangerous Liaisons.” She landed an Emmy nod for her supporting role in HBO’s Bernie Madoff biopic “The Wizard of Lies.” “Maleficent: Mistress of Evil” and “Avengers: Endgame” are among her most recent credits.

Bier’s “In a Better World” took home the International Feature Film award at the 2011 Oscars. Her 2007 drama “After the Wedding,” later remade stateside with Julianne Moore and Michelle Williams, also scored a nod in that category in 2007. Bier won an Emmy for directing AMC spy series “The Night Manager.” Her last pic, 2018 Sandra Bullock-starrer “Bird Box,” was a smash success on Netflix. Most recently, Bier directed Nicole Kidman’s hit HBO mystery “The Undoing.”