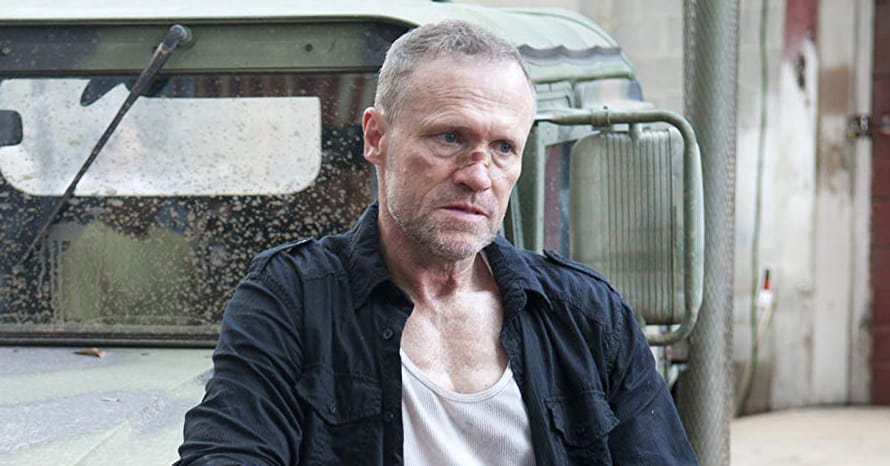 Michael Rooker recently reflected on Merle Dixon in The Walking Dead and opened up about AMC’s handling of the character.

The Walking Dead series on AMC began back in 2010 and is now approaching its eleventh season. In season one, we were introduced to Michael Rooker’s Merle Dixon, the brother of Daryl. Merle was infamously left on a rooftop handcuffed by Rick and appeared as a hallucination before returning in season three as the Governor’s right-hand man and coming to his end.

‘The Walking Dead’ Actor On His Character’s Surprise Death: ‘I Was Pissed’

Before his appearance at GalaxyCon Live over the weekend, Michael Rooker talked to SyFy Wire about all the iconic roles he has played over the years. At one point in the interview, Rooker opened up about playing Merle Dixon in The Walking Dead and said the following:

“It’s basically three years of work, and they held off on the second season. I’m not sure AMC knew what to do with the character. They held off and they held off, and the moment I came back in the sequence when Norman’s character has fallen down into the ravine and I end up being his guardian angel who comes to him and antagonizes him enough to force him to get up and climb. It was just a gorgeous way to bring the character back.”

Were you satisfied with how AMC dealt with Merle Dixon in The Walking Dead? Let us know in the comments section below!

Here is the official synopsis for The Walking Dead season ten:

A few months after the end of Season 9, the collected communities are still dealing with the after effects of Alpha’s horrific display of power, reluctantly respecting the new border imposed on them, all while organizing themselves into a militia-style fighting force, preparing for a battle that may be unavoidable.

Stay tuned to Heroic Hollywood for the latest news on The Walking Dead and make sure to subscribe to our YouTube channel for more video content in the future!

The post Michael Rooker Thinks AMC Didn’t Know What To Do With Merle Dixon In ‘The Walking Dead’ appeared first on Heroic Hollywood.

Chris Lopez: I May Get Back Together with Kailyn Lowry!

Armie Hammer: Being Divorced Is Great! I Get to Bang Beauty Queens!