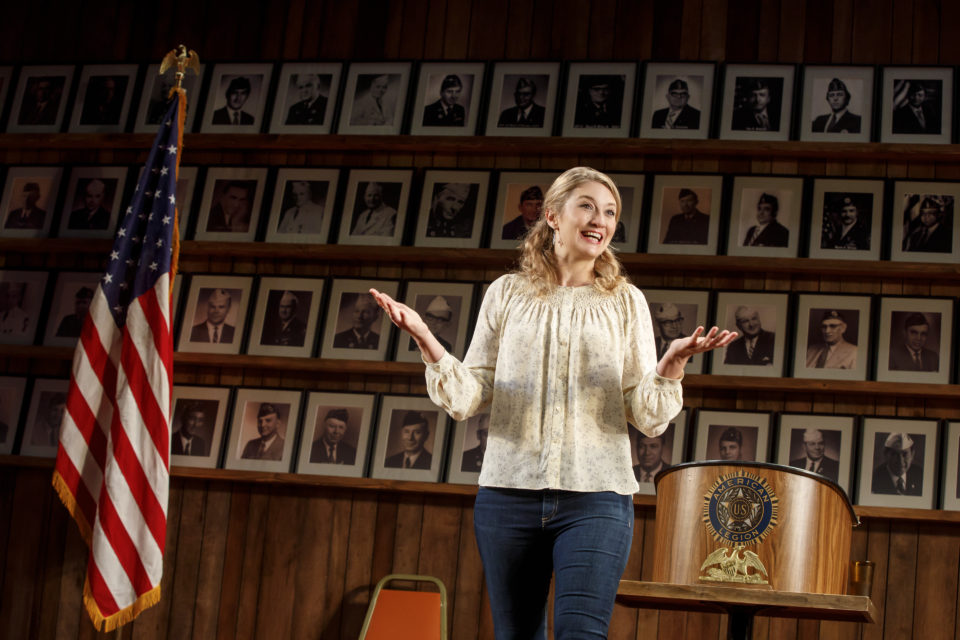 Schreck in “What the Constitution Means to Me”: Joan Marcus

Marielle Heller is set to follow up her celebration of American hero Mister Rogers with a civics lesson for Amazon Prime Video. The “Beautiful Day in the Neighborhood” helmer directed a filmed version of Heidi Schreck’s Pulitzer Prize finalist and Tony-nominated play “What the Constitution Means to Me” during the final week of its Broadway run. It will debut on the streamer October 16. Variety confirmed the news.

“What the Constitution Means to Me” sees playwright and star Schreck revisiting the Constitution lectures she gave as a teenager for college scholarship money. Schreck takes on the role of her 15-year-old self to break down the document’s effects on the lives of women past and present.

Schreck and Heller are among the project’s exec producers. The former also signed an overall deal “to create content that will premiere exclusively on Prime Video,” the source notes.

“I’m delighted with how beautifully Mari Heller has translated ‘Constitution’ to the screen and I’m thankful to Big Beach and Amazon Studios for making it possible to share the show with more people — especially right now when we can’t gather together in theaters,” Schreck said in a statement. “In light of the moment we are living through, I am donating part of my proceeds from this film to the Broadway Cares COVID Relief Fund and to the NAACP Legal Defense Fund’s Voting Rights 2020 Initiative.”

Amazon Studios’ COO and co-head of Television Albert Cheng added, “Heidi Schreck is one of today’s most relevant and original voices, and ‘What the Constitution Means to Me’ delivers a point of view that is equal parts hilarious, heartbreaking, and hopeful.” We are proud to bring the award-winning Broadway show to the screen for Prime Video and we know that Schreck’s next projects will embody the same intelligence and humanity.”

“Grand Concourse,” “Creature,” and “There Are No More Big Secrets” are among Schreck’s other plays. She’s also written for TV on series such as “I Love Dick,” “Billions,” and “Nurse Jackie.” She appeared in the latter two.

Heller’s last film, “A Beautiful Day in the Neighborhood,” hit theaters in 2019. Her other films include “Can You Ever Forgive Me?” and “The Diary of a Teenage Girl.”

“Appreciate those who came before you,” Heller urged when we asked her advice for women directors. “Learn what they went through and recognize that because of them, and only because of them, you can be seen and welcomed — and sometimes even respected.”